Penal Code (PC) 290 is the California statute that makes it a crime for a sex offender to fail to register as one with the local authorities. California law requires sex offenders to register every year within five working days of their birthday, and every time they move to a new address.

A person is a “sex offender” if he or she gets convicted of one of the sex crimes listed in PC 290. Some of these include:

“Every person...while residing in California, or while attending school or working in California…shall register with the chief of police of the city in which he or she is residing…”

Luckily, there are several legal defenses that a person can raise. These include showing that:

The penalties for failing to register depend on whether the original sex offense the offender committed was a misdemeanor or a felony.

If convicted of a sex crime that is a misdemeanor, then failure to register is also a misdemeanor - punishable by up to one year in county jail.

If convicted of a sex crime that is a felony, then failure to register is also a felony – punishable by a state prison sentence of up to three years.

Note that if a person is convicted of an offense under Penal Code 290, this conviction will likely have: 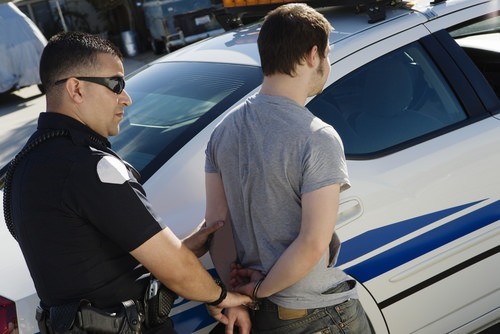 Penal Code 290 PC is the California statute that makes it a crime for a sex offender to willfully fail to register as one with the local authorities.1

A person is a “sex offender” if he gets convicted of one of the sex crimes listed in PC 290.

A prosecutor must prove four things in order to successfully convict a defendant under this statute. These are that the accused:

The purpose of section 290 is to assure that persons convicted of sex crimes will be readily available for police surveillance at all times. This is necessary because the California Legislature has found them likely to commit similar offenses in the future.3

For purposes of PC 290, “residence” means one or more addresses at which a person regularly resides. This includes a shelter or structure that can be located by a street address, including recreational and other vehicles.4

Note that registration is also required of transients under this statute. A “transient” means a person who has no residence.5 While transients may not be able to provide authorities with an address to a residence, they have a duty to inform the police of their general whereabouts.6

Note that this requirement places duties on authorities. For example, in instances where an inmate is released on parole, he must be informed of his duty to register by the official in charge of the place of confinement.8

Note though that a defendant cannot try to avoid this element by saying that he forgot about his duty to register. This means forgetfulness is not a defense to a charge under Penal Code 290.9 As one California court has stated:

“Although forgetfulness may temporarily or momentarily negate the immediate awareness that one must undertake a given action at a given time, it does not alter or affect the underlying knowledge that such action is required.”10

But note that the court has stated that mental weakness might be a defense to a PC 290 charge.11 This fact means that forgetfulness could be a valid defense in the situation where it has some type of medical basis (e.g., Alzheimer's or senility).

Someone commits an act “willfully” when he does it willingly or on purpose.

It is not necessary that the defendant intended to break the law.12

1.4. When and how long for registration

Note that once a sex offender registers with local authorities, this registration has to be renewed:

Transient sex offenders must register once every 30 days in addition to the annual birthday registration.

Note that California Senate Bill (SB) 384 created a three-tier sex offender registry that sets forth the period of time for which a sex offender has to register as such. Tier three offenders represent those convicted of the most serious sex offenses. According to SB 384:

2. Are there legal defenses to a charge of failure to register?

Recall that an accused is only guilty under this code section if he willfully failed to register as a sex offender. This means it is always a legal defense for an accused to show that he did not act willingly or on purpose. For example, perhaps an offender did not register because he was hospitalized for an illness.

Under this defense, an offender would argue that he sent all of his registration information into the police, but they lost it. The strength of the defense rests with whether or not the accused has evidence that he did in fact take all steps required to register.

Recall that under PC 290 a prosecutor must prove that a defendant knew of his duty to register as a sex offender. It is a strong defense, therefore, for an accused to show that he had no knowledge of a duty to register. For example, perhaps a judge or lawyer failed to clearly articulate this duty and the defendant did not understand his registration requirements.

3. What are the penalties for violating PC 290?

The penalties for failing to register as a sex offender depend on whether the original sex offense the offender committed was a misdemeanor or a felony.

If convicted of a sex crime that is a misdemeanor, then failure to register is also misdemeanor.14 The possible penalties include:

If convicted of a sex crime that is a felony, or if prior convictions of violating PC 290, then failure to register is a felony.16 The possible penalties include:

4. Are there immigration consequences if a person fails to register as a sex offender?

A PC 290 conviction, on its own, will generally have no negative immigration consequences.

The major categories of “deportable crimes” or “inadmissible crimes" are:

A violation of PC 290 does not fall into one of these categories. However, note that if the defendant's underlying sex related charge does, he may face negative immigration consequences.

5. Can a person get the conviction expunged?

A person convicted under PC 290 can try to get the offense expunged.

Under Penal Code 1203.4, an expungement releases an individual from virtually "all penalties and disabilities" arising out of the conviction.19

This means that once a defendant has successfully completed probation for violating PC 290 (and his underlying offense), or serving a jail term for the same, he may begin trying to get the crime expunged.

Note, though, that even if the offense is expunged, the person will still have to register as a sex offender. 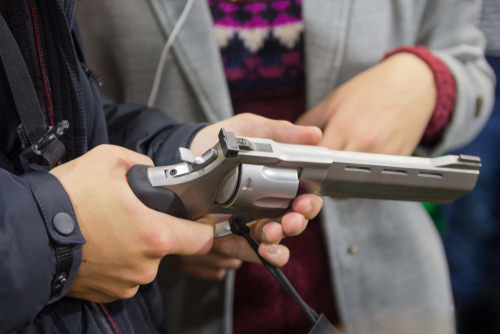 6. What is the effect on gun rights?

A conviction under Penal Code 290, on its own, may have an effect on the convicted party's gun rights. It all depends on whether the crime is charged as a misdemeanor or a felony.

Given the first category above, if an offender's PC 290 charge is a felony, then a conviction would mean he would have to give up any gun ownership and possession rights.

7. Are there laws related to the failure to register?

There are three laws related to the failure to register as a sex offender. These are:

A habitual sexual offender is guilty of a felony. The crime is punishable by imprisonment in the state prison for 25 years to life.22 Probation is generally prohibited.23

Penal Code 12022.3 PC is the California statute that creates a firearm sentencing enhancement for anyone who uses or possesses a gun during the commission of a certain sex offense.24

A “certain sex offense” includes (but is not limited to):

If a defendant uses or possesses a gun during a sex crime, then in addition and consecutive to his sentence for the underlying sex offense he faces:

Penal Code 288 PC is the California statute that makes it a crime for a person to commit a “lewd act” with a minor child.27

A person commits a “lewd act” when he either:

The specific penalties for violating PC 288 will vary depending on:

Note, though, that penalties may very well include imprisonment in a county jail or the state prison for several years.

Were you accused of failing to register as a sex offender in California? Call us for help…

If you or someone you know has been accused of a crime under Penal Code 290 PC, we invite you to contact us for a free consultation. We can be reached 24/7 at 855-LawFirm.

For similar accusations in Nevada, please see our article on: “NRS 179D.550 - "Failure to Register as a Sex Offender" in Nevada.”