Falsely Accused of Rape? Advice from a former D.A.

“Date rape” is a term commonly used to describe nonconsensual sexual intercourse that takes place between people who (1) are or were dating, or (2) are voluntarily spending time together.  While date rape sounds more casual than a typical rape charge, the two are, in fact, one and the same.  Both are prosecuted and punished under Penal Code 261 PC, California’s rape law1.

Unfortunately, it is possible for a woman to make false accusations of rape, and date rape in particular, against her boyfriend or romantic partner. She may be angry at him because she feels he is cheating on her, neglecting her, rejecting her, or about to break up with her. She retaliates by going to the police and accusing him of date raping her.

What should I do if I am accused of rape?

If you have any hint that someone may be accusing you of date rape, consult with a criminal defense attorney immediately. Don’t engage in any further conversations with the accuser or the police.

The authorities will likely have her make a secretly-recorded “pretext call” to try to trick you into making some sort of incriminating statement. Don’t take the bait. The only person you should be speaking with about the situation is a lawyer.

If, on the other hand, you believe you have been the victim of rape you should contact the police immediately. You may also wish to contact a caring California personal injury lawyer to help protect your rights during what is an extremely difficult time.

Below we will discuss some issues that are more prevalent in California acquaintance rape cases — such as issues that relate to consent in “social” situations.

If you have sex with an individual who voluntarily consumes enough alcohol and/or drugs to the point where he/she is unable to resist the sexual encounter, prosecutors could charge you with Penal Code 261 PC date rape.

Example: Tom and Jody go out on a date and later back to Tom’s place for drinks. Jody gets so drunk that she passes out. While she’s passed out, Tom pulls down her pants and begins having sex with her. Under these circumstances, Tom could be charged under California’s date rape laws.

In individual cases, it’s up to the judge or jury to determine whether…under the circumstances…the accused knew or reasonably should have known that the alleged victim was, in fact, too intoxicated to consent to the activity. 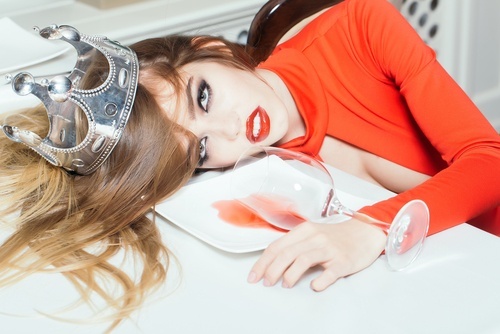 If you or someone else secretly provides an individual with alcohol or drugs (commonly referred to as “date rape drugs”) that renders him/her unable to resist or consent to sexual intercourse…and you then engage in sexual intercourse with that individual…prosecutors could charge you with California date rape.

Example: Richard, while staying at a hotel, goes downstairs and meets Rachel at the hotel bar. While Rachel looks away, he slips the drug Rohypnol in her drink. As she loses consciousness, he assists her to his room and engages in sexual intercourse with her. Under these circumstances, Richard can be charged with date rape (along with battery and other criminal charges).

Even if you and the alleged victim have had sex before, consent may still be an issue

Just because you and the alleged victim have previously engaged in sexual intercourse doesn’t mean that he/she necessarily consented on the occasion in question.  This fact does not in-and-of-itself constitute consent without additional evidence of consent2.  However, it is a fact that can be considered in determining whether consent was given.3

California rape law holds that every act of sexual intercourse must be consensual.  This is why even a married individual can be convicted of raping his/her spouse under Penal Code 262 PC spousal rape4.

One of the penalties for a date rape conviction includes a “tier three” lifetime duty to register as a sex offender pursuant to California Penal Code 290.5 This is one of the reasons why it is critical to consult with a California sex crimes defense attorney as soon as someone accuses you…or even threatens to accuse you…of this very serious offense.

Note that when the victim is at least 18 and is incapable of giving consent due to a mental disorder or developmental or physical disability, rape is only a tier two offense carrying just a twenty-year registration requirement. (California Senate Bill 384 recently created the three-tier sex registration system.)

As top Los Angeles criminal defense lawyer John Murray explains6, “California date rape…like many other sex offenses…is often falsely charged.  Since an individual can accuse another person of date rape with little or even no evidence, people frequently accuse others of this charge out of jealousy, anger, and even revenge.”

At one time, felony (formal) probation rather than a state prison sentence was a possibility in rape cases that did not involve force or fear.

But in 2016, in response to public outrage over a lenient sentence for Brock Turner (a Stanford student convicted of several sexual assault charges), the California legislature changed the law. As of January 1, 2017, probation is not an option--and state prison time is mandatory--in rape cases where the victim was asleep, unconscious, or too intoxicated to give consent.7

This means that most people convicted of date rape in California can expect to serve time in state prison and will not have the option of probation.

A skilled California sex crimes defense attorney knows how to investigate and uncover the facts that are necessary to either acquitting or…at the very least…reducing your date rape charge to a less serious offense.

If you have additional questions about California date rape charges, or you would like to discuss your case confidentially with one of our California sex crimes defense attorneys, we invite you to contact us.

When Can Someone Sue for “Date Rape” in California?

Victims of acquaintance rape have the right to sue for sexual assault in California. It is not necessary to secure a criminal conviction first. In fact, charges do not even need to be filed.

Possible compensatory damages for a victim of acquaintance rape can recover include:

In particularly reprehensible cases, a victim may even be entitled to punitive damages.

Accused of acquaintance rape in California? Call us for help…

If you or a loved one is charged with date rape and you are looking to hire an attorney for representation, we invite you to contact us at Shouse Law Group.

We can also represent your interests if you were the victim of an acquaintance rape and are looking for a California victim’s advocate or thinking of filing a California lawsuit for sexual assault damages.

Call us 24/7 to arrange a free consultation in office or by phone.

And to learn about Nevada’s law on acquaintance rape, please see our informational article on Nevada date rape laws.