Can I go to jail just for watching a dog fight in Nevada?

Yes. Anyone knowingly involved in dog-fighting is vulnerable to prosecution under Nevada dog-fighting laws. Potential defendants include the dog trainers, the dog owners, the exhibitors, as well as the spectators. And it does not matter whether the spectator paid to watch the dog fight. 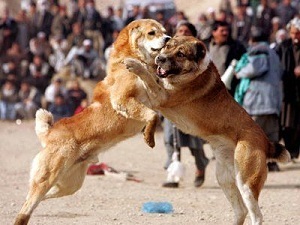 A first-time conviction of knowingly watching a dog fight is a gross misdemeanor in Nevada. The sentence is a maximum of:

A successive conviction of knowingly watching a dog fight is a category E felony in Nevada. The judge will typically allow the defendant to go on probation in lieu of prison. However, the maximum sentence is:

Read more in our article, "Is dog-fighting is a crime in Nevada?"