In juvenile delinquency court, an adjudication hearing is a trial before a judge in which the judge decides whether or not the minor violated a law and should be disciplined. Many of the same rules apply in juvenile court as in adult court, except there are no juries (only judges) and things are conducted in a more relaxed manner.

Both sides can present evidence and make legal arguments.  The prosecutor must prove that the minor committed the crime beyond a reasonable doubt.

Our California Juvenile Criminal Defense Attorneys represent minors in adjudication hearings throughout California.  As former district attorneys who once prosecuted minors, we now use our inside knowledge to help minors win their cases and go home.1

In this article, we explain what happens at your child’s adjudication hearing (trial) in California juvenile delinquency court.  We cover:

If you have further questions after reading this article, we invite you to contact us at Shouse Law Group for a consultation. 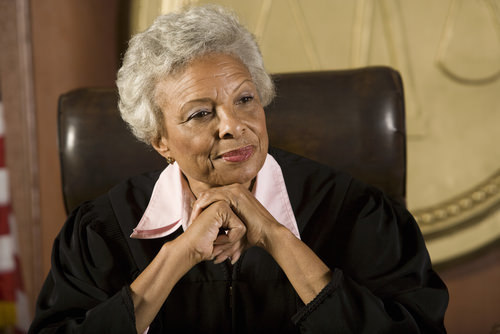 1. What is a juvenile court adjudication hearing?

Whereas in adult court a defendant goes on trial and is found “guilty” or “not guilty” by a jury, in juvenile court a minor has an adjudication hearing at which a judge decides whether or not the minor violated a law.

If the judge decides that the minor violated a law, the judge finds the allegations to be true and “sustains the petition” filed by the prosecutor.

On the other hand, the judge may decide that the evidence is insufficient to prove that the minor violated any laws. In that case, the judge finds that the allegations are not true and does not sustain the petition.

The important thing to remember is that the adjudication hearing is the minor’s opportunity to defend himself or herself against the charges being alleged.  Things are not exactly the same as in adult court, but many of the important procedural safeguards apply:

Example:  Ricardo is 16 years old.  He is arrested for allegedly violating California Penal Code 459 pc burglary.  He is allowed to go home on probation pending resolution of his case.  His probation officer tells him that he must attend all of his classes and abide by a curfew.

Ricardo and his mother go to Eastlake Juvenile Hall & Court for Ricardo’s arraignment.  Ricardo pleads not guilty to the charges by denying the allegations in the petition.  The judge tells Ricardo to return to court in three weeks for a trial on his case.

Ricardo and his mother return to Eastlake Juvenile Hall & Court on the appointed date.  Ricardo’s lawyer does a good job on behalf of Ricardo, but it turns out that the prosecutor has a stronger case.

The judge sustains the petition against Ricardo, finding that he comes within the jurisdiction of the juvenile delinquency court for violating California Penal Code 459 pc burglary.  Ricardo is declared a ward of the court but allowed to go home with his mother to serve his time on home supervision.

2. When does the hearing take place?

The law sets out deadlines for when adjudication hearings (trials) in California juvenile court must take place.

If your child is in custody, then your child has a right to have the adjudication hearing with 15 court days of the date detention was ordered.2 Court days do not include weekends and holidays.

The timeframe is longer when it comes to adjudication hearings for minors who are not in custody.  In those cases, the minor has a right to have the trial within 30 calendar days after the filing of the petition.

These timeframes can be extended only if there is good cause to do so and the minor “waives time” (that is, consents to the delay).3

According to the California Department of Justice, in 2009 there were 2,948 juvenile arrests for felony vehicle theft and 22,606 juvenile arrests for felony property crimes generally.  When a minor is arrested, the minor’s “trial” is called an “adjudication hearing.”  Adjudication hearings take place in a special court called juvenile delinquency court.  There is a judge but no jury.  Depending on the circumstances, a juvenile who is found to have committed a property crime can be sanctioned with anything from informal probation to formal probation at a county probation camp.  The minor might face time in the California Youth Authority (now called the Division of Juvenile Justice) if violence was involved.

Example:  Julian is arrested one night for violating California Vehicle Code 10851 vc vehicle theft.  He is scheduled for an adjudication hearing on December 10.

Everybody arrives as planned on December 10 at Barry Nidorf (Sylmar) Juvenile Hall & Court.  Julian’s lawyer explains to the judge a bit more about the need for the continuance.  He tells the judge that he needs one more week.  The judge asks Julian if the extra time is ok with him and Julian says that it is.

The judge grants the continuance and tells everybody to come back on December 15.

Julian and his mother return to juvenile hall on December 15 for trial.  Things go well.  Julian’s California Juvenile Criminal Defense Attorney was able to track down a key witness who comes to court to testify that Julian did not steal the car after all.  Julian did not violate Penal Code 10851 pc vehicle theft.

It turns out that the whole case was fabricated because of a grudge from last summer between Julian and some kids from a rival school.

The petition against Julian is dismissed and Julian goes home with his mother.

The next day Kerry has a detention hearing to see whether or not he has to stay in juvenile hall pending resolution of his case.  The judge decides that Kerry has to remain at the Riverside Juvenile Hall until his trial because he presents a danger to the community.

Kerry is scheduled for trial 15 days later, on October 5.  But on October 5, the district attorney decides to file charges against another minor as well, and asks the judge to continue Kerry’s trial until October 25.

Kerry does not want to spend any more time in juvenile hall – just so the prosecutor can put together a case against someone else as well – so Kerry objects to the continuance.

The judge looks at the law and agrees with Kerry.  The judge decides that Kerry must be released from custody because the trial on the alleged Penal Code 451 pc arson violations did not happen when it was supposed to.

3. What happens after the hearing?

If the judge sustains the petition and finds the allegations true at trial, then your child will be “sentenced” at a disposition hearing.

“Thus, far from providing authority for prolonging the detention of minors prior to the jurisdictional hearing, the legislative history [of amendments to juvenile delinquency law] reflects an intent that juvenile hearings proceed without delay, regardless of whether a minor is in custody.  The alternative proposed by the Attorney General — that a minor may be kept indefinitely in preadjudication detention as long as a continuance has been granted for good cause — contravenes a goal repeatedly espoused by our courts and the Legislature of minimizing the amount of time a minor is detained prior to adjudication.  We conclude the minor was entitled to be released once the juvenile court continued the case more than seven days from the date to which the matter had been continued at the minor’s request.”

— California Court of Appeal in In re Kerry K., 139 Cal.App.4th 1 (2006), confirming that a minor must be released from custody if his or her trial does not occur within statutory timeframes.

You can read about that in our related article Disposition (Sentencing) Hearings in California Juvenile Court.

If the judge finds that the charges are not true, then the case gets dismissed and your child is free to leave.

Note that in Los Angeles County, prosecutors are now instructed to prioritize rehabilitation over punishment. Prosecutors seek the minimum penalties allowable and appropriate for each particular case.4

If you or loved one is charged with a juvenile crime and you are looking to hire an attorney for representation, we invite you to contact us at Shouse Law Group. We can provide a free consultation in office or by phone. We have local offices in Los Angeles, the San Fernando Valley, Pasadena, Long Beach, Orange County, Ventura, San Bernardino, Rancho Cucamonga, Riverside, San Diego, Sacramento, Oakland, San Francisco, San Jose and throughout California.