What is an Arraignment?

An arraignment is typically the first court hearing, or a defendant’s first appearance in court, in a criminal case and it marks one of the initial stages in the pretrial process. During the hearing, the judge will inform the defendant of the charges filed against him or her and will ask how the accused pleads to those charges.

Specific rules for arraignment hearings may vary among different jurisdictions and states. For example, some states require arraignments to be held in only felony cases. Other states say they must be held for any criminal offense (including misdemeanor cases) in which the defendant faces custody in either county jail or state prison.

Note that arraignments are required under the Sixth Amendment to the United States Constitution. An unreasonable delay in holding a hearing may violate a defendant’s rights to a speedy trial.

Arraignments are sometimes mistaken for preliminary hearings. A preliminary hearing is a different type of criminal court hearing than an arraignment. During these hearings, a judge determines whether there is enough evidence for a defendant to stand trial. During the arraignment, the judge will inform the defendant of the charges filed against him or her and will ask how the accused pleads to those charges.

What happens at an arraignment hearing?

Under criminal law, an arraignment is generally the first time a defendant makes a court appearance in his/her criminal proceedings. It occurs after a defendant has been arrested and booked.1

The Federal Rules of Criminal Procedure state that an arraignment must be conducted in open court and the following must take place:

Depending on state laws, the arraignment process may also include:

An arraignment is required under the Sixth Amendment to the U.S. Constitution.

In general, an arraignment hearing must take place within a reasonable time after a defendant is arrested. An unreasonable delay may violate the defendant’s constitutional rights to a speedy trial.3

In what types of criminal cases are arraignments held?

State laws differ slightly on the issue of what type of criminal cases mandate an arraignment.

Some states say that an arraignment is only required in cases of felony charges (such as robbery or murder). Some states hold arraignment hearings in all cases where criminal charges are filed.

Other states say that an arraignment must take place if an offense may result in incarceration, in either county jail or state prison. This means the hearing is required for both misdemeanor and felony charges, provided that a conviction of the charge will lead to prison/jail time.

Examples of misdemeanors that may result in jail time include:

Can defendants waive their appearance at the hearing?

Criminal laws generally require a defendant to physically appear in court for an arraignment.4

However, an accused may be able to waive his or her personal appearance provided that:

Note also that video conferencing may be used to arraign a defendant provided that he/she consents.6

Is an arraignment the same thing as a preliminary hearing?

An arraignment is not the same thing as a preliminary hearing.

While both are pre-trial hearings held in criminal cases, a preliminary hearing is when a judge determines whether there is enough evidence in a case to force a defendant to stand trial.7

These hearings involve both prosecutors and criminal defense lawyers presenting evidence before a judge regarding a defendant’s criminal charges or alleged crime.

The judge first listens to evidence presented by the district attorney. This evidence comes in the form of:

The judge then hears of evidence from a defense counsel. Counsel can conduct cross-examination of any of the prosecution witnesses and even cast doubt on any of the prosecutor’s physical evidence. Witnesses can also be called if their testimony will:

The burden of proof at these hearings is on the prosecutor. The D.A. must show that:

Note that defense lawyers often use these hearings to provide a basis for plea bargain negotiations. In addition, during these hearings, prosecutors will provide the defendant and his/her counsel with: 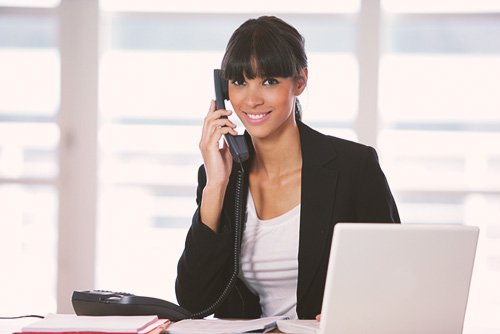