California law lets drivers who take a DUI blood test get part of the blood sample for independent testing. To do this, the defense files what is known as a "blood split" motion.

So-called “blood splits” are authorized under Title 17 of the California Code of Regulations (“CCR”).1 (Title 17 also authorizes a "urine split" for in the rare case in which a driver took a DUI urine test.)2

This is the major advantage a DUI blood test has over a DUI breath test. Breath samples cannot be saved for independent retesting later.

“Blood split” refers to California's practice of splitting DUI blood samples into two containers. One is used for law enforcement testing of a driver's blood alcohol concentration (“BAC”). The other is saved in case the driver wants to have his or her blood independently retested.3

This only applies if a driver has elected to (or been required to) take a blood test. In cases of suspected DUI of alcohol, most drivers are offered their choice of a blood or breath test.4

Unlike blood samples, breath samples cannot be saved. This is the major advantage to choosing a blood test over a breath test after a drunk driving arrest.

A driver is required to take a blood test when:

But there are penalties for a chemical test refusal in California. These include a mandatory one-year driver's license suspension for a California DUI.

2. How a “blood split” motion can help defend against a DUI

Blood split motions can help fight DUI charges by casting doubt on the accuracy of chemical test results. Chemical test results obtained by law enforcement are presumed to be accurate. So the burden is on the defense to show that they are not.10

The easiest way to do this is often with independent test results that show that the defendant had less alcohol and/or drugs in his/her system. This is especially true when the defendant's BAC is higher than the applicable hard “legal limit” for alcohol. But it is useful in any DUI case.

2.1. Use in California “per se” drunk driving cases

California's “per se” DUI laws punish people who drive with a BAC above the legal limit. Thus a blood split test that shows a BAC below that limit can serve to create “reasonable doubt.”

The most common “per se” drunk driving charge is California Vehicle Code 23152(b), driving with a BAC of 0.08% or higher.

Other California “DUI per se” laws that work similarly to Vehicle Code 23152(b) include:

Charges of driving under the influence of alcohol or drugs

Blood tests also figure prominently when DUI charges are not based on a “legal limit” for alcohol or drugs. Charges of this type include:

With these charges, the prosecutor must prove that the defendant's driving was actually impaired by alcohol and/or drugs. 11

In the case of drugs, there is no consensus as to what amount of drug use results in impaired driving.12

And the “legal limit” for alcohol is a useful fiction, rather than a level at which every single person will be too drunk to drive. It is merely the level at which the prosecutor no longer has to prove impairment.

This means that chemical tests will never be conclusive when someone's BAC does not exceed the applicable legal limit.

But when a prosecutor shows a borderline test result along with other evidence (such as bad driving or poor performance on field sobriety tests) it can be enough to convince a jury there is no reasonable doubt. So it is still useful to discredit the original BAC results. 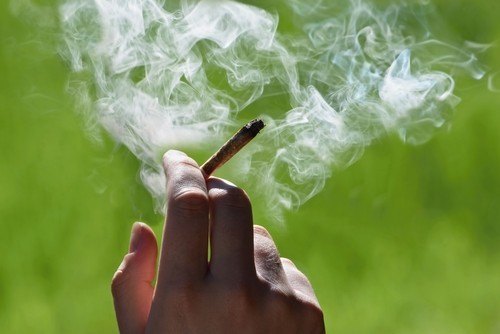 A blood split motion is useful in fighting California Vehicle Code 23152(f), DUI of drugs, as well as in drunk driving cases.

A blood split motion can help uncover “Title 17” violations that can be used to fight California DUI charges. Title 17 of the California Code of Regulations sets forth the procedures law enforcement agencies must follow for DUI chemical tests.

Title 17 regulations that are commonly broken include:

3. Is there such a thing as a California DUI “breath split”?

California law enforcement agencies are not required to retain breath samples.14 So there is no such thing as a “breath split.”

This means that a "blood split motion" is only a viable DUI defense strategy for drivers who took a blood or urine test.

Police officers are supposed to tell drivers that a breast sample will not be retained for retesting. But even if that happens, the breath test result can still be used against the defendant at trial.15

4. Can a defendant file a "blood split motion" if he/she took a urine test?

Yes. Urine samples (if any) collected in driving under the influence cases must be retained for independent testing. 16 Other requirements for urine tests under Title 17 include:

But note that in most cases (as discussed in Section 1, above), defendants must take a breath or a blood test.

Urine tests are used in DUI cases only when other tests are not available or the defendant is medically unable to take another test.18 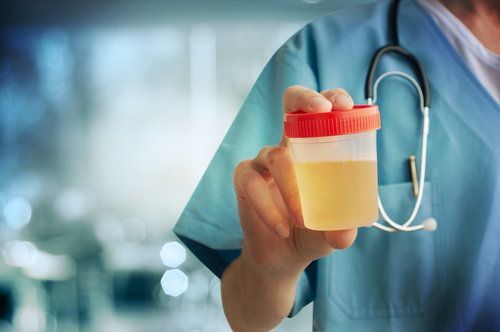 5. How does someone make a California blood split motion?

A "blood split" motion usually begins with the defendant's lawyer informally asking the prosecutor for a portion of the sample. The prosecutor will usually agree to this request. 19

The court may also discipline a prosecutor for failing to turn over the split. This discipline may include:

What happens if I request a blood split and then don't have it tested?

There is no penalty for obtaining a blood split and not having it tested. But whether or not the sample is retested, the prosecutor may introduce the original result at trial.

6. Examples of how a blood split can be used to help fight a DUI

Below are examples of some positions a defendant may be able to take and how a blood split motion can help.

The defendant had a BAC below 0.08% at the time of driving

Example: Brad has a few drinks with his friends in downtown Barstow. While he is driving home, he is arrested by an officer from the Barstow Police Department. The officer asks him which chemical test he would like and Brad chooses a blood test. The test shows Brad's BAC to be 0.09%.

But Brad's DUI defense attorney requests a blood split. She has the sample sent to a lab for an independent retest. The new test reveals that Brad's BAC was actually 0.07% and that the police lab made a mistake. Brad's lawyer then uses this evidence to persuade the prosecutor to dismiss the charge.

The sample did not contain enough anticoagulant or preservative

Example: Emily meets up with some co-workers for margaritas after work. On the way home, she is pulled over by a California Highway Patrol officer and arrested. She requests a blood test, which shows her BAC to be 0.10%.

Emily's drunk driving attorney requests a blood split. The independent blood test reveals that the blood vial had insufficient preservative. This may have caused the blood to ferment, resulting in a falsely high BAC.

The sample was contaminated

Example: Christine has a glass of champagne at a friend's house in Pasadena to celebrate the friend's promotion. On her way home she runs a red light and weaves into the oncoming lane of traffic. She is stopped by an officer from the Pasadena Police Department.

A preliminary alcohol screening (“PAS”) breath test shows a BAC of .08%, just over the legal limit. While Christine is taking the test, the officer smells marijuana on Christine's breath and clothes. He then notices a baggie of weed on the passenger seat.

Christine's lawyer arranges to have the blood sample retested. During the retesting, the independent lab discovers that the blood sample was contaminated with a chemical not found in blood (probably from a disinfectant used on the container).

Christine's lawyer uses this information to negotiate a DUI plea bargain. Christine pleads guilty to a charge of running a red light and escapes with a fine.

The defendant's blood sample was switched with someone else's

Example: After being arrested for a DUI in Oxnard, Miguel submits to a blood test. The test results state that he had a BAC of .10%. But Miguel knows that he only had one drink that night.

Miguel's lawyer investigates and discovers that a technician had made a clerical error. The tech had tested the wrong sample, thinking it was Miguel's. Miguel's DUI defense attorney easily persuades the prosecutor to drop the charges.

7. Can a blood split hurt my defense?

No. It is true that a blood split might return results that do not help the defendant. For instance, the independent testing may confirm the accuracy of the original test. Or it might even show a higher BAC than the police lab reported.

But the new results obtained from the blood split are the defendant's evidence. Unlike the prosecution, the defense does not have to disclose evidence that is favorable to the other side.23

In other words, it might be that the blood split motion does not help the defendant's California DUI defense. But it can't actually hurt it either.

If you or a loved one is in need of help with blood split motions in a California DUI case, we invite you to contact us for a free consultation.

Call us at 855-LAWFIRM or complete the form on this page to speak to an experienced California DUI attorney in your area.

We also have offices in Las Vegas and Reno that can bring blood split motions in Nevada DUI cases.