"Watson murder" is a form of California Penal Code 187, second-degree murder. 1 It can be charged when someone with a prior California DUI conviction kills someone while driving under the influence. 2

“Watson murder” takes its name from a 1981 California Supreme Court case called People v. Watson. 3 In that case, the court held that a DUI driver who causes a fatal accident can be convicted of murder (Penal Code 187) if the driver acted with “implied malice.”

What is “implied malice”?

“Implied malice” is also known as “malice aforethought.” It does not require ill will toward the victim or an intention to cause the victim's death. 4

Rather, a defendant acts with implied malice when:

The difficult part for the prosecutor is proving that the driver acted with a “conscious disregard for human life.”

If the prosecutor cannot do this, a California DUI that results in death will usually be charged as either:

When can DUI be charged as murder in California?

Historically, prosecutors have brought Watson murder charges only when:

A “Watson admonition” is a warning given to defendants convicted of driving under the influence in California. It advises that DUI is extremely dangerous to human life and that a subsequent conviction might lead to murder charges. 7

Can DUI murder be charged without a prior Watson admonition?

Second-degree murder charges for DUI are most common when a defendant was previously given a Watson warning or attended DUI school.

But neither of these is required. A prosecutor can file homicide charges any time there is a DUI fatality and the prosecutor can prove “implied malice.”

Malice may be implied when:

Example: Burt is an emergency medical technician (“EMT”). On his night off he goes out drinking. While driving home on the 405, Burt blacks out and swerves onto the shoulder. He strikes a driver who is changing a flat tire and kills him. The Los Angeles Deputy D.A. charges Burt with second-degree murder. She says that as a paramedic, Burt ‘should have known better' than to drive drunk.” 9

What factors increase the likelihood of a DUI murder charge?

As a practical matter, a prosecutor is most likely to charge a defendant with homicide when he/she:

What is the punishment for drunk driving and killing someone in California?

Punishment for DUI murder in California can include:

The possible sentence increases if there are also surviving victims who suffered injury.

What are some common defenses?

Legal defenses to DUI murder charges often include taking the position that:

We discuss each of these approaches in more detail in Section 5, below.

To help you better understand the law, our California DUI defense lawyers discuss the following, below: 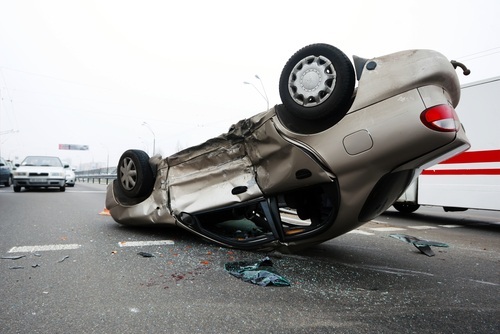 The case of People v. Watson established that people who cause fatal accidents while DUI can be charged with murder.

1. What is "Watson Murder" in California?

"Watson murder" -- also known as "DUI murder" -- is a type of second-degree homicide in California. It can be charged when someone with a prior DUI conviction causes a fatality while driving drunk or under the influence of drugs.16

The phrase "Watson murder" stems from the California Supreme Court case People v. Watson. In the Watson case, the court held that driving under the influence could constitute the implied malice necessary for a second-degree murder conviction. 17

2. How does a prosecutor prove DUI murder?

To convict a driver of DUI murder in California, the prosecutor must prove that the driver acted with "implied malice." This requires the prosecutor to prove three facts (the "elements of the crime"):

Intent to kill is not necessary

It might seem as if every driver should know that drunk driving can cause a fatality. But for purposes of a DUI homicide charge, it usually takes something more.

How does the prosecutor prove implied malice?

To prove implied malice, the prosecutor must usually establish that the defendant had some special knowledge about the risks of impaired driving.

The prosecution will usually try to do this by showing that:

Let's take a closer look at each of these three factual situations.

The defendant was given a “Watson admonition” for a prior conviction

Since the Watson case, people who are convicted of a DUI in California are given a "Watson advisement" during their sentencing hearing.

The admonition is sometimes read to the defendant by the judge. 21 Or the defendant may be asked to sign a form (known as a “Tahl warning”) which reads:

A prosecutor will show that the defendant received a Watson admonition in connection with a prior DUI by:

DUI school as a way of proving “implied malice”

Attendance at a court-approved “DUI school” may also satisfy the “implied malice” requirement for a DUI murder conviction.

Recently, prosecutors have begun charging DUI murder in a wider variety of cases.

For instance, in 2017, prosecutors charged a paramedic with second-degree murder. While driving drunk, the paramedic had struck and killed someone on the side of the highway. The prosecutor's reasoning was that as a paramedic the defendant “should have known better.” 22

Many defense attorneys believe that this is a case of a prosecutor “overcharging” the crime. A prosecutor might overcharge in order to put pressure on the defendant to accept a “better deal” such as gross vehicular manslaughter.

An experienced California DUI defense attorney can help a defendant recognize this situation and avoid the trap. 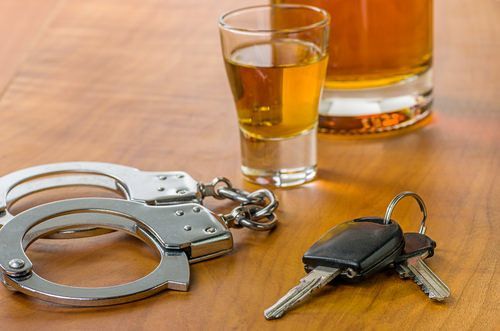 A defendant can only be guilty of "Watson" murder if s/he has at least one previous DUI.

Certain facts are common to most California "Watson murder" cases. These include that:

If the prosecutor cannot prove these facts, he or she will usually charge vehicular manslaughter while intoxicated.

Example: Vicki drives a group of her girlfriends to a birthday party. It is her turn to be the “designated driver.” Vicki does not intend to drink. But at the party, there is punch. It is fruity, sweet and delicious. Vicki has several cups, not knowing it contains rum. On the way home, she strikes and kills a pedestrian. Her BAC is 0.10, just over the .08 "legal limit" for a California DUI "per se." Because Vicki did not intend to drink and drive and her BAC was only slightly over the limit, she should not be charged with DUI murder.

4. What are the penalties for California DUI Murder?

Second-degree DUI murder can be punished by:

A “strike” will result in a doubled sentence for any subsequent felony offense committed by the defendant. 27

And if a defendant has two or more strikes and commits another strike felony he or she will receive a mandatory sentence of 25-years to life. 28

People convicted of DUI murder face additional and consecutive time behind bars if there are additional victims who survive the accident. The amount that will be added to the sentence is: 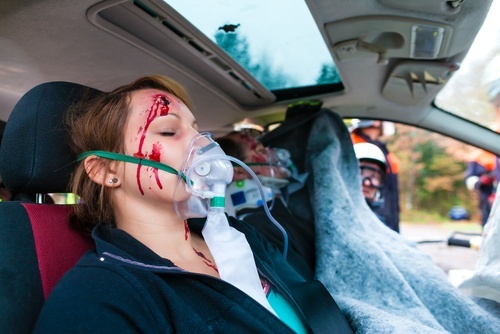 Injured surviving victims can increase the sentence for Watson murder.

But remember – the burden is not on the defense to prove that the defendant did not drive drunk. The burden is on the prosecution to prove each element of the crime beyond a reasonable doubt.

With that in mind, let's take a brief look at each of the above ways to fight DUI murder charges in California.

The defendant did not drive under the influence

If the defendant did not drive under the influence, he or she cannot be guilty of DUI murder.

So a skilled California DUI defense lawyer will almost always try to challenge the underlying DUI or arrest. Ways an attorney can do this include showing that:

The accident was not the defendant's fault

Even if a defendant drove drunk or stoned, it does not prove that he or she caused the accident.

A good criminal defense lawyer will work with an accident reconstruction expert to establish what happened.

It might show that the accident—and, therefore, the resulting deaths--were not the defendant's fault.

The defendant did not act with implied malice.

Proving implied malice is usually the key to a second-degree murder case under PC 187.

This is the most difficult element to prove and the one that is often the easiest to challenge.

Reasons why there might not be implied malice include:

Alternatively, a good drunk driving lawyer will try to show that the defendant's conduct did not rise to the level of a “wanton disregard” for human life.

"A DUI homicide conviction usually requires strong evidence that the defendant drove exceptionally recklessly and had an extremely high BAC. This presents an experienced California DUI defense with many opportunities to challenge the allegations.”

There was misconduct by the police and/or prosecutor.

Just because the charges are serious, it does not mean that the police and prosecutor can ignore a defendant's constitutional rights.

If police misconduct is suspected, we can file a Pitchess motion to obtain the officer's record.

This will often lead to getting evidence excluded. This can sometimes cause the prosecution's entire case to crumble.

Or it can lead to a plea bargain to a lesser charge such as vehicular manslaughter or possibly even a “wet reckless” that will keep our client out of prison.

Charged with DUI murder in California? Call us for help . . .

If you or loved one has been charged with DUI murder, we invite you to contact us for a free consultation in person or by phone.

Call us at 855-LawFirm or complete the form on this page to speak to an experienced California DUI lawyer in your area.

We may also be able to help if you were involved in a fatal DUI in Nevada. To learn more, please see our article on Nevada’s DUI with Death laws.