Uloric lawsuits are personal injury claims against Takeda Pharmaceutical Company, the U.S. manufacturer of Uloric, for cardiovascular injuries caused by the drug. These plaintiffs claim that Takeda failed to warn doctors and patients of the cardiovascular risks associated with the prescription gout medication, Uloric, and even took steps to cover up the danger. Uloric claims have not yet been consolidated into a mass tort claim or a class action. 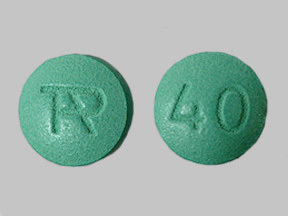 Uloric is a pill-based prescription medication for gout. Gout is a type of arthritis that is caused by high uric acid levels in the blood. When uric acid accumulates in a patient’s tendons and joints, it creates stiffness, swelling, and pain. By lowering the uric acid levels, Uloric keeps these buildups from happening, making it an effective long-term treatment for gout.

However, Uloric comes with severe side effects and complications, including:

Years after its approval in the U.S., clinical trials showed that Uloric came with an increased risk for fatal heart problems1 – a risk that was not prominently disclosed by Takeda in the warning label for Uloric.2 Since the danger has become apparent, the U.S. Food and Drug Administration (FDA) added a box warning on Uloric’s label3 and issued a safety announcement about the dangers.4

Since then, numerous claims have been filed against Takeda for their failure to warn people of the risks of taking Uloric.

Drug companies like Takeda Pharmaceutical have a legal duty to disclose the risks of taking their products. Patients and doctors rely on these disclosures to make appropriate prescriptions and informed health decisions.

But pharmaceutical companies also know that disclosing all of the risks associated with the drugs they sell are likely to deter patients and consumers and hurt the company’s bottom line by reducing sales. So they often look for whatever way they can to avoid including a warning on the drug’s labeling.

The plaintiffs behind the lawsuits against Takeda over the fatal cardiovascular injuries caused by Uloric claim that this is exactly what happened: Takeda had a legal duty to disclose the risks of fatal cardiovascular events caused by Uloric, but did not do it. The lawsuits seek compensation from Takeda to cover the losses sustained by victims, including:

Because the Uloric lawsuits are still in their early stages, they are also all progressing individually as personal injury lawsuits. However, because there are likely to be hundreds or even thousands of victims who were taking Uloric and who subsequently suffered a fatal heart attack, stroke, or unstable angina, it is likely that these lawsuits will be consolidated in either a class action or a mass tort claim.

When lots of people get hurt by one party in similar ways and by the same course of conduct, the lawsuits that the victims file are frequently combined into either a class action or a mass tort claim. The lawsuits stemming from cardiovascular injuries caused by Uloric, however, are still too early in the process to form either one.

Class actions are lawsuits filed by representative victims on behalf of themselves and others who are “similarly situated” to them. Once filed, other victims can join the class action behind the representative plaintiff. The court has to certify a class action before it can proceed very far in the case, though. Certifying a class requires proof that:

Mass tort claims, on the other hand, consolidate lawsuits brought by numerous victims in federal court into a single district court for pretrial procedures like:

This consolidated process, called multidistrict litigation (MDL), aims to streamline all of the individual cases before returning them to the courts from which they came. However, many MDLs extend to bellwether trials, which see representative lawsuits progress through a jury trial so lawyers for the victims and the defense can get an idea of a fair settlement for the other cases in the MDL.

Therefore, there are several important differences between class actions and mass tort claims:

5. What you can do if you have been hurt by Uloric

If you have been hurt by Uloric, or if a loved one has passed away from a heart problem while taking Uloric, you can file a personal injury lawsuit against Takeda Pharmaceutical Company and seek compensation for your losses.

Chances are high that a class action or an MDL will be formed before your lawsuit gets very far. The decision to join one or proceed on your own is a serious one. Call the defective drug lawyers at the Shouse Law Office for help at before the statute of limitations has run its course.