Uloric’s box warning tells doctors and patients about one of the drug’s most severe side effects: A heightened risk for cardiovascular death. It was added to the drug’s warning label by the U.S. Food and Drug Administration (FDA) after a postmarket clinical trial found Uloric users were more prone to death and fatal heart problems than people who used another medication to treat their gout. 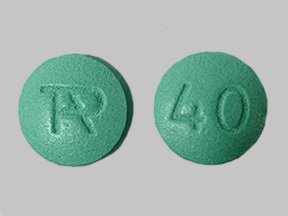 Starting in 2019, the warning label of Uloric, a popular prescription for the long-term treatment of gout, was made to include a boxed warning of the heightened risks that the drug could cause cardiovascular death.1 This boxed warning is prominent on Uloric’s warning label: It is at the beginning of the first page of the 20-page warning label, in bold font, and inside a box, as well as inside a box at the top of the second page, right after the label’s table of contents.2

The box warning for Uloric has two parts:

2. Why Uloric has a box warning for cardiovascular death

Uloric has a box warning for cardiovascular death because of the results of a postmarket clinical trial that was published in 2018. This trial revealed an increased risk for fatal heart issues for people taking Uloric.

When Uloric was first approved by the FDA in 2009, the FDA was concerned about the drug’s potential for causing cardiovascular problems. The FDA was so concerned that it refused to approve Uloric for the 80 milligram and 120 milligram doses that were requested by the drug’s manufacturer, Takeda Pharmaceutical Company.4 Instead, the FDA would only approve dosage levels of 40 milligrams and 80 milligrams.5

The FDA also included a warning on the label about the potential for heart problems,6 and required Takeda Pharmaceutical to conduct a postmarket clinical trial.7

That initial warning on Uloric’s label for cardiovascular problems, though, was not conspicuous. Instead, it was added alongside the other warnings on Uloric’s label, like the increased risk for gout flare and elevated liver enzymes.8

The postmarket clinical trial required by the FDA, known as the CARES trial, was finished in 2018, nine years after Uloric had been used to treat gout in the U.S.9 The results of the trial confirmed what the FDA was concerned about: More people died from heart conditions and other problems when they took Uloric than when they took Zyloprim, the other gout treatment drug on the market.10

After the results of the CARES trial were released, the FDA responded by issuing a safety announcement concerning Uloric11 and by updating the drug’s warning label.12

3. Why Uloric’s box warning is so significant

Uloric’s box warning for the increased risk of cardiovascular death is significant because it means the FDA thinks the risks are worthy of its highest category of warning.

Boxed warnings on a prescription drug’s warning label are reserved for serious or life-threatening medical risks that the FDA has determined to be significantly heightened by the drug. They are designed to be the most prominent and conspicuous warnings on what can otherwise be an extensive warning label for a prescription drug. Unlike other warnings on the label, boxed warnings are located in both the “highlights” section of the label, as well as deeper in the label. More importantly, they are also surrounded by a black box, which draws a reader’s eye to the text inside.

Because boxed warnings are reserved for only the most significant and dangerous side effects of a drug, their presence on a warning label is taken very seriously by doctors and physicians, as well as by media. Precisely because the FDA has designed boxed warnings to alert doctors of the most severe risks associated with a drug, news outlets are far more likely to vigorously report FDA announcements of boxed warnings than other safety alerts. The added publicity of the media coverage can drastically increase the power of the boxed warning on a drug.

4. Box warning comes too late for thousands of Uloric users

Unfortunately, the FDA’s decision to add a box warning for cardiovascular death to Uloric’s label comes far too late to everyone who has been taking Uloric to treat their gout over the last decade. These patients have likely been dealing with a heightened risk of a fatal heart attack or stroke for years.

If you have taken Uloric for your gout and have had heart problems, or if a loved one has died from a heart attack or stroke after taking Uloric, you may have legal recourse. Uloric lawsuits are already being filed against Takeda Pharmaceutical Company by victims who have suffered a heart attack or stroke, or by family members whose loved one has died from a cardiovascular event after taking Uloric. These lawsuits seek compensation for the injuries suffered because of Uloric’s side effects. The defective drug lawyers at the Shouse Law Office can help. Call them to learn your rights and options. But remember that the statute of limitations for Uloric claims is already ticking, and typically requires a lawsuit to be filed within two years of discovering the injury.