The Nevada State Board of Accountancy (NSBA) can discipline certified public accountants (CPAs) for committing:

People who falsely hold themselves out as CPAs face criminal prosecution for a gross misdemeanor, carrying almost a year in jail and/or $2,000 in fines. 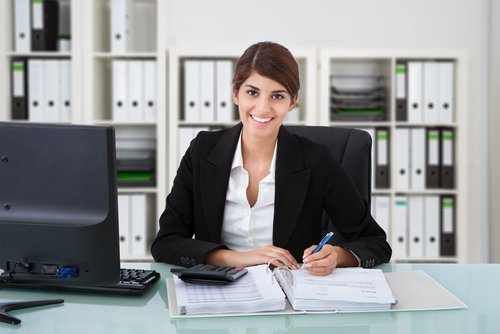 1. How does the Nevada State Board of Accountancy work?

The Nevada State Board of Accountancy (abbreviated NSBA) consists of seven people appointed by the Nevada Governor, including:

The NSBA administers CPA exams, grants CPA certification, investigates complaints, and levies discipline. The NSBA meets about seven times a year, and it publishes its agendas and minutes online.1

2. Can I apply for a Nevada CPA certificate with a criminal record? 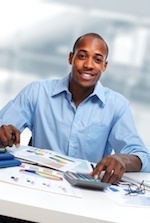 The NSBA can deny CPA certificates to people convicted of certain crimes.

Yes, but the NSBA may refuse to grant CPA certificates to applicants who have been convicted of a felony in Nevada or elsewhere. The NSBA may also deny CPA certification to people with a history of acts involving dishonesty or moral turpitude, which typically involves crimes of violence, crimes of fraud in Nevada, or theft crimes in Nevada.

CPA applicants with criminal histories are encouraged to consult with an attorney about their options. If they can seal their records and/or show that they have been wholly rehabilitated, the NSBA may be more open to granting certification.2

The NSBA may initiate disciplinary proceedings against CPAs for getting convicted of any of the following criminal offenses:

The following types of misconduct could also subject CPAs to disciplinary penalties:

Note that the NSBA can also discipline Nevada CPAs for crimes or misconduct they committed in states other than Nevada.3

4. What happens if there is a complaint against me made to the Nevada Accountancy Board? 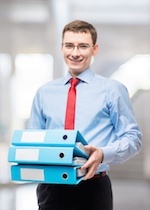 The NSBA can commence disciplinary proceedings on their own motion or when they receive a complaint.

The NSBA permits anyone to make a complaint about a CPA in Nevada. The NSBA will not pursue the case if the complaint concerns an honest mistake or a fee dispute: The NSBA does not regulate the fees that CPAs may charge.

As long as the complaint is clearly not frivolous, the NSBA will serve the accountant with a written notice of a disciplinary hearing. The NSBA must give the accountant at least 30 days notice for the hearing.

Note that in most cases, the accused CPA may keep his/her license pending the outcome of the disciplinary hearing.4

NSBA disciplinary hearings are an opportunity for the Nevada Attorney General’s Office (representing the NSBA) and the accused CPA may present evidence, call witnesses, and cross-examine each other’s witnesses. At the conclusion of the hearing, the NSBA members will deliberate over the evidence and determine by majority what — if any — discipline to impose on the CPA.

Note that CPAs are encouraged to have an attorney experienced in administrative proceedings representing them. Also note that if the CPA ignores the complaint and does not show up at the hearing, the Board will proceed with the hearing and come to a conclusion without the CPA present.

Possible forms of discipline that the NSBA may order include:

CPAs sentenced to probation, suspension, or revocation may appeal the decision to the NSBA.5

6. Can I go to jail for lying about being a CPA in Nevada? 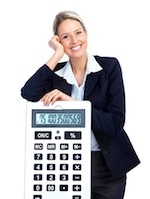 People who falsely call themselves a CPA face gross misdemeanor charges in Nevada.

Possibly. It is a gross misdemeanor in Nevada for a person to use the title “certified public accountant,” “CPA”, or similar terms unless he/she has a current and valid CPA certificate. The penalties include:

Note that a person can be convicted of falsely claiming CPA status even if he/she has no clients and did no actual accounting.6

The Nevada Nursing Board decides how to discipline nurses for misconduct, which may include revoking their license. Learn more about Nevada nursing license revocations and suspensions.

If the Nevada Dental Board gets a complaint about a dentist, it may initiate an investigation, hold a hearing, and hand down a punishment, which may include license revocation. Learn more about Nevada dentist license revocations and suspensions.

Doctors, physician assistants, and respiratory care providers are entitled to a hearing before the Nevada Medical Board can revoke their licenses for misconduct. Learn more about Nevada medical license revocations and suspensions.

Nevada attorneys can lose their licenses for committing certain offenses or violating the Rules of Professional Conduct. Learn more about Nevada attorney license disbarment or suspension.

Licensed builders can be disciplined for doing a shoddy job or committing criminal offenses. Learn more in our article on disciplinary proceedings and license revocations for Nevada contractors.

Social workers facing disciplinary proceedings in Nevada can elect to sign a consent decree (similar to a plea bargain) to avoid the hearing. Go to our article about suspending or revoking social worker’s licenses in Nevada disciplinary hearings.

The Nevada State Board of Education can suspend or revoke the licenses of Nevada educators convicted of certain crimes. Go to our article about disciplinary actions against teachers in Nevada.

Are you facing a disciplinary hearing by the NSBA? Our Las Vegas criminal defense attorneys are available to consult with you for free. We know how important your license is, and we will do everything to try to save it.

In Nevada, nunchucks are illegal for people to use or possess if they intend to inflict harm on someone else or if they take them on school property. Illegally possessing or using “nunchaku” (which is how Nevada law refers to “nunchucks”) is typically a gross misdemeanor in Nevada. The penalty is: up to 364 days ...

The Vegas Massacre on October 1 was another reminder of the vital importance that first responders play in our community. That same day a new Nevada law–Senate Bill 541–went into effect that punishes defendants convicted of harming first responders because of the fact that the victim is a first responder with an extra penalty of ...