Many cases stem from allegations of defendants burning their own property to collect on insurance. This is considered a form of insurance fraud.

“Any person shall be deemed to have “set fire to” a building, structure or any property…whenever any part thereof or anything therein shall be scorched, charred or burned.”

Arson is a felony in Nevada. The prison sentence and fine amount depend on the degree.

The court may also order that defendants pay restitution. 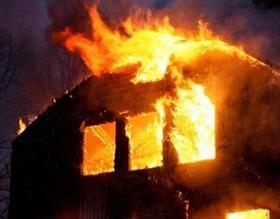 Many arson charges ensue from allegations that the defendant was trying to collect on insurance.

1. What is arson in Nevada? And what are the penalties?

The legal definition of arson in Nevada is when a person:

Suspects face arson charges even if they were not near the fire. It is possible to start a fire at a distance.

Example: Russell is upset his ex-girlfriend cheated on him. He wants to burn down her Henderson house. Russell then pays a friend to drive there and throw a Molotov cocktail into her backyard. This sparks a fire that damages the home. Here, the D.A. could charge both Russell and his friend for arson. Russell for orchestrating it. And the friend for helping him carry it out.

1.1. Types of arson and punishments

Nevada law divides arson into four degrees. Each comprises a type of property damage and carries its own sentence.

Many arson cases concern insurance fraud as well. This is when people set their own property on fire. And then they claim to the insurer that the property is lost or was destroyed by someone else.

Example: Jeffrey regrets buying his boat. It was too expensive to maintain. So he docks it in a deserted area and sets it on fire. Then he calls his insurance company to report the boat stolen. If Jeffrey gets caught, he could face charges for both arson and insurance fraud. Arson for burning the boat. And fraud for trying to collect on insurance after burning the boat.

Insurance fraud by arson is a category B felony. Penalties in Nevada include:

2. What are common defenses?

Three common ways to fight Nevada arson charges are to argue that:

2.1. The incident was an accident

A key element of arson is the defendant acts willfully and maliciously. This is a much higher bar than recklessly or negligently. Therefore, genuine accidents that result in a fire cannot be arson. An example may be forgetting to turn off the stove or fireplace.

Arson fires often burn the most incriminating evidence. But prosecutors can try to prove intent through:

Note that deliberately starting a lawful fire – such as a campfire – can qualify as arson if:

Example: Joe lights up a cigarette while taking a walk. Then he throws the cigarette into the brush without extinguishing it first. It proceeds to burn several acres of property. Joe never intended to start the fire. But it was foreseeable that throwing a lit cigarette into foliage would cause a fire. Therefore, he could face arson charges in Nevada. 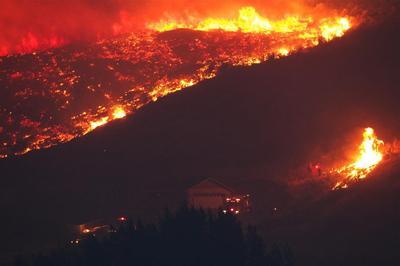 Natural disaster is a defense to arson charges.

2.2. The fire was a natural disaster

Nevada and especially Clark County have dry heat. This can contribute to wildfires. This is no one’s fault.

A typical arson defense is Mother Nature caused the fire. Not any person. Forensic experts may be able to support this.

Prosecutors have the burden to prove guilt beyond a reasonable doubt. If they lack evidence to meet this burden, they should dismiss the charge.

2.3. Someone falsely accused the defendant

There are many reasons why people falsely accuse others of arson:

As long as insufficient evidence links the fire to the defendant, arson charges should not stand.

3. Can the record be sealed?

Dismissed arson charges are sealable immediately in Nevada. But there is a waiting period for arson convictions.

People seeking to seal their arson convictions should consult with a lawyer about when to pursue a record seal. Learn more about Nevada record seals.

Arson can be an aggravated felony. And also a crime involving moral turpitude. Either way, aliens convicted of it face deportation.

Non-citizens in criminal cases should always seek legal counsel. An attorney may be able to get the charge reduced or dismissed.

5. What other crimes are charged with arson?

Insurance fraud frequently accompanies arson charges in Nevada (as discussed above). Depending on the case, three other common charges include:

If you face arson charges in Nevada, call our Las Vegas arson lawyers for a consultation. Our legal team will do everything we can in an effort to get your case dismissed or reduced to a lesser offense. And if the situation calls for it, we are prepared to fight for a “not guilty” verdict at trial.

In California? See our article on PC 451.