NRS 201.120 is the Nevada law that makes illegal abortions a felony. Licensed physicians are allowed to perform abortions and prescribe the abortion pill. Otherwise, terminating a pregnancy is forbidden. The statute states:

1.  Prescribes, supplies or administers to a woman, whether pregnant or not, or advises or causes her to take any medicine, drug or substance; or

2.  Uses or causes to be used, any instrument or other means,

to terminate a pregnancy…is guilty of abortion. 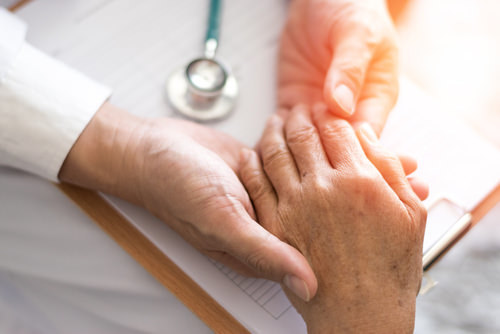 Nevada permits abortions under NRS 201.120. But they must be done through licensed providers.

1. What is an illegal abortion?

Lawful abortions are prescribed by licensed doctors and performed in accordance with standard medical practices. Three examples of illegal abortions include:

NRS 201.120 targets patients seeking illegal abortions and people helping them obtain them. It does not matter if the mother then carries the baby to term. Nor does it matter if the woman turns out not to have been pregnant. Merely attempting to have an abortion without a doctor is unlawful.1

Illegal abortion is treated like voluntary manslaughter (NRS 200.050). It is a category B felony, carrying:

Meanwhile, Nevada makes it a gross misdemeanor to:

Penalties aside, illegal abortions can be fatal to the mother. And fetuses that do not die can sustain permanent injuries.

In every case, prosecutors have the burden to prove guilt beyond a reasonable doubt. This is necessary to sustain a conviction. As long as the defense attorney can raise this reasonable doubt, criminal charges should not stand.

Illegal abortion crimes may be deportable for non-citizens. But a good lawyer might be able to persuade the D.A. to reduce the charges. Then the defendant may be able to avoid removal from the U.S.

Yes. An illegal abortion conviction can be sealed ten years after the case ends. But if the charges get dropped, the defendant can petition for a record seal without delay.6

The record sealing process itself can take up to a year. Learn about how to get a Nevada criminal record seal.

Accused of violating NRS 201.120? Contact our Las Vegas criminal defense attorneys. Consultations are free. We can often negotiate a favorable resolution without litigation. But we will fight for an acquittal at trial if necessary.

Last week, Clark County District Court Judge Abbi Silver dropped an indictment against a 64-year-old Las Vegas Defense Group client accused of shooting her son in June of 2011. In April, our client was charged with attempted murder, battery, and intimidating a witness. Together, these felonies could have carried several decades in prison. Las Vegas ...

How are Different Types of Crimes Classified in Nevada? (NRS 193.120)

Nevada law under NRS 193.120 classifies crimes as either misdemeanors, gross misdemeanors, or felonies. Nevada felonies, in turn, are subdivided into five categories from E (the least serious) to A (the most serious). Misdemeanors NRS 193.120 defines misdemeanors as any crime where the maximum penalty of incarceration is six (6) months in the county jail. In practice, ...

Nevada truck accident laws – Is there a specific statute?