Yesterday the Advocates for Highway and Auto Safety bumped Nevada’s ranking for traffic safety laws from the lowest “red light” status up to the middle “yellow light” status in its annual Roadmap of State Highway Safety Laws. One new Nevada law that helped improve the state’s ranking is the requirement that all drivers arrested with a .08 blood alcohol concentration (or higher) use an ignition interlock device in their car for 90 days. And if they get convicted of DUI, the drivers may have to use the device for an additional six months or more. (This new law takes effect on October 1, 2018.) 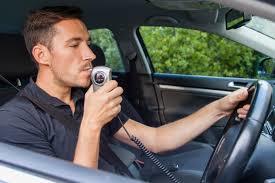 Also contributing to Nevada’s improved grading is the law requiring teenagers to complete 50 hours of supervised driving practice over six months before obtaining a license. Nevada also got points for banning texting while driving. But the state would have scored higher if Nevada law banned hands-free devices such as Bluetooths as well.

Keeping Nevada from reaching the coveted green light status is its “secondary” seat belt law that prohibits police from pulling over drivers solely for not wearing a safety belt. Currently, a driver can be cited for not wearing a seat belt only if he/she has committed another traffic crime, such as failing to signal. The Advocates for Highway and Auto Safety also docked points for not requiring rear-facing safety seats for infants.

For more on this story, read the Las Vegas Review-Journal article.