Nevada and federal law prohibit police from detaining, arresting or harassing people based solely on their race, ethnicity, or national origin. Victims of racial profiling may be able to recover substantial compensatory damages through Section 1983 lawsuits in Nevada to pay for their:

If the officers acted maliciously, victims may also be able to recover punitive damages, which are often higher than compensatory damages. And depending on the case, racial profiling victims may bring other causes of action as well including battery and false imprisonment in Nevada. 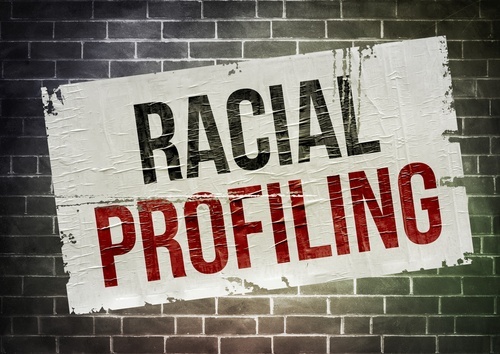 A Section 1983 lawsuit permits people to sue police if they were targeted based on race, ethnicity, or national origin.

1. Prevalence of police profiling based on race in Nevada

Racial profiling is a fact in Nevada. A study ordered by the State Legislature found that African-Americans and Hispanics are more likely to be pulled over for traffic stops than Caucasians. Furthermore, black and brown people are handcuffed and arrested at a disproportionately higher percentage than whites.1 And according to a recent Department of Justice initiative, black men in Clark County are four times more likely to be arrested for drug possession than white men.2

The definition of racial profiling is targeting people based on their race, ethnicity or nationality. Law enforcement officers who engage in racial profiling presume that a particular person has a higher chance of committing a crime solely due to skin color or ethnicity.

Racial profiling occurs in such law enforcement contexts as: 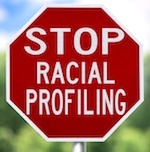 Black and brown men are more likely to be arrested for drugs than white men in Nevada.

Note that racial profiling can extend to any minority, including Asians and Muslims.

Even if racial profiling victims ultimately get cleared of suspicion, they have still been injured: The unlawful detentions, arrests, and searches they were subjected to cost them time, maybe money, and personal dignity.

2. The illegality of police profiling based on race in Nevada

Racial profiling is illegal under both Nevada state law and the U.S. Constitution:

NRS 289.820 prohibits law enforcement from considering a person's race, ethnicity or national origin when initiating a police action unless those factors are part of an identifying description of a specific suspect for a specific crime.3 Henderson criminal defense attorney Michael Becker illustrates this "specific suspect exception":

Example: Jenny witnesses a robbery at a Henderson 7-11. She gives a description of the suspect to the police, which includes that he was a tall Arab male in his mid-thirties. In this situation, the police are allowed to target suspects matching this description because ethnicity is merely being used as a descriptor. But if Jenny did not know the suspect's ethnicity because the suspect was wearing a mask, then the police would not be allowed to target Arabic suspects over suspects of other races.

It makes no difference if all the past robberies in that neighborhood in the above example happened to have been carried out by Arabic people. If a suspect's race or ethnicity is unknown, police cannot target suspects based solely on race or ethnicity.

Targeting suspects based on rates violates the U.S. Constitution.

Racial profiling violates people's Fourth Amendment protection from unreasonable searches and seizures as well as their Fourteenth Amendment's right to equal protection of the law:4

When formulating reasonable suspicion or probable cause, police may not let any racial animus or discriminatory intent factor into their decisions. Police may consider such contextual factors as an area's crime rate or if the suspect is behaving suspiciously. But unless the police already know that a suspect they are looking for is of a particular race or ethnicity, the police violate the U.S. Constitution by targeting someone based on race or ethnicity.5

3. Lawsuits and remedies for police profiling based on race in Nevada

People who have been targeted by law enforcement based on race, ethnicity, or national origin can sue the police under 42 U.S.C. Section 1983. Their primary allegation would be that the racial profiling violated their Fourth Amendment rights against unreasonable searches and seizures.6

Plaintiffs who win these cases can collect compensatory damages to pay for their:

If law enforcement officers behaved in a malicious way, plaintiffs may be able to collect punitive damages as well. And courts can also require that the defendants pay the plaintiffs' attorneys' fees.7 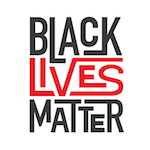 Police officers may be sued for discriminating among suspects based on race.

Depending on the case, racial profiling victims may be able to bring a Section 1983 suit against:

5. "Qualified immunity" for police in lawsuits

The primary defense police raise when sued under Section 1983 is that their "qualified immunity" as government officials shields them from liability. However, plaintiffs may be able to "pierce" this immunity by showing that the officers' actions were unreasonable and not within the bounds of good faith.8

Therefore, a plaintiff's attorney would try to compile evidence that shows that the police acted in bad faith by practicing racial profiling. Common evidence in these cases are:

In short, "qualified immunity" protects police officers from lawsuits when they are doing their job. Targeting suspects based on race is not part of their job. And if the plaintiff can show that the officer acted unreasonably, the officer may lose immunity.

6. Statute of limitations for Section 1983 lawsuits

In most Section 1983 cases, plaintiffs have two-years after the incident to file suit. Every case is different, however, so plaintiffs should consult with a personal injury attorney to calculate the time limit and discuss other lawsuit options.9

Are you a victim of police profiling you based on race in Nevada? Call our Las Vegas personal injury attorneys at 702-DEFENSE (702-333-3673) for a FREE consultation. Through thorough investigation, negotiation, and litigation, we will fight for the largest financial rewards possible in your case.

Learn more about suing for police misconduct in Nevada.