Non-citizens facing deportation proceedings in Nevada may be able to remain in the United States by way of such measures as (1) cancellation of removal, (2) prosecutorial discretion, (3) asylum, (4) voluntary departure, or other visa and waiver options that may put a stop to deportation.

Depending on the foreigner's case, there are various measures a Nevada immigration attorney can take to avoid and prevent the client's deportation and hopefully safeguard his or her resident status.

Click below on a frequently-asked-question about ways to fight deportation in Nevada:

Also see our article about cancellation of removal in Nevada and DACA in Nevada. 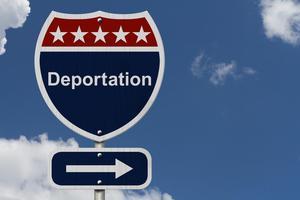 Many Nevada deportation cases end with the foreigner remaining lawfully in the U.S.

1. How does "cancellation of removal" stop deportation in Nevada?

Section 240A of the Immigration and Nationality Act (INA) is called Cancellation of Removal. Cancellation of removal petitions allows the Attorney General to cease deportation proceedings based on certain criteria depending on whether the foreigner has a green card or not. This is the most common "deportation defense."

In cases where the alien is a permanent resident, the Attorney General usually may cancel removal if the alien:

Learn more about cancellation of removal for permanent residents in Nevada.

2. How does "prosecutorial discretion" stop deportation? 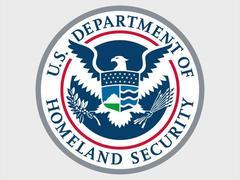 Prosecutors can elect to halt deportation proceedings in Nevada.

Like it sounds, prosecutorial discretion allows Department of Homeland Security officers to use their professional discretion to dismiss deportation cases even if the non-citizen is lawfully deportable. Common factors prosecutors consider when determining whether to terminate a deportation proceeding include:

Aliens may even appeal to prosecutors to stop deportation based on humanitarian reasons. Learn more about prosecutorial discretion in Nevada immigration cases.

3. How does "political asylum" prevent deportation?

A foreigner allegedly in the U.S. illegally may attempt to prevent deportation by receiving asylum status. In order to qualify for asylum, the foreigner must show the following:

There is no fee to file an asylum application, USCIS Form I-589, but the alien must submit it within a year of arriving in the U.S. After one year of becoming an asylee, the alien may apply for legal permanent residence by submitting a USCIS Form I-485. Learn more about asylum laws.

4. How does "voluntary departure" avoid deportation?

The Attorney General grants the privilege of voluntary departure to stop deportation.

5. Other avenues of deportation defense in Nevada

5.1. How do U Visas stop deportation?

Non-citizen victims of violent crimes may be able to escape deportation through a U Visa. U visa requirements include:

Although U visas are non-immigrant visas, which means they do not guarantee permanent legal status, U visa recipients may later be able to adjust their status to permanent. Learn more about U-Visas in Nevada.

The majority of I-601 waiver applications turn on demonstrating that 1) an immediate relative of the alien is a U.S. citizen or permanent resident, and 2) that relative would face extreme hardship if the alien left the U.S. Obviously this is a very subjective criteria, and so the alien is encouraged to submit ample evidence with his/her application. Also see our article on provisional unlawful presence waivers.

Facing deportation in Nevada? Call us...

There are many reasons why foreigners in Nevada may be threatened with deportation procedures. Just some of the grounds for deportation include include conviction for Nevada crimes that cause deportation, immigration status violations, falsified immigration documentation, alleged commission of inadmissible crimes in their home countries, marital fraud for immigration reasons, helping a foreigner unlawfully come into the U.S., and the termination of conditional permanent residence.

If you or a loved one is at risk of deportation or removal in Nevada, call our Las Vegas immigration attorneys at 702-DEFENSE (702-333-3673) for a consultation. We may be able to prevent deportation and even help pave the way for lawful residency and citizenship.