A plea bargain in a DUI case is a negotiated alternative to taking a case to jury trial. A plea bargain typically involves either:

To get a sentence reduction, the defendant pleads guilty or "no contest" to driving under the influence. In exchange, the defendant receives a set of agreed-upon penalties. The saves the uncertainty of waiting to see what sentence the judge will impose if the defendant is found guilty at trial.

A charge reduction, on the other hand, involves the defendant pleading guilty to a lesser charge. This reduced charge results from a negotiation between the defense and the prosecutor. Typically this charge will have lighter penalties and less stigma than a conviction for driving under the influence.

Advantages of a DUI plea bargain

The main advantages of pleading guilty to a DUI sentence reduction are:

Advantages to a charge reduction include:

Some of the most common charge reductions offered in a drunk driving plea bargain are:

If the prosecutor's case is exceptionally weak, an experienced DUI defense lawyer may even be able to negotiate a charge reduction to:

1. Should I go to trial or seek a plea bargain in my DUI case?

There is no easy answer as to whether a defendant should fight a DUI in a jury trial or accept a plea bargain. The decision is one that should be made after careful consultation with an experienced DUI defense lawyer.

Factors the defendant and his/her lawyer will consider typically include:

"A DUI plea bargain lets a client avoid the uncertainty of a trial. In deciding whether to accept one or go to trial, my client and I evaluate three factors: (1) how strong the evidence against the client is; (2) how much tolerance the client has for the risk of a trial versus the relative certainty of a plea bargain; and (3) how good a deal the prosecutor is offering consider the first two points.”

2. Advantages of a DUI sentencing reduction

Even when a prosecutor will not reduce drunk or drugged driving charges, it is often possible to get a sentencing reduction. This involves more lenient sentencing in exchange for a plea of “guilty” to driving under the influence.

The main advantage of pleading “guilty” to DUI with a plea bargain is knowing what the sentence will be in advance.

If a defendant goes to trial and loses, the judge might sentence him or her to DUI probation. But the judge could also impose a hefty fine and/or time in jail.

With a plea bargain, the defendant leaves nothing to chance. It is a way to eliminate the worst outcome in a case of driving under the influence.

3. Advantages of a charge reduction

The best outcome of a DUI plea bargain is a charge reduction to a lesser offense. This is easiest to come by with a first-time DUI, assuming no one was injured. But even with a second or subsequent offense, or a DUI with injury, a charge reduction is sometimes possible.

Depending on the charge, potential advantages to a charge reduction can include:

Note, however, that some charge reductions may still be “priorable.” This means they will still count as a prior conviction if the defendant is arrested again for drunk or drugged driving.10

For instance, in California, “wet reckless” is a priorable offense.11 This can be important as penalties for drunk or drugged driving usually increase with each subsequent offense.12

DUI plea bargains/charge reductions can often keep a defendant out of jail.

Common DUI charge reductions, least to most favorable include:

Let's take a closer look at each of these options.

“Wet reckless” is typically the first DUI charge reduction the prosecution will consider. This is a reckless driving conviction that contains a note in the record that alcohol (or in some cases drugs) was involved in the offense. This is what is meant by the “wet” in the phrase “wet reckless.”

A "wet reckless" plea bargain has several advantages over a driving under the influence conviction. These usually include:

But, as noted above, a “wet reckless” is usually still "priorable." This means that if the defendant is convicted of driving under the influence within the state's DUI “lookback period,” he or she will be sentenced as a repeat DUI offender.

Example: Deanna is arrested for violating California Vehicle Code 23152(b), driving with a BAC of .08% or higher. It is her first drunk driving offense.

Deanna's California DUI defense attorney is able to negotiate a charge reduction to a “wet reckless.” Deanna is sentenced to DUI probation with no jail time and a minimal fine.

But three years later Deanna is convicted under Vehicle Code 23152(a), California's law on “driving under the influence.” California has a “lookback” period (also known as a “washout period”) of ten years for DUI. So Deanna faces second DUI offense penalties (even though it is technically her first drunk driving conviction).13

“Dry reckless” is simply a reckless driving conviction that results from a plea bargain to DUI charges. Unlike a “wet” reckless, there is no mention of alcohol or drugs in the record of a dry reckless conviction.14

The major advantages of a dry reckless over a wet reckless DUI plea bargain are that the “dry” offense usually:

The primary disadvantage of a dry reckless is that it is still a misdemeanor offense. It is also likely to add points to the defendant's DMV driving record. Acquiring too many points in a given time period triggers a negligent operator license suspension.15

That said, most experienced DUI defense lawyers regard pleading a dry reckless as a very good result in a driving under the influence case.

Exhibition of speed (“speed ex” for short) is a less-common charge reduction in a DUI case. It is typically offered as a plea bargain in cases in which the prosecution's case is fairly weak.

"Speed ex" is still a misdemeanor offense, with penalties that can include probation, fines, and possibly jail time.16 It also typically adds some number of points to the defendant's DMV driving record.

But most of the time a "speed ex" charge results in no jail time as well as fines and a period of probation that are lower than they would be for a DUI.

As such, it is usually a desirable outcome for many DUI defendants. 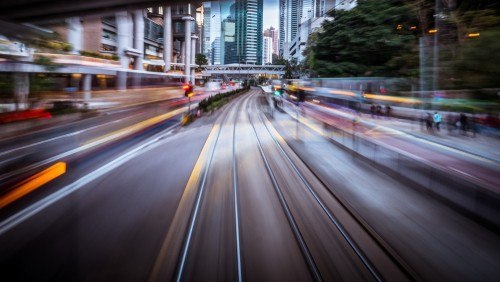 “Exhibition of speed” can often be negotiated as a charge reduction to a DUI—even if the defendant did not actually drive over the speed limit.

A drunk in public (“DIP”) charge17 is a less common product of DUI plea bargaining. It is typically offered when a defendant was clearly drunk but it was not obvious that he or she was driving.

For instance, DIP may be offered or requested if the defendant was found passed out in a parked car.

Drunk in public is typically a misdemeanor, with penalties that can include jail time and a small fine.18 But because it is not a driving-related offense, it will not lead to negligent operator points on a defendant's DMV record.

4.5. Drinking alcohol in a vehicle

In some circumstances, a DUI might be plea bargained down to a charge of consuming alcoholic beverages in a vehicle.19 This law makes it a crime for a driver or passenger to drink alcohol in a car on a public street.

Drinking while driving is typically agreed to when the prosecution's case is weak. For instance, the defendant's DUI blood test or DUI breath test might show a blood alcohol concentration (“BAC”) that is just at or over the legal limit.

In such a case, the chemical test results may be enough to suggest “reasonable doubt.” This can create a situation in which neither the prosecution nor the defense wants to chance a negative outcome at trial.

Drinking alcohol in a vehicle is a great result for most drunk driving defendants. It is typically a non-criminal infraction, with a penalty of only a small, non-criminal fine. And it does not add points to the driver's DMV record.20

Prosecutors offer traffic infractions or moving violations as DUI plea bargains only as a last resort. This typically happens in cases in which they are fairly certain that driving under the influence charges won't stick.

Traffic infractions are not criminal offenses and can be punished by a small fine only.21

Prosecutors sometimes offer a plea deal for a DUI that consists of two infractions. These are known as a "pair of movers.” These typically consist of one moving offense that can be worked off in traffic school and one that places DMV points on the driver's record.

Examples of when traffic infractions or "movers" might be offered as a DUI charge reduction include:

Charged with a DUI in California? Call us for help…

If you or a loved one needs help negotiating a DUI plea bargain/charge reduction in California, we invite you to contact us for a free consultation.

Call us at 855-LAWFIRM to speak to an experienced DUI defense lawyer in your area.

We also have offices in Las Vegas and Reno that may be able to reduce a Nevada DUI to a "reckless driving" charge.