Busted at a DUI checkpoint? Advice from a former D.A.

More info at http://www.shouselaw.com/dui-checkpoint.html Arrested for DUI at a sobriety checkpoint or police roadlblock? Can you fight the case? Are DUI checkpoints legal or do they violate your rights? What procedures must police follow at checkpoints in order to have probable cause to make you exit your vehicle? In this video, a former DUI prosecutor—now criminal defense lawyer—answers all of these questions. Under California law, police must follow strict procedures in setting up and administering a DUI sobriety checkpoint. When they fail to adhere to these procedures, a good DUI defense attorney can challenge the arrest and often get the charges reduced or dismissed.

Drivers arrested at a DUI sobriety checkpoint may be able to challenge their arrest on constitutional grounds. While the police do NOT need "probable cause" to stop drivers at a checkpoint, the checkpoint itself must meet certain requirements under both the United States Constitution and the California Constitution.

The legal requirements for California DUI sobriety checkpoints are:

If a checkpoint does not meet these requirements, a driver arrested at such an inspection may be able to defend against DUI charges.

DUI sobriety checkpoints have been held valid under both the United States and California constitutions.2

The California Supreme Court has held that DUI checkpoints are “administrative inspections,” like airport screenings.3 As such, they are an exception to the Fourth Amendment rule that an officer must have probable cause or reasonable suspicion to initiate a DUI investigation.

2. What can a driver expect when stopped?

The law enforcement agency that is operating a California sobriety checkpoint will section off a portion of the road. This will usually cause vehicles to merge into one or two lanes before coming to a stop.

The officer will usually also engage the driver in a brief discussion. This dialogue helps the officer evaluate whether someone may be driving under the influence.

Specifically, an officer at a California DUI checkpoint is looking to see whether the driver:

In some California counties, the police may also ask the driver to submit to a cheek swab to test for DUI of marijuana or other drugs.

Based on the results of these tests, the officer may have probable cause to believe that the driver is:

3. What are the rules and regulations for DUI sobriety checkpoints in California?

Courts in California will look at eight different factors to determine whether a checkpoint was legal. There is no minimum number that is needed in order for a specific checkpoint to meet this test.

Rather, the court must balance:

"When I have a client who is arrested at a California DUI checkpoint, I critically examine the sobriety checkpoint itself. If any of the legal requirements that relate to these DUI traps are not satisfied, I may be able to get my client's DUI case dismissed." 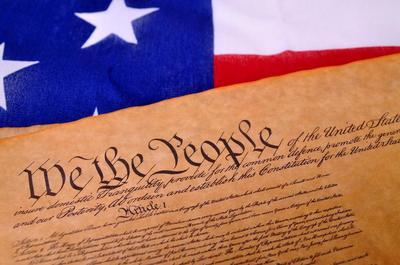 Courts have held that DUI sobriety checkpoints are constitutional as long as they abide by certain legal requirements.

Ingersoll v. Palmer is the landmark case relating to California DUI checkpoints. In it, the California Supreme Court set forth eight “functional guidelines” to determine whether a DUI checkpoint is constitutional.8

Let's take a brief look at these factors one by one.

Supervising officers (as opposed to field officers) must determine where, how, and when California sobriety checkpoints will operate.9 This is to “reduce the potential for arbitrary and capricious enforcement."10

2. The criteria for stopping motorists must be neutral

Supervising officers need to determine ahead of time which cars are to be stopped. Field officers may not make this determination.

The determination must be made using “neutral mathematical selection criteria.” Examples are stopping every third car, five consecutive cars out of every ten, etc. Stopping only certain makes or model years of car, or stopping only drivers fitting a certain age or ethnic profile, is NOT acceptable.11

3. The sobriety checkpoint must be reasonably located

The sobriety checkpoint must be in a location where there is a high incidence of DUI-related accidents or arrests.12

4. Adequate safety precautions must be taken

Supervising officers must consider safety when choosing where to set up a California DUI checkpoint.13

5. The checkpoint's time and duration should reflect “good judgment”

Supervising officers are expected to use their “good judgment” in setting the time of day and duration of a checkpoint. Effectiveness must be weighed against the intrusiveness to drivers.15

6. The checkpoint must clearly show its official nature

Motorists should be able to see clearly that they are approaching an official DUI stop. This helps minimize fear and surprise on the part of law-abiding drivers.16

The official nature of a sobriety roadblock can be indicated by:

7. Drivers should be detained a minimal amount of time

Drivers should be detained at a California DUI checkpoint only long enough for the officer to question the driver briefly and to look for signs of intoxication such as:

A driver who shows no signs of impairment should be permitted to drive on without further delay.19 Any further investigation must be based on probable cause or reasonable suspicion.20

8. DUI roadblocks should be publicly advertised in advance

Ideally, DUI checkpoints should be advertised in advance. However, lack of advance publicity does not, by itself, make a sobriety checkpoint unconstitutional.21

Law enforcement agencies generally try to publicize DUI sobriety checkpoints about a week in advance. Notice of upcoming checkpoints can often be found in or on:

4. Can a driver turn around to avoid a DUI checkpoint?

There is no law preventing someone from intentionally avoiding a DUI checkpoint. A driver may turn around or take another route--as long as it is safe to do so.

As a practical matter, law enforcement agencies typically give drivers sufficient warning to allow them to safely avoid the checkpoint.22 In addition, departmental rules often prohibit officers from stopping motorists solely because they intentionally avoided the stop.

But normal traffic rules still apply. Police officers may pull someone over if, while avoiding a DUI checkpoint, he or she:

5. Can a driver refuse to cooperate?

Vehicle Code 2814.2(a) VC requires all drivers to stop and submit to California sobriety checkpoints.24

So once someone is at a checkpoint, he/she may not refuse to comply with the officer's instructions. A driver who does so will likely be charged with a California infraction.

But this does not mean that a driver has to submit to field sobriety tests or pre-arrest breath tests or cheek swabs. These tests are optional and a driver may refuse them without penalty (though doing so may result in the driver being arrested for DUI anyway).

6. What if someone is caught driving without a license?

What happens to someone caught without a license at a California DUI roadblock depends on whether:

License not on driver's person or in vehicle

A driver who is not carrying his or her license can be charged with Vehicle Code 12951, failure to display a driver's license. This will likely be charged as a California infraction and lead to payment of a fine.

And if the driver can later prove that he/she did have a valid license at the time of the stop, there is a good chance that the charge will be dismissed.

The driver does not have a valid license

It is more serious if the driver does not have a license at all or if his/her license has been suspended or revoked. In this case, he or she can be charged with:

But the driver's vehicle will not be impounded at the DUI checkpoint as long as:

The police can no longer automatically impound vehicles of unlicensed drivers

Before 2012, California law allowed officers to impound the vehicles of unlicensed drivers at California DUI checkpoints. Opponents of this practice argued that such vehicle seizures:

In response to such criticisms, the California Legislature enacted Assembly Bill 353, now codified as California Vehicle Code 2814.2. That section prohibits the immediate impoundment of a vehicle at a sobriety checkpoint if the driver's only offense is driving without a valid license.27

7. How can people find out about DUI checkpoints in advance?

Law enforcement's official releases are the best way to find out about DUI checkpoints in advance. Other sources of advance information about when and where sobriety roadblocks will be held include:

That said, as discussed above, advance public notice of upcoming checkpoints is not required. So not all checkpoints will be publicized through those channels.

Are there smartphone apps that advise drivers of upcoming DUI checkpoints?

There are numerous apps on the market that purport to warn drivers of upcoming sobriety roadblocks. In addition, the traffic data app Waze reports the location of police, including at sobriety checkpoints. (But remember that Waze's data is user-generated and so may not be accurate or comprehensive.)

Note that apps come and go depending on the current state of the law and whether the publisher has updated them along with the platform's operating system updates.

For instance, in June 2011, Apple (the maker of iPhones) and Research in Motion (the maker of Blackberries) banned the sale of apps that:

This came after four United States senators expressed concerns that such apps were “giving drunk drivers a free tool to evade checkpoints.”29

But a recent Google search revealed that such apps are still available for IOS (for iPhones) as well as for phones that run Google's Android OS.

In July 2018, the Oxnard police stopped almost 1,000 drivers and arrested three at a sobriety roadblock. The location was chosen because it was the site of recent arrests stemming from alcohol-related accidents.30

In June 2018, a sobriety checkpoint in Santa Maria, California resulted in nine arrests based on just 481 screen vehicles.31 One of these was for DUI. The other eight were for driver's license violations.

But not all sobriety checkpoints result in arrests. On a recent Friday night in June 2018, an 8-hour roadblock set up by the California Highway Patrol in Santa Clarita stopped 467 vehicles but resulted in no arrests. Only 11 drivers were even given field sobriety tests.32 However, the checkpoint was left up for the remainder of the weekend, during which the CHP made five arrests.

Arrested at a DUI checkpoint? Call us for help…

If you or a loved one was arrested at a California DUI sobriety checkpoint, we invite you to contact us for a free consultation.

Call us at 855-LAWFIRM to set up a free consultation with an experienced California DUI lawyer in office or by phone.