Penal Code 502 PC, in subsection (c),is the California statute that defines the crime of “unauthorized computer access.” A person commits this offense if he or she accesses a computer, data, software, or a computer network without permission.

The code section is also known as the “Comprehensive Computer Data Access and Fraud Act.” A violation under the Act can lead to either misdemeanor or felony charges.

PC 502 (c) lists several ways in which a person can commit a crime. Some of these include:

An accused can beat a charge under this statute with a legal defense. Common defenses include:

Most violations of these laws are wobbler offenses under California law. This means the crime can be charged as either:

If a misdemeanor, the offense is punishable by imprisonment in county jail for up to one year.

If a felony, the crime can lead to up to three years in state prison.

In lieu of a jail or prison term, a judge can award a defendant with either: 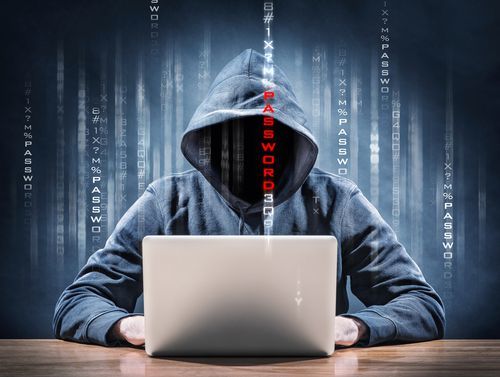 Penal Code 502c PC is the California statute that defines the crime of “unauthorized computer access.”

A person commits a crime under this statute if he accesses the following without permission:

It is also an offense for a person to access these items with the intent to:

A person can also be charged under PC 502 if he helps someone else access a:

Note that a person is only guilty under these laws if he acted:

Example: Marsha suspects her husband Dave is having an affair and is communicating with his mistress via his work email.

After a few tries, Marsha is able to guess his password for his work email. She uses it to log into his email and reads through it.

Here, Marsha is guilty under this statute. She entered her husband's work network knowing she was doing so. She also did so without his permission.

This statute does list several ways a person can commit a crime. But someone can still commit an offense if he does some other wrongful act not highlighted in the law.5

A person accused under this statute can challenge the accusation with a legal defense.

Recall that a person is only guilty under this statute if he acted knowingly. This means with knowledge that he was unlawfully accessing a computer or computer network. Therefore, a defense if for an accused to say that he did not have this knowledge. Perhaps, for example, the accused got onto someone else's computer by accident.

Also recall that an accused is only guilty of a crime if he acted without permission. This means it is a defense for a defendant to show he had consent to access a computer. Note, though, that this consent must come from someone authorized to provide it.

Penal Code 502 makes it a crime for a person to unlawfully access a computer. It also makes it an offense to do so and also defraud someone.

“To defraud” means to deceive someone or trick them.

In these cases, it is a defense for an accused to say that:

Perhaps, for example, he wanted to pull a prank and did not intend an illegal act.

Most violations of this statute are wobblers. A wobbler is an offense that can be charged as either a misdemeanor or a felony.

4. Can this lead to deportation?

Most Penal Code 502 convictions will not cause negative immigration consequences.

Some California crimes can lead to a non-citizen defendant being:

Most PC 502c crimes, though, are not these types of offenses.

A person can get an expungement if he completes:

Note that a judge may even award expungement if a party violates a probation term.

A conviction under this statute may adversely affect a defendant's gun rights.

This means a felony PC 502 conviction will strip away the defendant's gun rights.

However, a misdemeanor conviction will not harm these rights.

There are three crimes related to unauthorized computer access. These are:

Penal Code 530.5 PC is the California statute that defines the crime of identity theft. A person commits this offense when he:

Note that a person can be charged under PC 502c if he commits this offense via a computer.

California's credit card fraud laws make it a crime for a person to:

Again, a person can be charged under PC 502c if he commits this offense via a computer.

Penal Code 487 PC is the California statute that defines the crime of "grand theft." A person commits this offense if:

For information on similar crimes in Colorado, please see our article on: “Computer Crimes CRS 18-5.5-102.”