Penal Code Sections 484e, 484f, 484g, 484h, 484i, and 484j all make it a crime for a person to commit credit card, debit card, and/or access card fraud. These sections make it a crime to use a credit or access card to obtain money, goods or services to which the person is not legally entitled.

A defendant can raise a legal defense to fight a credit card fraud charge. A few common defenses are that the defendant:

Most instances of credit/debit card fraud are punishable as: 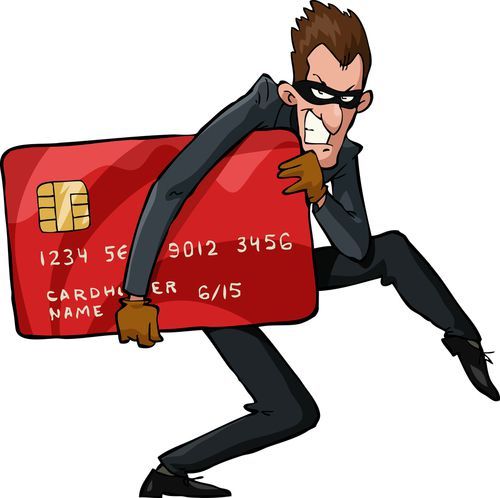 1. Are there legal defenses to credit card fraud?

There are legal defenses available to charges of credit card fraud in California.

1.1. No intent to commit fraud

A person is only guilty of credit card fraud if he acted with the specific intent to commit fraud.

A person intends to commit fraud when he tries to deceive or trick another person.1 A defense, therefore, is for the accused to show that he did not act with this requisite intent.

Example: Mark is not guilty of fraud if he performed some act (e.g., used another person’s card) on the basis of an honest mistake.

If a person was stopped or arrested for violating one of these laws, and there was no probable cause, then any evidence obtained following the improper stop/arrest could get excluded from the case. This exclusion could result in the dismissal or reduction in charges.

The Fourth Amendment also declares that we have the right to be free from unreasonable “searches and seizures” by law enforcement.

If authorities obtain evidence from an unreasonable, or unlawful search and seizure, then that evidence can get excluded from a criminal case. This means that any charges in the case could get reduced or even dismissed.

A violation of PC 484e is charged as grand theft, which is a wobbler. This means the crime can be charged as either a misdemeanor or a felony. The maximum penalty is custody in county jail for up to three years.

A violation of PC 484g is charged as either grand theft or petty theft. As noted above, the most severe penalty for grand theft is a felony charge and up to three years in jail. Petty theft is charged as a misdemeanor. The crime is punishable by custody in county jail for up to one year.

A violation of PC 484h is charged as either grand theft or petty theft. The possible penalties are the same as those under Penal Code 484g.

Most violations of PC 484i are wobbler offenses. The most severe penalty includes a felony charge with up to three years in county jail.

A violation of PC 484j is charged as a misdemeanor. The crime is punishable by custody in the county jail for up to six months.

A conviction for credit card fraud may have negative immigration consequences.

A category of “deportable” or “inadmissible” crimes includes aggravated felonies.2

Recall that, depending on the specific facts of a case, fraud can get charged as a felony. If this happens, and there is a conviction, the conviction could lead to detrimental immigration effects.

If a party violates a probation term, he can still possibly get an offense expunged. This, though, is in the judge’s discretion.

Under Penal Code 1203.4, an expungement releases an individual from virtually “all penalties and disabilities” arising out of the conviction.3

5. Does a conviction affect a person’s gun rights?

A conviction may affect the convicted party’s gun rights.

Again, recall that, depending on the facts of a case, a violation of one of these laws may result in a felony charge. If this happens, and there is a conviction, a defendant will lose his gun rights.

There are three crimes related to credit card fraud. These are:

A person commits this offense by taking another person’s personal identifying information for use in an unlawful or fraudulent manner.

Penal Code 459 PC says that burglary is a crime in California.

Under this section, a burglary occurs when a person enters any residential or commercial building or room with the intent to commit a felony or a theft once inside.

Per Penal Code 502 PC, the unauthorized access of a computer is a criminal offense.

A person breaks this law when he accesses a computer, computer data, or a computer network without permission (and usually with an unlawful purpose).

7. What is the recourse for victims of credit card fraud?

People whose credit card information has been stolen should first report the fraud and cancel the card. They can do this through their credit card’s mobile app. Or by calling the bank’s fraud department.

The bank can then launch an investigation. And it should mail out a new card immediately. In the meantime, the consumer can ask the bank for credit to use while waiting for the card to arrive.

Credit card companies should not hold consumers responsible for fraudulent charges as long as they have fraud protection. Therefore, many consumers choose to take no other action once they have been reissued a new card. But fraud victims can also consider:

For similar accusations in Colorado, please see our article on: “Credit Card Fraud in Colorado.”

Can an Employer Pay Me Late in California?

Is it a Crime to “Steal” Wi-Fi in California?