Victims of nursing home abuse in California have several remedies to recover damages and force remedial action. These include filing a lawsuit against the nursing home facility, reporting the abuse to the California Department of Aging, or filing a police report and seeking criminal charges.

Who can file a claim for nursing home abuse?

In California, seniors and dependent adults are protected by the “Elder Abuse and Dependent Adult Civil Protection Act (EADACPA).”1

The act defines a “senior” as a person age 65 or older who resides in California. It defines a “dependent adult” as any 16-64-year-old California resident with physical or mental limitations that restrict their ability to carry out normal activities or to protect their rights.2

A victim who is able can file a nursing home abuse lawsuit on their own behalf. Or you – the victim’s family – can step in and file the suit or report on behalf of your loved one through a

Compensatory damages for nursing home abuse can include (but are not limited to):

Additionally, where the abuse was reckless or willful (instead of just negligent), you may be able to obtain an award of “punitive damages” in California.3

In some cases, where there is regular or systematic abuse, a California class action for nursing home abuse may be appropriate.

What type of abuse can I sue for?

Nursing home abuse in California can consist of any of the following, if directed at a senior or dependent adult:

Additionally, if the abuse led to the nursing home resident’s death, you may be able to bring a survivor’s action or a wrongful death lawsuit in California.

Who can be sued for or charged with nursing home abuse?

Both civil lawsuits and criminal charges for California nursing home abuse can be brought against:

Here are some examples of situations where nursing home abuse criminal charges might be filed:

1. What is the legal definition of California nursing home abuse? 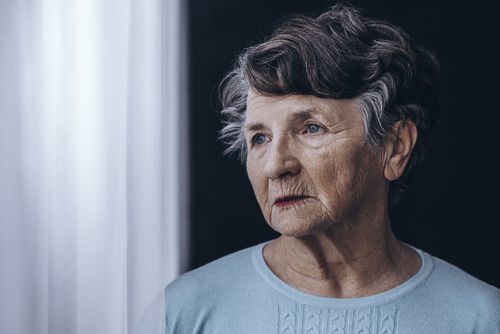 Nursing home abuse occurs when a victim age 65 or older experiences one or more of the following at a California nursing home or assisted living facility:

Example: Patricia works at a nursing home. One of the residents she cares for is a man named Alonzo who has a preexisting condition: severe Alzheimer’s disease. Alonzo frequently tries to escape from the nursing home and engages in other kinds of dangerous and disruptive behavior.

Alonzo requires so much attention that Patricia finds it hard to give adequate attention to the other residents under her care. Finally Patricia decides to start administering sedatives to Alonzo so that she can get a break from his difficult behavior.

This is a form of physical nursing home abuse.

Example: George is a certified nursing assistant who works the night shift in a nursing home that is badly understaffed. He is not well-paid and is dealing with multiple problems in his personal life.

One of George’s duties is to change the clothes and bedding of patients who soil themselves. He frequently puts this off or fails to do it altogether—which means that some of his patients sit in their own urine or feces for a long time. Some of them get bedsores, ulcers, or rashes because of this. This lack of basic medical care can lead to sepsis and a potential death case.

This is a form of nursing home abuse through neglect.

Example: Lorraine is a retired college professor who suffers from multiple sclerosis and lives in a nursing home. Her mind is sharp, but her physical abilities have declined significantly.

Chelsea is a nurse who cares for Lorraine at the nursing home. Chelsea has taken a personal dislike to Lorraine. She taunts her mercilessly about her inability to walk and excludes her from activities with the other residents. Because of this, Lorraine suffers from severe depression.

Example: Paul is the owner and manager of a small nursing home that cares for a lot of patients with severe dementia. His profit margins are slim, and he can’t afford to pay his employees much.

But when residents’ families bring or send them expensive gifts, the staff members often take them—and the residents usually don’t notice. Paul knows that this is common in his nursing home and looks the other way because it keeps his employees from complaining about their low pay.

This is a form of nursing home abuse through elder fraud. 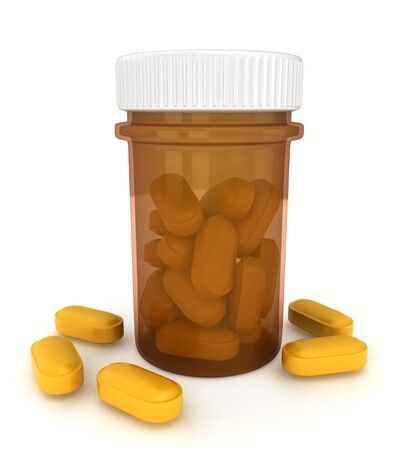 Improper administration of medication can be a form of physical nursing home elder abuse.

2. What are the remedies for abuse of elders and dependent adults?

If you suspect your family member is being abused in a nursing home, you have a number of possible remedies. You can:

You do not have to choose one over the other but can do more than one.

To help you decide which remedies are best for you, let us take a closer look at them one by one.

3. How do I win civil lawsuits for nursing home abuse in California?

Lawsuits against nursing homes and/or their employees typically require you to prove three things:

Depending on the case, you would sue on such grounds as:

To prove the case, your California injury attorney will usually have to file a legal action in order to obtain “discovery” of documents and information from the nursing home. Typical evidence in these cases includes:

Your attorney will review the file and interview potential witnesses and, if possible, the victim themself.

Because it can take several years for a case to be resolved if it goes to trial, your attorney may try to seek an out-of-court settlement with the wrongdoer(s) and their insurance company. If an acceptable settlement can not be reached, the nursing home lawsuit will go to trial in front of a jury.

In addition to damages, your lawyer may seek an injunction (court order) prohibiting the nursing home from engaging in dangerous practices.

To learn more, please see our page on Lawsuits by Victims of Crimes in California.

4. Who investigates nursing homes in California?

When you decide to initiate a complaint, you typically do so with your local ombudsman’s office. An “ombudsman” is an advocate that represents those living in long-term care facilities.

The California Department of Aging operates the ombudsman program in this state. Once the ombudsman receives a complaint about nursing home elder abuse, it conducts an investigation. The local ombudsman may speak to you as well as:

The ombudsman generally will visit the nursing home in question to do an on-site investigation as well.

If, after conducting its investigation, the ombudsman believes that it has received a legitimate complaint, it forwards the case to the California Department of Public Health. After this agency conducts its investigation, it may:

It should be noted that if you are a mandated reporter, you must report the abuse both

5. What are the criminal penalties for nursing home abuse?

5.1. Circumstances likely to cause great bodily injury or death

If elder abuse in a nursing home is committed under circumstances likely to cause great bodily harm or death, what is known as a “wobbler.” This means that the prosecutor can choose to file charges for this crime

“Great bodily injury/harm” is defined as a significant or substantial physical injury.11

The decision as to how to file nursing home abuse charges is left to the prosecutor’s discretion. They may make the decision based on:

When nursing home abuse and neglect under these conditions is charged as a misdemeanor, the potential penalties include:

And for felony nursing home abuse in these circumstances, the potential penalties are:

If the victim of felony nursing home abuse actually suffers great bodily injury, the defendant will also face an additional term in the state prison of

And if the victim actually dies, then the defendant faces an additional state prison term of

5.2 Circumstances not likely to cause great bodily injury or death

Physical, emotional or neglect forms of elder abuse, under circumstances not likely to cause great bodily injury or death, will always be a California misdemeanor.16

The penalties will be

Second and subsequent offenses can lead to 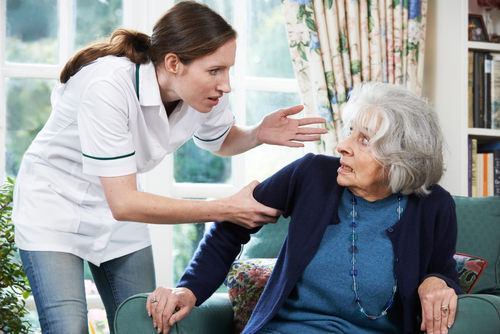 Financial elder abuse in a nursing home by a caretaker is a misdemeanor when the value of the money or property taken is no more than nine hundred fifty dollars ($950). The potential penalties are

Nursing home elder fraud becomes a wobbler when the value of the money or property taken exceeds $950. The felony penalties are

6. What are the legal defenses to nursing home abuse charges and lawsuits?

Because many people have mixed feelings about putting their loved ones in nursing homes, they often assume that anytime a resident is unhappy or injured it is because they were abused. While this is sometimes the case, it certainly is not always.

Elders tend to bruise, fall and break bones more easily than younger individuals. Elders who are in nursing homes also frequently suffer from dementia, senility, and other illnesses that render them unable to distinguish fact from fiction.

Add to this the fact that they may dislike an employee or suffer from paranoia about the staff. Therefore, the potential for false accusations, extreme exaggerations, and wrongful arrests skyrockets.

False accusations are also many times alleged against nursing home employees by other employees or by the elder’s so-called “friends” or family members trying to cover up their own acts of abuse.

Another defense along these same lines is insufficient evidence. If there is no proof

they must be acquitted of this charge.

Similarly, if the prosecutor cannot prove that the nursing home owner condoned or even knew abuse was taking place, they are not guilty of this charge.

And, unfortunately, the reality is that nursing home elder abuse does take place—but identifying the responsible party can be tricky.

Sometimes people assume the abused elder’s “regular” caretaker was the one abusing the elder (even though it was really a different employee).

Maybe money or other property was taken from an elder’s belongings, and another person was blamed simply because that person was on duty when the wrong apparently occurred.

There are countless reasons why someone could have been mistakenly identified as an abuser.

7. What are related offenses?

Offenses that can be closely related to California nursing home abuse include:

Engaging in any non-consensual sexual activity with an elderly patient can be charged as a variety of California sex crimes, such as:

Willfully killing an elder patient—or causing the death of an elder due to criminal negligence—qualifies as either:

Depending on the case, prosecutors may also bring charges for Medicare or Medicaid fraud.

Elderly people suffering from terminal or painful chronic illnesses sometimes contemplate suicide. If a caregiver at a nursing home

that person could be charged with Penal Code 401 PC aiding or encouraging a suicide.22

As with nursing home abuse, caregivers at nursing homes are often unfairly charged with this crime when something goes wrong with an elderly patient. Relatives may be looking for someone to blame.

Aiding a suicide is a felony, with a potential state prison sentence of up to three (3) years.23

8. How do I report a nursing home abuse in California?

To report nursing home abuse in California, contact either the;

Abused in a nursing home? Call us for help…

For questions about California nursing home abuse laws, or to discuss your case confidentially with one of our California personal injury or criminal defense attorneys, do not hesitate to contact us at Shouse Law Group. Our experienced lawyers fight for the largest settlement or jury verdicts possible in nursing home negligence cases.

Do not delay in contacting legal counsel. There is a strict statute of limitations for bringing civil lawsuits in California, and your legal team needs time to craft a winning case and to take depositions.

Have you been injured by a healthcare provider’s poor medical treatment? See our related article on our medical malpractice lawyers. We should be able to obtain your medical records on your behalf.