In California, an unpaid wage claim is a legal action brought by a worker to recover wages that an employer owes but has failed to pay. This action can be brought as 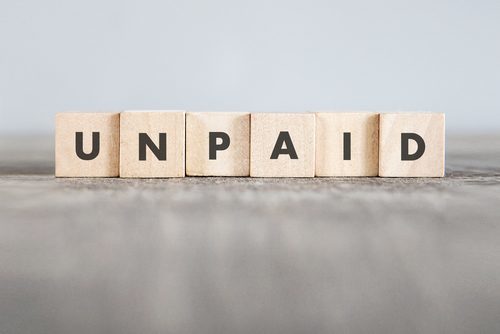 Under California law, an employer who does not pay their employees for work performed may owe the employee money for unpaid wages.

If you have further questions about wage violations after reading this article, we invite you to contact us at Shouse Law Group.

1. Does my employer owe me money for unpaid wages?

California wage and hour law provides for a minimum wage and mandatory overtime for work over a certain number of hours for non-exempt employees in California. An employer who does not pay their employees for work performed may owe the employee money for unpaid wages.1

It is against the law for California employers to pay employees less than the minimum wage. If your employer violates California’s minimum wage laws, you can recover the money owed in a wage/hour lawsuit or a wage and hour class action lawsuit.2

The California minimum wage will increase every year between 2017 and 2023, based on the following schedule:4

Under California overtime law, employers are required to pay non-exempt employees overtime pay for work over the maximum number of hours of work.5

Non-exempt employees who do not have an alternative workweek schedule are entitled to overtime pay if they work:

Employees are entitled to minimum overtime pay at one and one-half (1 ½) times their regular hourly rate of pay.

In addition, work in excess of twelve (12) hours in a single workday, or in excess of eight (8) hours on the seventh day of a workweek is paid at double the regular hourly rate of pay.7

Under California labor law, rest breaks are required for non-exempt employees who work three and a half (3 ½) or more total hours in a day. Employees are entitled to a ten (10) minutes of rest period for each four (4) hours, or substantial fraction thereof, worked in a day.10 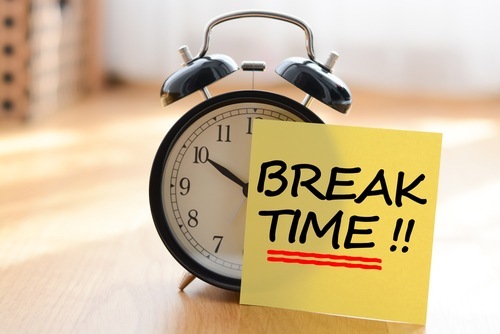 If an employer does not allow employees to take meal breaks or rest breaks, the employer will owe the employee one hour’s wages for each break the employee was denied.11

Employers in the state of California may not require employees to work “off the clock” without compensation.12

Off the clock work may include:

Work done off the clock is compensated at the employee’s regular hourly wage. If off-the-clock work is performed in excess of the maximum number of work hours, the employee is eligible for overtime pay.

Example: Jeremy applies for a job at a recording studio because he thinks it is a great way to break into the music industry. During the job interview, Jeremy tells the employer that he will work 50 hours a week for $100.00 to show the employer what a great worker Jeremy is. Jeremy gets the job.

After a few months of working, Jeremy feels like his boss is taking advantage of him and making him run personal errands all day. Jeremy tells his boss that he wants to be paid more since he is working more than the agreed-upon amount of time. Jeremy’s boss tells Jeremy that since he agreed to work for $100.00 a week, he would only be paid $100.000 a week.

Even if Jeremy agreed to work for $100.00 for a 50-hour workweek with a written contract, Jeremy is still protected by California wage and hour laws. Jeremy cannot waive California labor laws by agreement with the employer. And it does not matter what Jeremy’s immigration status is.

If Jeremy files a successful lawsuit against his employer, Jeremy may be owed unpaid wages at the California minimum wage, including damages for unpaid overtime, missed rest breaks, meal break violations, and reimbursements for certain work-related expenses. Otherwise, the employer is committing wage theft.

2. Which California employees are protected by wage and hour laws?

Employees are generally classified as exempt or non-exempt to California wage and hour laws. Non-exempt workers include “persons employed in professional, technical, clerical, mechanical, and similar occupations whether paid on a time, piece rate, commission, or other basis.”13

“White-collar workers” may include persons employed in administrative, managerial, executive, or professional capacities.14

In order to be considered an exempt white-collar worker under California employment law, employees must meet the following requirements:

However, even if a worker is hired as an independent contractor, the worker will be considered an employee if the parties act like they are in an employer-employee relationship. As an employee, the worker would be protected by California wage/hour, lunch break, and labor laws.17

3. What can you do if your employer doesn’t pay you in California?

When an employer fails to follow California wage and hour laws, you may be able to recover the unpaid wages through filing a wage claim with the labor commissioner or filing a lawsuit against your employer.18

Lawsuits against employers for California labor law violations may include:

4. How long do I have to file an unpaid wages lawsuit in California?

In most cases, the statute of limitations for California wage and hour lawsuits is three (3) years from the date of the most recent violation.19

5. How much money will I get for an unpaid wages lawsuit in California?

The damages available in a lawsuit for unpaid wages will depend on the type of labor code violation.

In a lawsuit for unpaid wages related to overtime or wages under the minimum wage, you may be able to collect the amount of back wages. In addition, you may be able to recover interest on the outstanding wages and reasonable attorney’s fees and court costs.20

If your employer failed to provide mandatory meal breaks or rest breaks, you may be eligible for one hour’s wages for each break you did not receive.21

If your employer’s violation of California labor laws was not due to a good-faith error, you may be eligible for double damages. Liquidated damages include an amount equal to the unpaid wages plus interest.22

6. Can my boss fire me for filing an unpaid wages lawsuit?

California workers cannot be retaliated against for exercising their rights under California wage and hour laws.23

If an employer retaliates against an employee for bringing a wage/hour lawsuit, the employee may have an additional cause of action against the employer.

What is a “Watson Murder” in California?

In California, a “Watson murder” is a type of second-degree murder. People can be charged with a Watson murder if they kill someone while driving under the influence (DUI) and were acting with implied malice. Prosecutors often try to prove implied malice with the defendant’s prior DUI conviction that included a “Watson admonition.” What is ...

California Labor Code 2802 – What expenses are employers required to reimburse?

California Labor Code 2802 is the law that requires employers to reimburse workers for “all necessary expenditures or losses incurred by the employee in direct consequence of the discharge of his or her duties.” Employers that fail to do so can face a wage and hour lawsuit. The statute allows employees to recover attorneys’ fees, ...