When is "resisting arrest" a felony? (Penal Code 69)

PC 69 states that “every person who attempts, by means of any threat or violence, to deter or prevent an executive officer from performing any duty imposed upon the officer by law, or who knowingly resists, by the use of force or violence, the officer, in the performance of his or her duty, is punishable by a fine not exceeding ten thousand dollars…or by both such fine and imprisonment.”

This section is closely related to the crime of resisting arrest (Penal Code 148 PC). But 69 PC is a more serious offense because it involves the use of threats of violence. The section also applies to a broader set of executive duties than just making an arrest.

The issue of resisting the police has gained a great deal of attention after the George Floyd killing and subsequent protests over racial injustice and police abuse.

There are several legal defenses that a defendant can use to contest a charge brought under this statute. These include showing that:

A violation of this code section is a wobbler offense, meaning that it can be charged as either a misdemeanor or a felony.

Resisting an executive officer is not generally not a strike under California’s three-strikes law. But it can be treated as a strike if the officer suffers great bodily injury or if a firearm or deadly weapon is used.1

Note that if a person is convicted of this crime, this conviction may lead to:

Also, note that a person convicted of this offense can seek to have it expunged once he successfully completes: 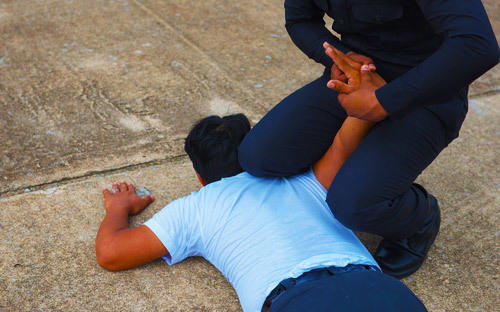 Penal Code 69 PC makes it a crime to try to prevent or resist executive officers in the performance of their duties.

1. What does it mean to resist an executive officer?

Penal Code 69 PC is the California statute that makes it a crime for a person to either:

Under a prevention offense, the prosecutor must prove two things to successfully convict a defendant under this code section. These are:

Under the resistance offense, the prosecutor must prove three things to successfully convict a defendant. These are:

An executive officer is defined as a government official who may use his own discretion in performing his duties.4 Examples include:

Note that questions often arise under this code section on the meaning of:

For purposes of this code section, someone commits an act willfully when he does it willingly or on purpose.5

Under this statute, a threat may be oral or written and may be implied by a pattern of conduct or a combination of statements and conduct.6

Note that the defendant does not have to communicate the threat directly to the intended victim, but he may do so through someone else.7

Note also that it is not necessary, for a guilty conviction, that the person who communicates the threat to have the actual ability to carry out the threat.8

“Force” and “violence,” under this code section mean any unlawful application of physical force against another person.

It is not necessary that the application causes harm or pain – the slightest touch is enough if done in a rude, angry, or offensive manner.9

A defendant can try to beat a charge under this code section with a good legal defense.

2.1. The officer’s conduct was unlawful

An officer must be performing some lawful duty in order for a defendant to be found guilty under this statute.10 This means a solid defense is for an accused to show that, while he may have interfered with an officer, that officer was acting unlawfully.

A peace officer is not lawfully performing his duties if he is:

Note that if this defense is used, it is a smart idea for a defense attorney to file a Pitchess motion. This is a defendant’s request for information contained in a law enforcement officer’s personnel file. California criminal defense attorneys typically file this motion as part of the pretrial process when they believe their client has been a victim of police misconduct.

If it turns out that other people have accused the officer of misconduct, this could be used to impeach his or her credibility. This could lead to the charge being reduced or dismissed.

If a defendant resisted an executive officer who was using excessive force against him, the accused is entitled to exercise his right to defend himself in accordance with California’s self-defense laws. These laws will protect a defendant’s conduct as long as the force he used was reasonable under the circumstances.12 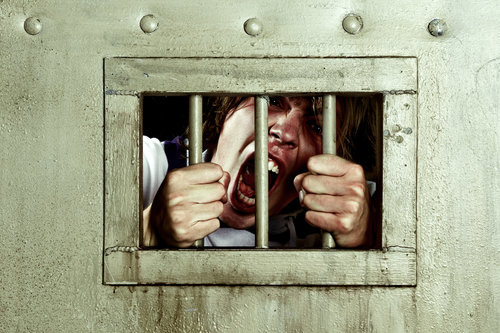 A violation of Penal Code 69 PC is a wobbler offense, meaning that it can be charged as either a misdemeanor or a felony.

4. Can this offense lead to deportation?

A conviction of resisting an executive officer may result in negative immigration consequences.

United States immigration law says that some California criminal convictions can lead to a non-citizen being deported. Some convictions can also make an immigrant “inadmissible.”

A category of “deportable” or “inadmissible” crimes includes aggravated felonies.15

then the conviction may have detrimental immigration effects.

5. Can a person get an expungement after a conviction?

A person convicted under this code section can seek to get the conviction expunged.

An “expungement” releases an individual from virtually “all penalties and disabilities” arising out of the conviction.16

This means that once a defendant has successfully completed probation or served out a jail term, then he may begin trying to get the crime expunged.

6. Does a conviction affect a person’s gun rights?

A conviction of violating 69 PC may have an effect on the convicted party’s gun rights.

then that conviction would mean he would have to give up any gun ownership and possession rights.

7. Are there civil remedies for a false arrest?

There are instances when a person gets injured because an executive officer is acting unlawfully. In these situations, the injured party may be able to file a civil lawsuit for:

A false arrest is a type of wrongful arrest in which a person is detained without his or her consent and without legal authority. In the event that a false arrest occurs, an injured person can bring a civil lawsuit against the police and try to obtain compensation for any losses incurred.

To succeed in such a civil suit, the plaintiff must successfully prove the following:

A plaintiff bringing this suit may be able to obtain both:

United States Code Section 1983 is a law that allows people whose constitutional rights have been violated by government officials the chance to sue those officials in court.

The constitutional rights protected by Section 1983 include:

This means if an executive officer violates either of these rights of a party, that party may try to bring a civil suit to recover any damages the officer caused.

A plaintiff bringing this suit may be able to recover both:

8. Are there laws related to this statute?

There are three laws related to resisting an executive officer. These are:

Penal Code 243 PC makes it a crime for a person to:

Note that this offense applies only to police officers, while PC 69 applies to the broader topic of executive officers.

Vehicle Code 2800.1 VC makes it a crime for a person to willfully attempt to flee from a police officer who is pursuing that person in a car or on a bicycle.

Note that Penal Code 69 is much broader in scale since VC 2800.1 only applies to the limited fact pattern of a person trying to flee from a cop that is in a car or on a bike.

Penal Code 422 PC is the California statute that defines the crime of “criminal threats.”

A “criminal threat” is made when:

Note that the victim here does not have to be limited to an executive officer or a police officer.

If you or someone you know has been accused of resisting an executive officer per Penal Code 69 PC, we invite you to contact us for a free consultation. We can be reached 24/7.

For similar accusations in Nevada, please see our article on: “Nevada’s Law on ‘Interfering With a Public Officer’ (NRS 197.090).”