Unemployment insurance fraud (EDD fraud) in California is when applicants supply false or incomplete information to seek or obtain unemployment benefits to which they are not legally entitled. On the employer side, EDD fraud occurs when a company supplies false information so that current or former workers will be denied benefits to which they are entitled.

California is currently seeing an increase in the investigations of unemployment insurance fraud amid the surge in applicants caused by the COVID-19 pandemic and economic downturn.

Below, our California criminal fraud attorneys1 address the following: 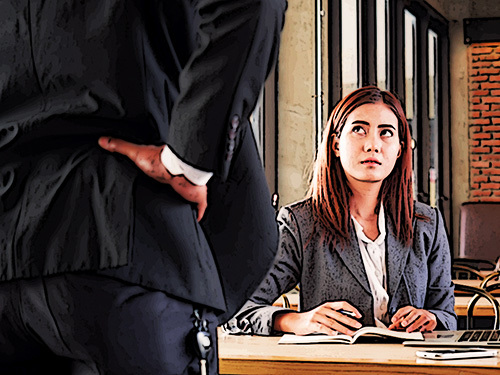 1. What is unemployment insurance fraud?

1.1. History of the unemployment insurance program

Unemployment insurance (commonly referred to as UI) is a combined federal-state insurance program that, in California, is run by the Employment Development Department (EDD). Established in 1935, employer tax contributions fund the program.

Unemployment insurance aims to help people who lose their jobs – through no fault of their own – to keep their heads above water for at least one year while they actively continue to seek new employment. Beneficiaries receive payments ranging from $40 to $450/week.

In order to qualify for unemployment benefits, you must

Although unemployment insurance is intended for workers who have lost their jobs through no fault of their own, certain provisions within the law may allow a person who either quit or was fired (as opposed to laid-off) to nonetheless receive benefits. Eligibility under these circumstances is determined exclusively by EDD on a case-by-case basis, and questions regarding these types of circumstances should be directed to the California EDD.

The problem (as is the case with many public insurance programs) is that people often take undue advantage of insurance benefits. And with respect to unemployment insurance, this not only drives up costs for employers but also creates a backlog within the system which results in longer wait times for those who are lawfully entitled to UI services.

The California EDD is the agency responsible for conducting suspected UI fraud allegations.  EDD receives most of their tips from

Once fraud is suspected, EDD’s fraud investigation unit takes over and looks into the allegations. If they uncover enough evidence to convince the local prosecuting agency to file criminal charges, they submit their report to that agency. If they believe that the claim will get rejected, they simply retain their file in case they are able to obtain additional evidence against the suspect individual.

2. What are some common examples of EDD fraud?

There are a variety of ways to violate California’s unemployment insurance fraud laws.  The following are examples of some of the most common types of these violations.

Employees aren’t the only ones who are capable of violating California unemployment insurance fraud. Employers commit this type of fraud when they 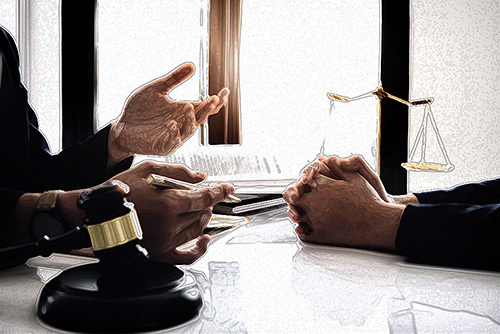 There are a variety of legal defenses that an experienced defense lawyer can present on your behalf.

3. How can a defense lawyer help?

Fortunately, there are a variety of legal defenses that an experienced California criminal fraud defense lawyer can present on your behalf. The following are examples of some of the most common.

3.1. You didn’t have fraudulent intent

Before the prosecutor can prove that you are guilty of violating any California fraud law, he/she must first prove that you had fraudulent intent. If he/she can’t prove that you acted with the specific intent to defraud, the judge will instruct the jury to find you “not guilty” of the charges.

As Santa Ana criminal defense attorney Zachary McCready11 explains, “This means that if you

then you didn’t intentionally act with fraudulent intent and you shouldn’t be held liable for violating California’s unemployment benefits fraud.”

California unemployment insurance claims (and fraud) are on the rise. The government has responded by ratcheting up the investigation and prosecution of fraud cases. Under pressure to make arrests and get cases filed, investigators often rush to judgment or jump to conclusions when it comes to pursuing a case.

Consequently, we’re seeing an increasing number of prosecutions where there’s simply a lack of evidence that the accused knowingly engaged in fraud.

Example:  You are an employer charged with knowingly withholding deductions from employees and willfully failing to pay them to the EDD.  If you don’t personally manage the “books” or payroll issues, you may not have noticed that the individual who does has actually withheld the deductions (which could be a violation of Penal Code 503 PC California’s embezzlement law).12

If the prosecutor doesn’t have enough evidence to tie you to the crime, you should be acquitted of the charge based on insufficient evidence.

Which ties into the next defense.

Demonstrating your innocence is the ultimate defense. There are numerous reasons why innocent people get accused of this crime. Perhaps someone in your office filed for a fraudulent claim and, when questioned, tried to escape his own liability by pointing the finger at you. Perhaps you were the victim of identity theft and – as a result – you were also the victim of mistaken identity, since you are not the culprit who submitted the false claim.

A good defense attorney and defense investigator can often uncover the critical facts to exonerate a falsely accused suspect.

When all else fails – and the evidence against you is too obvious to dispute – your California criminal fraud defense attorney will attempt to negotiate a plea bargain. Plea bargains are useful tools when you can’t escape criminal liability and when there are weaknesses in the state’s evidence, mitigating factors or too many cases in the system.

Plea bargains allow the prosecution to obtain a conviction against you and allow you to plead guilty or nolo contendere (“no contest”) to a reduced charge and/or a reduced sentence in exchange for a dismissal of the more serious unemployment insurance fraud charge. 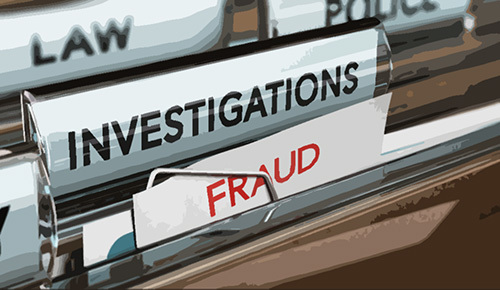 Unemployment fraud violations can result in fines and/or jail time

4. What happens to people who get caught and prosecuted?

The exact sentence you face depends on the specific offense for which you were convicted. Penalties range quite a bit, as many fraud offenses are what we call wobblers. “Wobblers” are offenses that the prosecutor may choose to file as either a misdemeanor or a felony, depending on

It bears repeating that your sentence may vary, depending on your exact conviction, given that there are a variety of laws that pertain to unemployment insurance fraud.

If the prosecutor convicts you of this offense, the amount of the fraud controls the sentence. California unemployment insurance fraud may qualify as a misdemeanor if the amount of the alleged fraud is $950 or less. When this is the case, a conviction subjects you to up to six months in county jail and a maximum $1,000 fine.14

If the amount of the alleged fraud:

prosecutors may elect to charge you with this offense as a felony. If so, a conviction carries a

In addition, a conviction for unemployment benefits fraud subjects you to

4.4. Restitution in lieu of criminal charges

Depending on the circumstances of your offense, a skilled California criminal defense attorney could arrange for you to pay restitution to the California EDD in exchange for the Department’s agreeing not to file criminal charges.

If the Department agrees – and you make timely payments – you will not face criminal charges. However, if you default on any of your payments, the EDD may institute criminal proceedings at any time.20

Because unemployment insurance fraud frequently involves allegations of theft, forgery, and perjury, prosecutors may file the following charges in addition to or in lieu of UI fraud.

This means that if you fraudulently obtain unemployment benefits that total more than $950, prosecutors could charge you with this wobbler, punishable by up to three years in jail and a maximum $10,000 fine.21

Penal Code 470 PC California’s forgery law prohibits knowingly altering, creating, or using a written document intending to commit fraud.  This means that if, for example, you apply for unemployment benefits

prosecutors could opt to file forgery charges as well. If convicted of forgery, you again face a wobbler, which is also punishable by up to three years in jail and a maximum $10,000 fine.22

Penal Code 118 PC California’s perjury law is a felony, subjecting you to up to four years in county jail and a maximum $10,000 fine. You violate this law when you deliberately give false information while under an oath to be truthful.

This means that if, for example, you submit an unemployment insurance application in a false name, with a false social security number, or intentionally falsify any other information in your application, prosecutors could charge you with forgery as well.

Penal Code 182 PC California’s conspiracy law prohibits conspiring to commit any crime. If you conspire with another person – that is, make an agreement to commit an unlawful act – in order to either

you face a felony, punishable by the same penalties you face for being convicted of UI benefits fraud.23

Penal Code 472 PC California’s law against forging, counterfeiting, or possessing a fraudulent public seal is also a wobbler, punishable by up to three years in county jail and a maximum $10,000 fine.

If you forge or counterfeit a public seal – for example, on a forged or counterfeit UI application  – prosecutors could additionally charge you with this offense.24

If you or a loved one is charged with unemployment insurance fraud and you are looking to hire an attorney for representation, we invite you to contact us at Shouse Law Group. We can provide a free consultation in office or by phone. We have local offices in Los Angeles, the San Fernando Valley, Pasadena, Long Beach, Orange County, Ventura, San Bernardino, Rancho Cucamonga, Riverside, San Diego, Sacramento, Oakland, San Francisco, San Jose and throughout California.

What is the Punishment for Insurance Fraud?

Is it illegal to borrow (or loan out) a handicapped placard?