The first Los Angeles County drug court opened downtown as a pilot project in 1994. Judge Stephen Marcus — a “true believer” in the concept — presided over the court. Today, Los Angeles County drug courts have an astounding success rate. Only about 10% of those who graduate from the program go on to commit new offenses, as opposed to the 70% of repeat offenders that go through “traditional” L.A. criminal courts.

What’s more is that the new offenses committed by graduates of drug court are rarely drug-related — oftentimes only involving simple misdemeanors such as driving on a suspended or revoked driver’s license.

In this article, our California criminal defense attorneys1 provide a summary of the Los Angeles County drug court system by addressing the following: 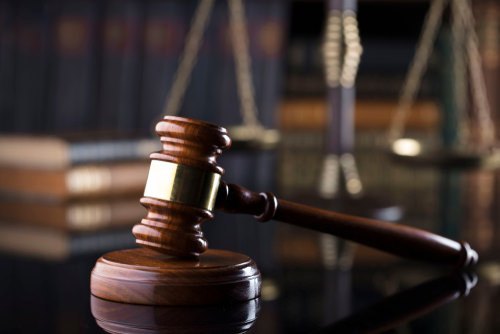 1. How does drug court work in Los Angeles County?

Catering almost exclusively to nonviolent drug possession offenders, these courts encourage defendants to become sober in exchange for either

Los Angeles County drug court follows this same lead. It promotes sobriety by offering a collaborative, non-confrontational environment where the defendant’s individual needs are truly given priority. At each appearance,

all discuss the defendant’s case. They review the defendant’s drug history, progress, set-backs and motivation for success in an open and honest manner. And as long as the defendant appears sincere in his/her efforts to become “clean”, these parties will continue to try to help.

“Drug Court philosophy recognizes that the optimum time for intervention and treatment is when the defendant is most highly motivated, i.e., when in custody or facing a state prison sentence. By securing the defendant’s release from custody, and insisting on an immediate treatment plan, followed by early and frequent court-monitored progress reports, the program can achieve a period of sobriety and stabilization from which the defendant can begin the long-term process of treatment for the self-destructive tendencies of drug abuse, and for improving the defendant’s self-esteem. The drug court judge must be part big brother, cheerleader and taskmaster.”3

Los Angeles County drug court operates out of traditional L.A. criminal courthouses. Typically, one courtroom functions as a drug court at least a couple of mornings or afternoons a week. The judges assigned to these special divisions request these assignments, as they truly believe in the benefits of the program.

2. What are the eligibility requirements?

Los Angeles County drug court is run according to the basic state guidelines that govern all California drug courts. That said, drug court is much less formal than traditional court, and each county is given some flexibility in how it wishes to structure its program.

The basic principle of drug court is that it is supposed to treat individuals who suffer from drug addiction as opposed to those who are charged with drug sales offenses.  But because Los Angeles County drug court has quite a bit of autonomy, it has much broader flexibility in determining who is eligible to participate.

California’s additional drug diversion programs, Proposition 36 and Penal Code 1000 PC deferred entry of judgment (discussed below under Section 4. Alternative California Drug Diversion Programs), are strictly regulated by statute. This means that there is very little flexibility within these programs as to who may or may not participate.

This means that, for example, a person who has been previously convicted of a sales offense is automatically excluded from these drug diversion programs. However, a Los Angeles County drug court may accept this person into its program if it appears that the individual has a long history of drug abuse and that the sales offense was committed solely as a means of supporting his/her own drug habit.

Similarly, let’s say that an individual has been charged with felony theft and not an actual drug crime. If that individual only stole to support his/her drug habit, a Los Angeles County drug court judge may nevertheless admit that individual into the program.

Even an individual who has one or two violent misdemeanor convictions that took place many years ago…convictions that were based on drug-related incidents…may still be admitted into drug court at the judge’s discretion. And if a judge is willing to dismiss a former serious or violent felony that constitutes a “strike” under California’s Three Strikes law, L.A. drug court may accept that individual if it appears his/her current problems stem from a drug addiction.

If you are charged with a straight personal possession case…and it’s your first criminal offense…chances are that you will not be required to enter a plea before you participate in Los Angeles County drug court.

This means that you will simply waive the time frame for your California arraignment and enter drug rehabilitation. If you graduate from the program, your charge(s) will be dismissed.

you will most likely be required to enter a guilty plea before you are allowed to participate in a Los Angeles County drug court. You will then be placed on probation for 36 months and will be required to complete drug court as a condition of probation. If you graduate, your charge(s) will be dismissed and your probation will be terminated. If you do not graduate, the judge will sentence you on your plea…possibly to county jail or state prison time.

3. What is the treatment regimen?

Again, because Los Angeles County drug court is part of the state’s program, it incorporates the same type of graduated reward system that is common to all California drug courts. This system requires that each defendant

As long as these basic objectives are met, how and when they are imposed is within each court’s discretion.

At the Van Nuys Courthouse, for example, defendants are typically required to spend the first 45-90 days in a jail drug treatment facility before they will be allowed to participate in the additional programs offered by the drug court. 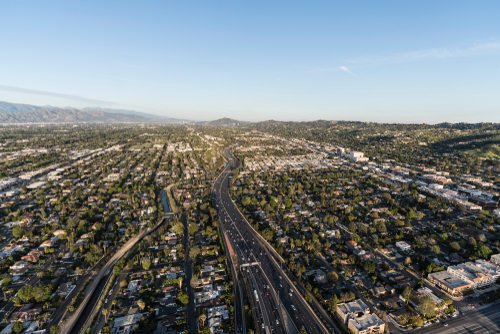 IMPACT takes the defendant off the streets and closely monitors each individual in an effort to provide a basic foundation for success. It is a very structured environment which serves as a basic model for the treatment that is to follow.

At the end of a defendant’s stay, an IMPACT counselor tells the court whether he/she thinks the defendant

Once a defendant makes it through the IMPACT program, he/she officially enters the drug court and begins Phase 1 of the program.

During phase 1, the defendant must report back to court every one to four weeks. The individual participates in individual and group therapy for a minimum of three to four hours a day / five days a week. He/she must also attend a 12-step program such as Narcotics Anonymous on a daily basis.

Phase 1 defendants used to be required to submit to daily drug testing. Today, however, that testing takes place about three times a week due to the expense of daily testing and based on the fact that drugs will typically remain in one’s system for at least a couple of days which means that they will still show up on a test.

Phase 1 is the longest phase, typically lasting about five months.

Phases 2 and 3 each last about three to four months (the entire “phase” portion of drug court lasts about one year). During this time, meetings are cut back, and court progress reports are reduced to about once every six weeks.

Because the court wants to ensure that “clean” individuals don’t simply go back to their previous lifestyle once treatment is complete, phases 2 and 3 begin to incorporate outside activities. Most defendants participate in some type of schooling (either in a traditional educational institution such as a community college or in a vocational training center) or are required to work.

By the end of phase 3, the defendant is expected to be a full-time student or employee.

If the defendant successfully completes this regimen, he/she attends a formal “graduation”, and the judge dismisses the charge(s). If the defendant can’t…or more likely isn’t willing to…complete the program, he/she faces

The good news is that the Van Nuys drug court…as well as most of the other Los Angeles County drug courts…really want to see participants succeed. This means that as long as the defendants appear to be making a sincere effort to remain clean, the court will work with them.

An individual who “falls off” the program may have to be transferred out of an outpatient treatment center back into a residential program…or even back into the IMPACT program…multiple times before he/she graduates the program. Consequently, some people may participate in drug court for much longer than one year.

4. Are there alternatives to drug court?

And while each program has its differences, all three are based on the concepts that

Prop. 36 is a mandatory drug diversion program for those who qualify. If you are charged with very specific nonviolent drug possession offenses…and those charges are only your first or second criminal charges…you will automatically be enrolled in this program. If you have a prior conviction for a serious or violent felony…that is, a crime that qualifies as a “strike”…you are ineligible for this program – period.10

While on Prop. 36, you are placed on probation. If you successfully complete your treatment, your charge(s) will be dismissed, and your probation will be terminated. If you are disqualified, you may still be eligible to participate in drug court.

Penal Code 1000 PC California’s pretrial diversion for drug offenses is very similar in form to Prop. 36 but is a bit less restrictive.11 This is because DEJ involves a certain amount of judicial discretion.

Unlike Prop. 36 which is automatic in its application, DEJ is a judge-based program. This means that it is the judge who determines whether or not a defendant is suitable for the program. A defendant who is rejected from DEJ…or who “fails out” may still be eligible to participate in California drug court.

Penal Code 1000 PC can also last longer than Prop. 36. DEJ is an 18-month to three-year program, whereas Prop. 36 is a maximum two-year program. And because DEJ does not involve formal probation, the judge does not impose any additional restrictions on your participation. Consequently, the requirements for DEJ are less onerous than Prop. 36.

As Burbank criminal defense attorney Darrell York12 explains, “Because each of these California drug diversion programs operates in a different manner…and according to a different structure…be sure to discuss all of your options with a California drug crimes defense attorney who understands the intricacies involved in each. And…if you are an L.A. county resident…be sure to consult with a local attorney who is familiar with the Los Angeles County drug court who can explain first-hand what you face if you participate in this particular program.”

For questions about Los Angeles County drug court, or to discuss your case confidentially with one of our California criminal defense attorneys, do not hesitate to contact us at Shouse Law Group.

Additionally, our Las Vegas Nevada criminal defense attorneys are available to answer any questions about Nevada’s drug court programs. For more information, we invite you to contact our local attorneys at one of our Nevada law offices, located in Reno and Las Vegas.13

Can you withdraw a plea after sentencing?

California Residents Must Buy Ammunition Through a Licensed Ammunition Vendor