Expungement of a DUI in California is a post-conviction process in which a person withdraws the plea of guilty or no contest, and the case is dismissed. The conviction still counts as a DUI prior and for DMV purposes. But after the conviction is expunged, it cannot be used against a worker for hiring or promotion purposes.

Expungements of criminal records in California is authorized by Penal Code 1203.4 PC.1 And getting one can release someone from many of the negative effects of a California DUI conviction -- including adverse employment consequences.

To help you better understand how to get a drunk or drugged driving conviction expunged, our California DUI defense lawyers discuss, below: 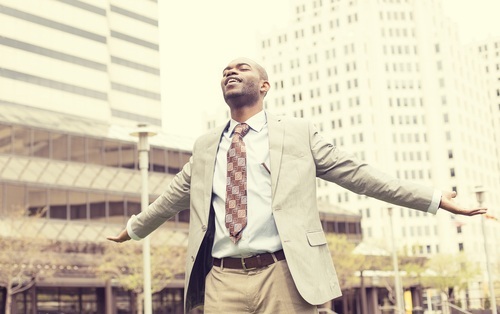 Expunging a California DUI conviction under Penal Code 1203.4 can help with job opportunities.

1. Who is eligible to get a DUI conviction expunged?

Most California driving under the influence convictions will meet these requirements.

2. How does a DUI expungement work?

As soon as someone completes probation for a DUI, he or she may petition the court to expunge the record of conviction. A judge will then review the petition to determine whether that person is eligible for an expungement.

If the judge grants the petition, then either:

After that, the judge dismisses the case.2

One of the major benefits of expunging a California DUI conviction is an easier time securing employment. Once a drunk or drugged driving conviction has been expunged, a prospective employer may no longer use it as a basis for negative employment consequences.

As it is, California's "ban the box" law prohibits employers from asking about arrests or convictions on job applications or otherwise before a conditional offer of employment has been made.3

However, an expungement does not affect your obligation to disclose the conviction when applying for state licenses or teaching credentials.4

And a state licensing board may use the conviction against you in deciding whether to grant or renew your license or credential--though it will probably look more favorably on your application if the drunk or drugged driving conviction has been expunged.

4. Will it help me get back my driver's license?

A PC 1203.4 expungement of a DUI will NOT overturn a driver's license suspension or revocation.5

But in most cases, probation lasts longer than the period of mandatory driver's license suspension for a DUI. (For example, for a first-time DUI, someone is likely to have his or her license suspended for six months and be sentenced to probation for three to five years.)

In rare cases, however, a license suspension may extend beyond probation (for instance if the license is permanently revoked). In such a case, an expungement will still not restore lost driving privileges.

5. Does an expungement affect the penalties if I get another DUI later?

Driving under the influence is a "priorable" offense in California. This means that DUI penalties increase with each conviction accumulated within a ten-year window.

And an expunged drunk or drugged conviction is still priorable just as if it had not been expunged.6

Example: Lena is convicted of Vehicle Code 23152(b), driving with a BAC of .08% or higher. It is her first drunk driving offense. She is sentenced to and successfully completes probation. Her California drunk driving lawyer then gets her conviction expunged. But a few years later Lena is convicted of DUI of drugs ("DUID"). Even though her prior conviction was expunged, Lena is still subject to the penalties for a second-time DUI.

6. Can early termination of probation help me expunge my conviction earlier?

Yes -- assuming the court is willing to grant early termination of probation. People are eligible for an expungement once their probation is terminated. It does not matter whether probation terminates because the probation period ends or probation was terminated early by the court.

Misdemeanor ("summary") probation for a drunk/drugged driving conviction typically lasts three years (but can be as many as five). Felony ("formal") probation in California is equally long.

This is a long time to wait to gain the benefits of an expungement. But California law offers a process for getting probation for driving under the influence terminated early -- for example, after 18 months.

How do I get an early termination of DUI probation in California?

In reality, however, many judges are reluctant to grant early termination of probation in a drunk or drugged driving case. One of the terms of probation for a driving under the influence offense is that the person may not drive with any measurable amount of alcohol in his/her system. Judges generally want to see the defendant bound by this term for as long as possible.

So most judges require the defendant to serve a complete term of probation before granting a PC 1203.4 DUI expungement and dismissing the case.

Need to expunge a DUI conviction? Call us for help . . .

If you are interested in expunging a California DUI conviction we invite you to contact us for a free consultation in office or by phone.

Call us at 855-LAW-FIRM (855-529-3476) or complete the form on this page to discuss your case in confidence with an experienced California DUI defense attorney in your area.

We may also be able to help if you were convicted of DUI in Nevada. For more information, please see our article on how to seal Nevada DUI records.