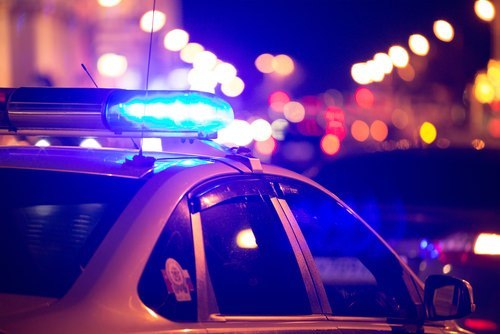 The walk and turn test is a standardized field sobriety test (FST) that police frequently administer in order to detect whether a DUI suspect is under the influence of alcohol and/or drugs.1

Law enforcement officials look for eight indicators of impairment when administering the test:

According to the National Highway Transportation Safety Administration (NHTSA), studies have revealed the walk and turn test to be 68% accurate in determining whether a driver has a blood alcohol concentration of 10. or greater.5

NHTSA has formulated particular procedures for officers to follow when overseeing the walk and turn test, as well as specific clues to look for in scoring the test.

Nonetheless, law enforcement officials often administer the walk and turn test incorrectly and/or interpret the clues erroneously. This in turn leads to even greater uncertainty surrounding the actual reliability / accuracy of the test in determining whether or not a particular driver is under the influence of alcohol and/or drugs.

You may also wish to visit our page on Field Sobriety Tests in DUI cases.

The walk and turn test is a "divided attention" standardized field sobriety test.6 A divided attention test essentially involves splitting the attention of a suspected DUI driver between mental and physical tasks.7

The walk and turn test is deliberately intended to have a suspect listen, follow and remember instructions while performing various physical movements.8

These three tests are considered "standardized" as a result of several scientific studies establishing with statistical significance the correlation between the three tests and DUI impairment.9

Nonetheless, both standardized and non-standardized FSTs are used by law enforcement officials to back their DUI investigations.

Out of the three standardized field sobriety tests, the walk and turn test has proven to be the second most reliable SFST, being 9% less accurate than the HGN test.10

The walk and turn test is one of three NHTSA standardized field sobriety tests.

Senior DUI/DWI Field Sobriety Test Instructor Robert "Bob" LaPier contends that the walk and turn test should be a sidekick to the more reliable HGN test.

Having taught thousands of polices officer and hundreds of attorneys (both DUI defense lawyers & prosecutors) in the proper administration of standardized and non-standardized field sobriety tests, Mr. LaPier has asserted that the HGN test should be at the forefront of any effective DUI field investigation.

Nevertheless, the walk and turn test has been and continues to be validated through NHTSA's research program. Therefore, it still carries a great deal of weight, especially when juxtaposed to the above-mentioned non-standardized field sobriety tests.

However, as noted by our California DUI defense lawyers in subsection five, the walk and turn test may very well be a critical source of deception and error in DUI investigations.

For standardization in the performance of this test, have the suspect assume the heel-to-toe stance by giving the following verbal instructions, accompanied by demonstrations from a position of interrogation (that is, with your weapon away from the suspect)

PLACE YOUR LEFT FOOT ON THE LINE (real or imaginary)

PLACE YOUR RIGHT FOOT ON THE LINE AHEAD OF THE LEFT FOOT, WITH HEEL OF RIGHT FOOT AGAINST TOE OF LEFT FOOT

PLACE YOUR ARMS DOWN AT YOUR SIDES

MAINTAIN THIS POSITION UNTIL I HAVE COMPLETED THE INSTRUCTIONS. DO NOT START TO WALK UNTIL TOLD TO DO SO

DO YOU UNDERSTAND THE INSTRUCTIONS SO FAR?

WHEN YOU TURN, KEEP THE FRONT FOOT ON THE LINE, AND TURN BY TAKING A SERIES OF SMALL STEPS WITH THE OTHER FOOT

WHILE YOU ARE WALKING, KEEP YOUR ARMS AT YOUR SIDES, WATCH YOUR FEET AT ALL TIMES, AND COUNT YOUR STEPS OUT LOUD

ONCE YOU START WALKING, DON'T STOP UNTIL YOU HAVE COMPLETED THE TEST

DO YOU UNDERSTAND THE INSTRUCTION?

BEGIN, AND COUNT YOUR FIRST STEP FROM THE HEEL-TO-TOE POSITION AS 'ONE.'"

Officers observe a number of different behaviors when a suspect performs the walk and turn test. Law enforcement officials specifically focus on the clues listed below as indicators for whether or not a suspect has a BAC of 0.10 percent or more. In scoring this test, law enforcement officials are trained to give only one point for each item observed (even if it is observed more than once) with a maximum score of 9 points.

If the DUI suspect scores two or more points on this test, officers are to classify his or her BAC as above 0.10 percent. Using this field sobriety test, an officer will be able to correctly classify about 68 percent of suspects with respect to whether they are drunk driving. The decision point on the Walk-and-Turn Test is simply two of the below-mentioned nine clues.

∗Should the DUI suspect have difficulty with this test, (for example, if he or she steps of the line), the officer should have him repeat the test from the point of difficulty, not from the very beginning.12 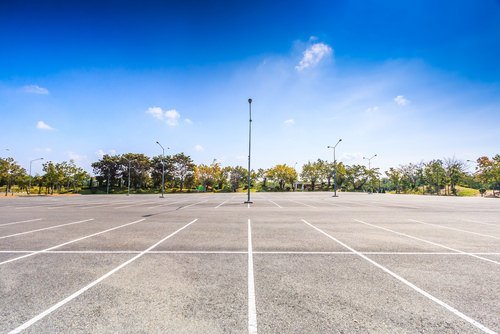 NHTSA requires that the walk and turn test be performed under safe test conditions.

NHTSA requires that the walk and turn test be performed under safe test conditions. In particular, there are three main test conditions that law enforcement officials must keep in mind:

According to government studies, the walk and turn test is 68% accurate in determining whether a driver has a blood alcohol concentration above .10.16 Hence, nearly one out of three people who fail the test are not drunk driving.

This percentage rate is based on the supposition that the walk and turn test is given correctly in accordance with NHTSA guidelines. In reality, however, not only does the test carry its own inherent defects, but its administration by law enforcement officials, including the California Highway Patrol (CHP) and the Los Angeles Police Department (LAPD), often dip below NHTSA standards.

Some of these weaknesses ripe for attack include:

2.   Impairments related to the mind and/or body:

If you or a loved one is charged with a DUI and you are looking to hire an attorney for representation, we invite you to contact us at Shouse Law Group. We can provide a free consultation in office or by phone. We have local offices in Los Angeles, the San Fernando Valley, Pasadena, Long Beach, Orange County, Ventura, San Bernardino, Rancho Cucamonga, Riverside, San Diego, Sacramento, Oakland, San Francisco, San Jose and throughout California. For information about the Nevada walk and turn test, see our article about the Nevada walk and turn test.