Zofran lawsuits are mass tort claims against the pharmaceutical company GlaxoSmithKline for birth defects caused by its nausea pill, Zofran. Zofran was routinely prescribed for expectant mothers who suffered from morning sickness, even though the drug was not approved for use during pregnancy. It has since been linked to sharp increases in the risk for cleft palette and congenital heart defects. The lawsuits claim that GlaxoSmithKline failed to warn doctors and patients of the risks, and seek compensation for: 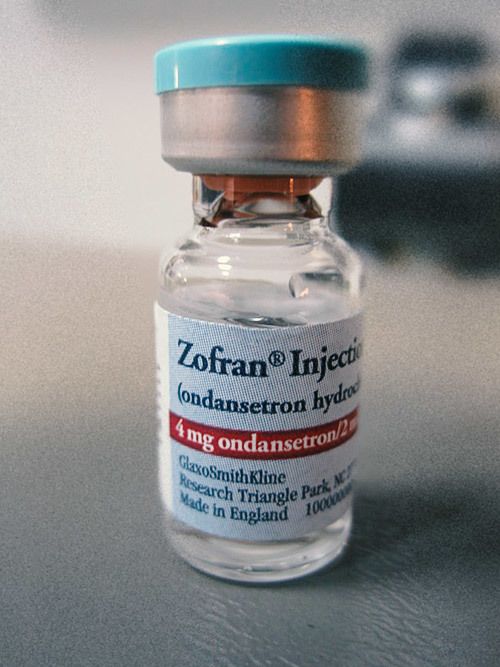 Zofran is the brand name of the drug ondansetron. It is a powerful anti-nausea drug that has been approved by the U.S. Food and Drug Administration (FDA) to prevent vomiting and nausea caused by cancer treatments like chemotherapy. It can be taken orally in a pill form, or through intravenous injection.

Importantly, Zofran's approval by the FDA has never included use by pregnant women.1 Nevertheless, Zofran has been prescribed by doctors to pregnant women to treat nausea associated with morning sickness. This “off-label” use is legal for doctors to do, but is illegal for pharmaceutical companies to promote.

Even though promoting Zofran as a treatment for morning sickness violated the Food, Drug and Cosmetic Act, GlaxoSmithKline did it, anyway. After a whistleblower lawsuit brought attention to GlaxoSmithKline's illegal promotion of Zofran, the U.S. Department of Justice took up the case. GlaxoSmithKline ended up pleaded guilty to claims of healthcare fraud and paid $3 billion in fines in 2012.2

2. Side effects of Zofran

Zofran has several side effects. The most common and least severe include:

However, Zofran also has several serious side effects:

Several medical studies have found that Zofran can drastically increase the risk of serious birth defects when the drug is taken by a pregnant woman, including:

A cleft palette happens when the tissues that form the roof of a newborn's mouth fail to come together. As a result, there is a hole in the roof of the newborn's mouth, which opens into the baby's nose. The condition can lead to feeding, speech, and hearing problems, as well as frequent ear infections. It often requires surgery to correct.

In one study, medical researchers found that babies born to mothers who took Zofran to treat morning sickness were 237% more likely to have a cleft palette.3

Congenital heart defects are another type of birth injury that has been associated with Zofran. There are a variety of forms of these defects, some of which are often fatal to newborns within weeks, while others are minor enough that they escape detection for years. Examples of congenital heart defects include:

Zofran has been linked to exceptionally higher risks for septal defects. Two studies found that babies born to women who took Zofran were 60% more likely to develop any type of congenital heart defect.4 Septal defects, however, were especially common in newborns whose mothers took Zofran during pregnancy. Newborns were:

Hundreds of lawsuits have been filed against GlaxoSmithKline for birth defects caused by Zofran.

Hundreds of lawsuits have been filed against GlaxoSmithKline for birth defects caused by Zofran. These lawsuits claim that GlaxoSmithKline breached its legal duty to warn doctors and patients about the dangers of the drug, and actively promoted its off-label use for pregnant women who were at the most risk of its side effects.

Drug companies have a legal obligation to warn doctors and patients about the serious side effects of their drugs. Both doctors and patients rely on these disclosures to make informed health decisions and avoid serious health complications. However, drug companies often try to avoid disclosing the dangers of their drugs because it makes them seem unsafe and could threaten sales.

The lawsuits against GlaxoSmithKline claim that the pharmaceutical company knew about the dangers that Zofran posed to pregnant women and unborn babies, but failed to warn anyone about the risks. The lawsuits claim that GlaxoSmithKline marketed Zofran to pregnant women by urging doctors to prescribe it to them, even though there were no scientific studies that showed it was safe.

Because so many people across the U.S. have been hurt by Zofran, and because they were all hurt by a single course of conduct – GlaxoSmithKline's failure to warn about the dangers of the drug – Zofran birth defects are a classic example of a mass tort. Like many mass torts, courts have consolidated the hundreds of cases involving Zofron's birth defects into one federal district court through the process of multidistrict litigation (MDL). Multidistrict litigation streamlines the process by allowing the lawsuits to collectively go through pretrial procedures like the discovery of evidence, preliminary motions, and depositions.

The MDL involving birth defects associated with Zofran is being heard by the District Court of Massachusetts.6 As of April 15, 2019, there were 460 lawsuits consolidated in that MDL.7

Lawsuits seeking to hold GlaxoSmithKline accountable for birth injuries caused by generic versions of Zofran have been getting dismissed from the MDL.8 However, cases filed by victims who suffered from Zofran, itself, have survived the summary judgment stage.9

Bellwether trials are currently being scheduled for a select group of cases in the MDL.

4. Compensation for victims of Zofran

Victims who have suffered from Zofran have been seeking compensatory damages as well as punitive damages in their lawsuits against GlaxoSmithKline.

Compensatory damages aim to compensate victims for all of the losses and setbacks they have endured because of Zofran. These include:

Additionally, Zofran lawsuits have pursued punitive damages, as well. Punitive damages are meant to punish the defendant – in this case, GlaxoSmithKline – for egregious conduct that needlessly put victims in harm's way.

5. What to do if you think you have been hurt by Zofran

If you or your child was born with a congenital heart defect or cleft palette, and you or your mother was taking Zoloft while she was pregnant, you may be entitled to compensation for your medical condition.

Because birth defects involve newborn children, most states “toll,” or delay, their statutes of limitations until the child turns 18 years old. This allows the child to pursue their legal rights to compensation, even if their parents refused to do so.

Call the defective drug attorneys at the Shouse Law Office at 855-LAWFIRM to schedule a consultation and learn your legal rights if you suffered a birth defect from Zofran.