Penal Code 496 PC is the California statute that defines the crime of “receiving stolen property.” A person commits this offense when he buys, receives, conceals, or sells any property that he knows to be stolen.

A defendant can fight a charge under this statute with a legal defense. Common defenses include:

In lieu of jail time, a judge ca award either: 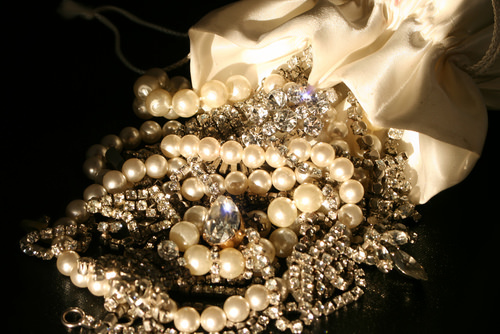 A person commits this offense when he buys, receives, conceals, or sells any property that he knows to be stolen

1. When is the receipt of stolen property a crime?

Penal Code 496 PC is the California statute that makes it a crime for a person knowingly to receive stolen property.1

A prosecutor must prove the following to convict a defendant of this offense:

Property is stolen if it was obtained by:

Property is obtained by extortion, per Penal Code 518 PC, if:

To receive property means to take possession and control of it.5

Note that one person does not have to be the sole possessor of the property. Two or more people can possess the property at the same time.6

Also note that a person can “possess” property without actually:

The concept of “constructive possession” basically says that an accused possesses property if he has:

Example: Susan steals some jewelry from a store. She takes it to her neighbor's house – Michael and Kim. Susan offers Michael $200 to let her bury the goods in his yard to hide it. He agrees but he never touches the jewelry or holds it. Susan buries the gems.

Here, Michael is guilty of receiving stolen property. While he never “possessed” the jewelry, he had the right to control it since it was in his yard. Kim can even be guilty of the same offense if Michael told her about it. Two people can co-possess property at the same time.

1.3. Knowledge that property was stolen

A defendant is only guilty under this statute if, when he “received” property, he knew it to be stolen.8

Note that certain categories of business owners can be convicted under this statute even if:

Example: Paco is 19 and buys hist first car. It is a shiny, relatively new Porsche that he gets from a guy on Craigslist. Paco purchases the car for the “bargain” price of $2,000. The car was stolen two weeks ago.

Here, it is unlikely that Paco is guilty under PC 496. The Porsche was his first car purchase and he was somewhat naïve with the market. He also did not truly know that the car was “hot.”

For example, swap meet vendors and people whose primary business is dealing with or collecting merchandise or personal property can be convicted of receiving stolen property if:

A defendant can challenge a receipt of stolen property case with a legal defense.

Recall that a defendant is only guilty under this code section if he knew that the property involved was in fact stolen. This means it is always a defense for the accused to say that he did not have this knowledge.

An “innocent intent” defense says that a person is innocent under PC 496 if:

Example: Roman owns a car shop. A woman comes to him and tells him she wants to sell him a stolen SUV. Roman is offended and wants to try and bust the woman. He buys the car and then takes it to the police.

Here, Roman is not guilty of receiving stolen property because he had an “innocent intent.”

Note, though, that this defense only applies if the accused:

2.3. No receipt of property

Recall that a defendant must “receive” stolen property to be guilty under this law. Further, this word carries a specific legal definition. An accused, therefore, is not guilty of a crime if he did not in fact receive the property.

Perhaps, for example, he did not:

A violation of Penal Code 496 is charged as a wobbler offense. A wobbler is a crime that a prosecutor can charge as either:

A conviction of receiving stolen property will have negative immigration consequences.

An offense under this law is considered a “crime involving moral turpitude.”

This type of crime can result in a non-citizen being either:

A person convicted of receiving stolen property can get an expungement.

This is true provided that the defendant successfully completes probation. Or, if a jail sentence was imposed, the accused must successfully serve the entire term.

Penal Code 1203.4 PC says an expungement releases an individual many of the hardships arising out of the conviction.14

Remember that a prosecutor may choose to charge receiving stolen property as either:

If an accused is:

There are three crimes related to receiving stolen property. These are:

Penal Code 503 PC is the California statute that defines the offense of embezzlement.

This code section makes it a crime for a person to unlawfully take property that someone has entrusted to him.

The focus with embezzlement is not on receiving goods. This is because the crime requires that “the victim” entrusted property to the defendant.

Per Penal Code 518 PC, extortion occurs when a person does any of the following:

Extortion is a more aggressive crime than receiving stolen property. This is because the offense involves a defendant using force or threats against another.

The law prohibits a person from:

Unlike receiving stolen property, this crime places a burden on a person to find the owner of a lost good.

For information on receiving stolen property charges in Nevada and Colorado, please see our articles on: