DUI School in Nevada is an 8-hour drug and alcohol education course required of all first-time misdemeanor DUI defendants who get convicted. It may be completed as an online DUI class or in-person, and the typical price is around $100.

Defendants with high blood alcohol levels (BAC) may also be ordered to complete the Coroner’s DUI program. This is where defendants have to view pictures of dead drunk driving victims as a deterrent to driving under the influence again.

Defendants who fail to complete the Nevada DUI class by the deadline risk getting sentenced to jail for up to 6 months. But judges may be willing to give defendants more time to finish the class if they tell the court in advance that they need an extension.

In this article our Las Vegas DUI defense attorneys discuss: A standard Nevada penalty for driving under the influence is a court education class.

1. What is DUI School in Nevada?

DUI School is an eight (8) hour education program on traffic safety and warning of the dangers of driving under the influence. Nevada judges order all first-time drunk driving offenders to take the class. Depending on the case, judges typically give defendants three to six months to complete the course (and other court requirements).

Defendants usually take the class as an online DUI course rather than in a classroom. After a defendant pleads guilty (or “no contest”) to driving under the influence in Las Vegas, the court clerk will give the defendant information about where and how he/she can complete the program.1

Note that second-time drunk driving offenders are usually not sentenced to the eight-hour course. Instead, they may be ordered to complete a longer substance abuse and alcohol awareness education course. Meanwhile, defendants suffering from addiction may be eligible to do DUI Court, which is a very intensive rehabilitation program that spans years.2

Certain DUI defendants in Clark County are ordered to complete not only a Nevada DUI course but also a Coroner’s DUI Program. Judges typically impose this extra penalty if the defendant’s BAC is 0.18% or higher.

The Coroner’s Program is done in person at the Coroner’s Office. (During COVID-19, judges may suspend or delay this requirement.) Students are required to view images of corpses of victims in drunk or drugged driving collisions. Students do not witness an actual autopsy.3

2. What if my case gets reduced to reckless driving?

Even when the defendant’s charge gets lessened to reckless driving as part of a plea bargain, judges usually still impose first-time drunk driving penalties including a DUI class.

Nevada online DUI school is a series of lessons followed by review questions and a final exam at the end. This online course is more intensive than traffic school.

The in-class program is a combination of:

The final exam is in multiple-choice format. Students who do not pass can usually do one retake without having to pay extra. Defendants who pass the course get a certificate of completion.4 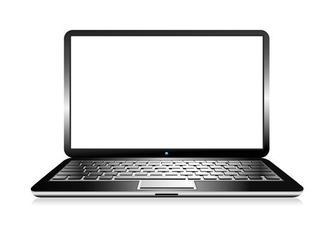 4. Can I take the class online?

Yes. Most defendants elect to do the online course because they can complete it at home at their own convenience.

Defendants without internet access have the option of completing the program in a regular classroom. (Though during COVID-19, this may not be an option.)

Occasionally the judge may order a 16- or 24-hour drug and alcohol course if the defendant’s BAC was particularly high or there are other extenuating circumstances.

In-person classroom programs are completed on one Saturday from 8 a.m. to 4:30 p.m.

Costs for the course vary by school and program:5

These programs can be done online from any location with internet access.

Out-of-state defendants without internet access may be able to do the class at a local classroom-style DUI program. They just have to get the Nevada court’s permission ahead of time. A large percentage of Las Vegas defendants are tourists. So Nevada judges do try to accommodate out-of-state defendants’ needs.

If the defendant is ordered to do a coroner’s DUI program, the defendant may have to return to Las Vegas unless the Nevada court preapproves an equivalent course in the defendant’s home state.

8. What if I never finish the program?

If the defendant has a good reason for not finishing the DUI class by the deadline, the judge may be willing to give him/her more time. This typically happens when:

The judge is more likely to extend the defendant’s deadline if the defendant or his/her attorney informs the court ahead of time why he/she will not be able to complete the class. Judges are more hesitant to grant extra time after the deadline has passed.

8.1. Can I go to jail for not finishing DUI School?

Yes. When a defendant enters a guilty plea for driving under the influence, the judge usually imposes a six (6) month suspended jail sentence. This means that the defendant will avoid incarceration under Nevada DUI laws only so long as he/she completes all the other sentencing terms, including DUI School.

If a defendant neglects to do the DUI class by the due date, the judge may impose this six-month sentence. That is why it is so important for defendants to tell the court ahead of time if they cannot do the class by the deadline. Judges appreciate advanced notice and are more likely to grant an extension if the defendant gives them a good excuse.6

Refer to our comprehensive list of Nevada DUI Schools for the names, websites, locations, costs, and other information about driving safety programs in Clark County and throughout the state, including Henderson, North Las Vegas, Carson City, Elko, and Reno. Three of the more popular online programs are:

Defendants need to make sure ahead of time that their particular court accepts the class they wish to do. Most courts give defendants referrals to schools that they recognize.

10. What are the other drunk driving penalties?

In addition to the class, the typical penalties for a first-time conviction of driving under the influence in the state of Nevada are:

For sentencing information on other drunk/drugged driving offenses including drunk driving causing injury or death, refer to our article on Nevada penalties for driving impaired.7

Call our Las Vegas drunk driving attorneys for a consultation. We are based in Las Vegas, NV, but create attorney-client relationships throughout the state, including Reno, NV and Sparks, NV.