If you have been convicted of a crime, you may be able to file an appeal. A Nevada appeal is different from other types of post-trial motions requesting that the trial court change its verdict or order a new trial. Judges do not often overrule their own decisions, so in many circumstances an appeal may be the better option.

Unless there has been prosecutorial misconduct involving withholding evidence, a Nevada appeals court will not hear new evidence or testimony. The court will only review the records and the transcripts of your trial and then decide if any procedural and/or constitutional errors occurred.

The following are common grounds for appealing a Nevada criminal conviction.

You may have an argument that evidence illegally obtained as a result of a violation of your constitutionally protected Fourth Amendment right against unreasonable government searches was prejudicial to your case.

The trial court may have overlooked, misapplied or failed to consider a Nevada statute, procedural rule, regulation or decision directly controlling a material issue in your criminal case. 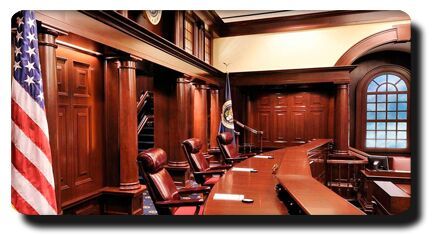 Even if this objection was not raised at trial, a judge’s failure to give proper jury instructions constitutes legal error.

The evidence the prosecution presented at trial may not have been sufficient to prove your guilt beyond a reasonable doubt as required by the Due Process Clauses of the Fifth and Fourteenth Amendments to the U.S. Constitution.The sentence was excessive.

Even if the appeals court denies your appeal on other grounds, you may be able to have your sentence reduced if was disproportionate to the crime for which you were convicted.

Nevada Criminal appeals are a complicated process requiring the assistance of competent legal counsel. Contact us to represent your rights in a criminal appeal.