In Nevada, death benefits are offered to the dependents of a worker who dies because of an occupational or work injury. The death must be mainly caused by work.

An application for death benefits includes:

A death claim must be filed within one year of a worker's death.

The spouse of the deceased worker can receive death benefits for the rest of his or her life.

The children of a deceased worker can receive benefits until the age of 18 or until 22 if the dependent is a full-time student.

Other relatives supported by the deceased can also receive death benefits. These benefits are even available to undocumented workers, but generally not to independent contractors.

In this article, our Las Vegas Nevada work injury attorneys will explain: 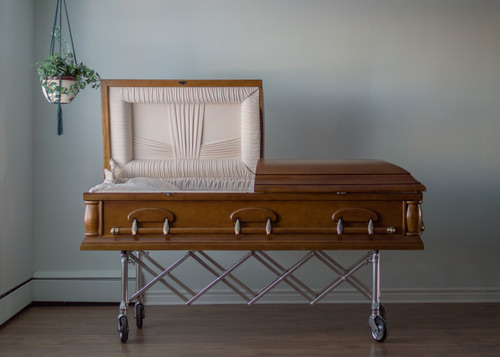 Death benefits are offered to the dependents of an employee who dies due to a work injury.

1. What are death benefits in a Nevada worker's compensation case?

If a catastrophic workplace injury results in an employee's death during the course of his or her employment, the deceased worker's family is entitled to benefits.1 However, the death must substantially result from work.2

Example: Matt attended a swap meet to sell items for his employer. Matt had a heart attack and died due to exhaustion and dehydration.

Matt's death was not substantially due to his employment but instead was due to his long-standing heart condition.

Death benefits exist to replace the income that the deceased worker would have earned to take care of those the worker provided for.

Example: Gabriel is killed at work. He supported his wife and child.

His wife receives death benefits for the rest of her life to replace the income Gabriel would have earned.

Death benefits to dependents are instead of benefits to the injured worker, including temporary disability, permanent disability, mileage reimbursement, and vocational rehabilitation.

2. How does one apply for death benefits?

The death benefit application uses the same form as any other claim for Nevada workers' compensation benefits.

Example: Anna sends an application for death benefits to the insurance company. It includes:

3. What is the timeframe in which to bring a claim?

A Nevada death claim must be filed within one year of the worker's death.3

Death benefits are completely separate from the right of the employee to claim benefits while he or she is alive.4

Frank is diagnosed with asbestos poisoning. He fails to timely file a claim for his injury, so he does not receive workers' compensation benefits.

Frank dies from the disease. His widow files a claim for death benefits.

Example: Joseph is killed in an accident at work. The total cost of the funeral, including transportation, is $7,434. This amount is paid by the insurance company.

The family does not receive the remainder. 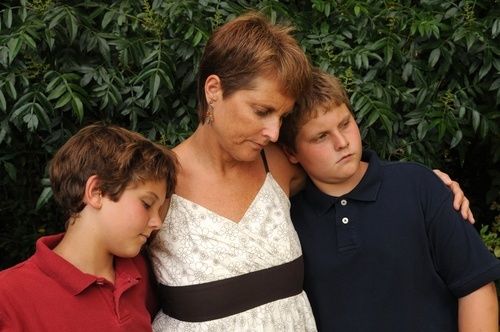 4. How are payments distributed?

The death benefit is two-thirds of the deceased worker's average monthly wage. The current maximum is $3,802.17.6

The deceased employee's spouse and minor children are considered total dependents and split the death benefit.

If the deceased employee has a surviving spouse, the spouse receives the death benefit until his or her death.7 These benefits are for the surviving spouse and dependent children.

The surviving spouse must be married to the employee at the time of his or her death to receive these benefits.8 An ex-wife does not qualify.9

If the deceased worker has children from a prior relationship, the surviving spouse receives 50% of the death benefit, and any children split the remaining 50% until they reach age 18, or age 22 if they are full-time students.

Example: Doug is killed on the job. He has a wife and two minor children from a prior marriage. Doug earned $6,000 per month.

Doug's wife receives one-half of this per month for the rest of her life.

Doug's two children split the remaining half until they reach 18 years of age, or 22 if they are full-time students.

4.2. Benefits for other family members

If there is no surviving spouse or children, other family members may be able to obtain benefits:

Example: Janet is killed on the job. She was the primary caregiver for her two younger sisters. Janet earned $4,500 per month.

Any other individuals who may be totally dependent on the deceased employee must prove his or her dependency.11

Example: David is killed at work. Jenny is the ex-wife of David, and she files a death claim.

Even though Jenny is no longer related to David, he completely supports her.

However, because Jenny is not related to David, she is not entitled to any death benefit.

5. What of the decedent committed suicide?

Death benefits are generally excluded from cases in which an employee's injury is self-inflicted. However, an injured worker's dependents who can show that the suicide was connected to the work injury can claim death benefits.14

This will override the exclusion that a self-inflicted injury does not receive workers' compensation benefits.15

To have a valid claim, the dependent must show that:

Example: Dave suffers a back injury at work. The insurance company accepts the claim.

Due to severe pain from the back injury, Dave commits suicide.

Dave's wife could recover death benefits for the suicide.17

Rights of a Nevada worker's dependents

Whether or not an injured worker has obtained workers' compensation benefits for a work injury him or herself, his or her dependents may still be able to obtain death benefits if the worker later passes away.

A potential dependent of an injured worker who passes away due to work needs to be aware of his or her rights to obtain benefits themselves.