Nevada workers’ compensation benefits for employees injured on the job in Nevada include:

An injured worker gets access to these benefits by filing a claim for workers’ compensation benefits.

In this article, our Nevada personal injury lawyers will explain: 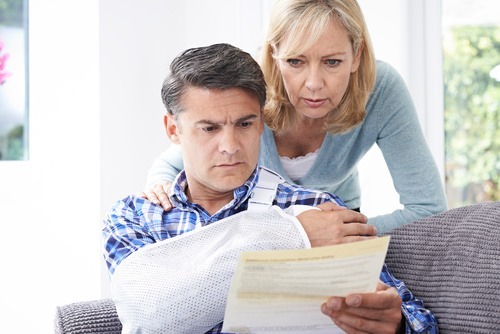 Filing a claim for workers’ compensation benefits entitles an injured worker to a group of benefits. The benefits pay for the cost of helping the injured worker

The benefits an injured worker receives are called accident benefits. It covers

It does not include exercise equipment or a gym membership.3

The injured worker does not have to pay any of the costs of medical treatment.

Example: Melissa injures her back at work. She needs treatment. She files a claim for workers’ compensation benefits.

Melissa can get physical therapy, an MRI, and medication for her back injury. She does not have to pay any of the cost of this treatment.

An injured worker can receive temporary disability to make up for lost wages due to his or her inability to work because of an injury.

Example: Tony is injured at work. He earns $5,200 a month. If Tony misses work, his temporary disability rate is calculated at $3,466.67 per month.

This is two-thirds of his average monthly wage and less than the maximum for 2018.

If an injured worker can only work part of a workday, he or is entitled to temporary partial disability.

To calculate temporary partial disability, the amount the injured worker earned working part-time is subtracted from his or her temporary disability rate.

Temporary partial disability is paid for up to twenty-four months.6

Example: Zach is injured at work and can only work four hours a day instead of eight. Zach’s average monthly wage is $4,400.

Since Zach is working half a day instead of a full day, he is earning $2,200 a month. His temporary disability rate is two-thirds of his average monthly wage, or $2,933.33. 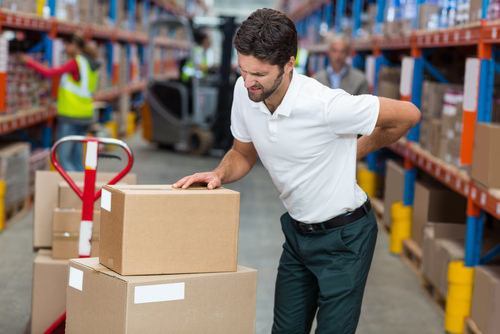 An injured worker can receive temporary disability to make up for lost wages due to his or her inability to work because of an injury.

Temporary total disability is only paid if an injured worker is prevented from earning full wages due to an injury for five consecutive days or five days within a twenty-day period.78

She is paid a total of the six days that she missed from work.

Temporary total disability will end when:

Permanent partial disability means an injured worker has some permanent loss of function but does have some ability to continue working.

Permanent disability in Nevada is based on the American Medical Association’s Guides to the Evaluation of Permanent Impairment, Fifth Edition.10 It is calculated as a percentage of loss of function that is translated into a dollar amount.

An injured worker must have objective findings, such as an MRI, to have a permanent disability.

The payments will continue monthly for:

Example: Devon, age 37, injures her elbow at work and is found to have permanent partial disability of 7%.

Devon is entitled to a payment for the permanent loss of her elbow function until she reaches age 70.

An injured worker is considered permanently totally disabled for certain catastrophic injuries suffered in the Nevada workplace. These injuries include:

Example: Gerald is injured in a construction accident and loses both legs. He is considered permanently totally disabled. 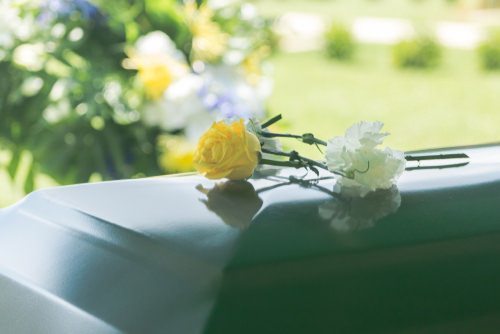 If an injury results in an employee’s death during his or her employment, the deceased worker’s family is entitled to benefits.

If an injury results in an employee’s death during his or her employment, the deceased worker’s family is entitled to benefits.17 However, the death must substantially have resulted from work.18

Example: Jesse is killed on the job. He earned $4,800 a month. He was married and had two young children.

Jesse’s wife will receive two-thirds of Jesse’s average monthly wage, or $3,200, for the rest of her life.

An injured worker can receive vocational rehabilitation benefits if he or she is unable to return to work due to a permanent physical impairment or permanent restriction as a result of the injury.

Vocational rehabilitation includes any goods or services necessary to prepare an individual with a disability to find employment or to determine his or her rehabilitation potential.21

Example: Mila severely injures her knee at work. She cannot return to her regular job because she is restricted from walking and carrying heavy items.

She gets vocational rehabilitation to learn computer skills so that she can find new work.

A Nevada injured worker can obtain reimbursement for travel costs to attend medical appointments or rehabilitation services from insurers who have agreed to provide workers’ compensation accident benefits. Under specific conditions, reimbursement is available for:

A Nevada workers’ compensation reimbursement is requested by using an Application for Reimbursement of Claim Related Travel Expenses.26 It must be done within 60 days of the expense.

Example: David is injured at work and must travel to multiple medical appointments. He keeps track of his mileage and travels 88 miles in one week.

Within 60 days David submits a mileage reimbursement request for $47.96 (88 x .545) to pay for his travel costs for attending the medical appointments.

8. Benefits are meant to cover all effects of an injury

An injured worker should not have to bear any of the costs of a work injury.

The benefits available to injured workers are meant not only to pay for the cost of returning the worker to his or her lost earning capacity, but also to pay the injured worker in order to minimize any permanent effects of an injury.

An injured worker needs to be aware of his or her rights to these benefits so that he or she recovers full benefits as part of the workers’ compensation settlement.

For a free consultation to discuss your case simply fill out the form below or call us.

SIIS in Nevada – What is it?

Is there a Nevada work injury statute?

Nevada law has several work injury statutes, ranging from NRS 616A through NRS 616C. These laws explain how employees injured in a work accident may file a claim for benefits under Nevada’s workers’ compensation system. What are considered work injuries in Nevada? Work injuries occur when employees get hurt while on the job. Many injuries ...

Can a Company Retaliate Against a Worker for Filing a Workers Compensation Claim in Nevada?

Employers with 15 or more employees are not allowed to fire or otherwise retaliate against employees for filing for workers’ compensation benefits under Nevada state law. Employees who lose their job just for pursuing a workers comp claim can sue the employer for wrongful termination in Nevada.1 Is Nevada an at-will employment state? Yes. This ...

Lawsuits for mold exposure at the Grant Sawyer building in Las Vegas, Nevada

The Grant Sawyer building located at 555 E Washington Ave #5100 in Las Vegas has recently undergone repairs in an effort to root out its recurring mold problem. People who have been sickened by the mold may have a Nevada worker’s compensation cause of action against the state of Nevada. Mold at Grant Sawyer building ...