NRS 202.470 is the Nevada law which makes it a crime to cause or maintain a public nuisance. A public nuisance is anything that threatens the community's safety, order, or public decency, such as a cock-fighting ring or an unlicensed gambling parlor. The statute states:

1.  Shall commit or maintain a public nuisance, for which no special punishment is prescribed; or

2.  Shall willfully omit or refuse to perform any legal duty relating to the removal of such nuisance; or

3.  Shall let, or permit to be used, any building or boat, or portion thereof, knowing that it is intended to be, or is being used, for committing or maintaining any such nuisance,

--> shall be guilty of a misdemeanor.

In this article, our Las Vegas criminal defense attorneys explain the Nevada offense of public nuisances under NRS 202.470. 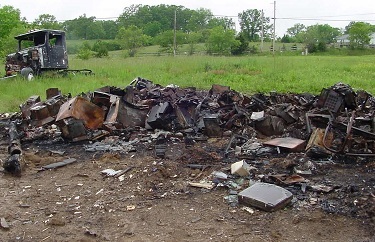 Maintaining a public nuisance is a misdemeanor in Nevada under NRS 202.470.

The legal definition of a "public nuisance" in Las Vegas, Nevada under NRS 202.450 is a "crime against the order and economy of the state." In other words, a public nuisance is any business or activity which compromises the laws, regulations, or peace of the community as a whole.

Specifically, a public nuisance comprises any of the following businesses in Nevada:

Alternatively, it's also considered a public nuisance in Nevada to engage in any of the following activities:

Public Nuisances as a Crime

Note that it's irrelevant whether the alleged public nuisance actually causes any damage. The Clark County District Attorney may press public nuisance charges under NRS 202.450 based solely on the defendant's behavior, not whether someone sustained an injury because of it.

Nevada public nuisance law is extremely broad . . . and therefore extremely vague.  This may work in the defendant's favor because it allows for several different and creative strategies to fight the allegations.  The most common one is insufficient evidence:

Defendants can't be convicted of a crime unless the Las Vegas Court finds them guilty beyond a reasonable doubt.  That's a very tough burden of proof for the D.A. to accomplish because what constitutes a public nuisance is highly subjective.  As long as the defense attorney can show that the D.A.'s evidence is too inadequate to support a guilty verdict, the case should be thrown out.

Penalties for public nuisances in Nevada under NRS 202.470

A defendant who's convicted for a public nuisance violation in Nevada has to wait another year before petitioning the court to seal the record. However, if the defense attorney is successful in getting the charge dismissed, then the defendant may petition to seal the record at once.  Read more about sealing Nevada criminal records.

If you've been accused of a public nuisance violation in Nevada under NRS 202.450, Las Vegas criminal defense attorneys at 702-DEFENSE (702-333-3673) can consult with you free of charge. They may be able to negotiate a dismissal so your record remains clean. Otherwise, they'll litigate the case to trial and fight zealously for a not guilty verdict.

Also see our article on failure to register a drone.