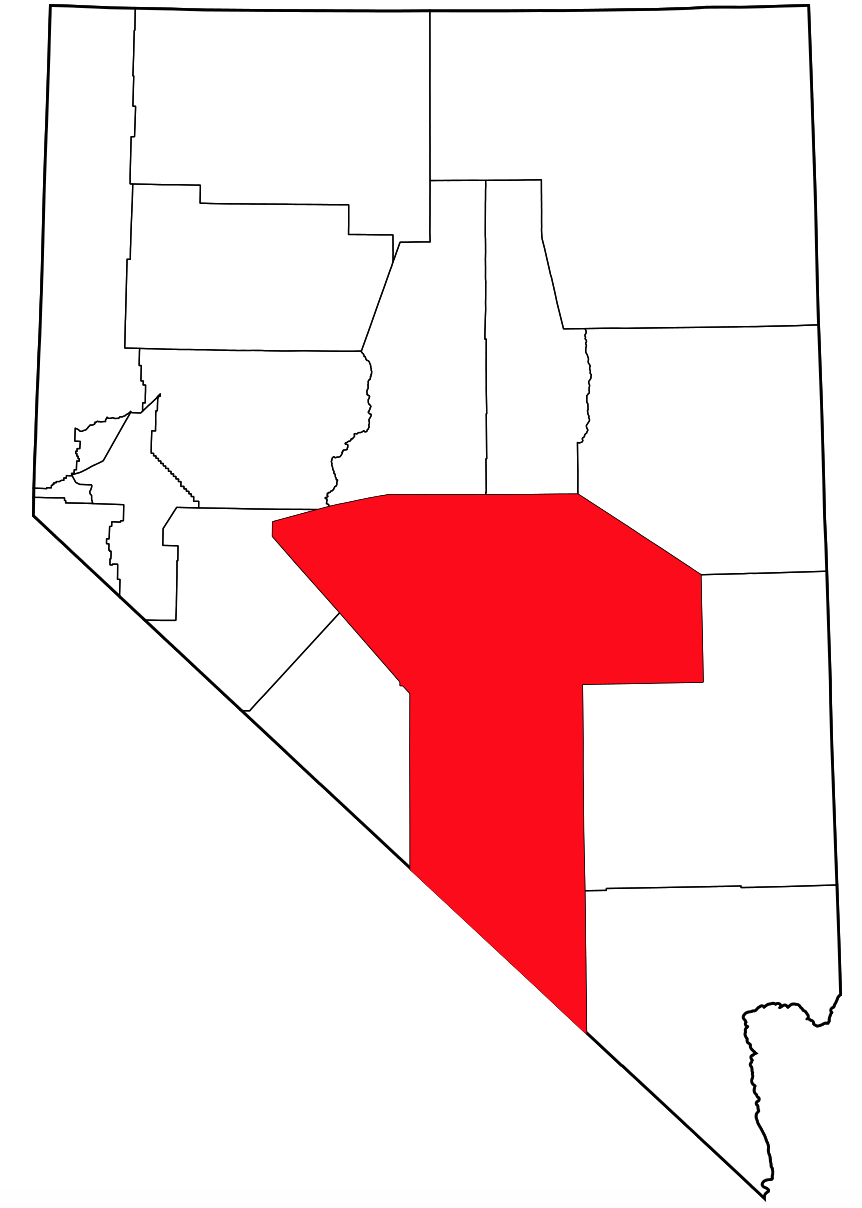 Nye County is the largest county in Nevada area-wise.

Most notorious for its legal brothels, Nye County, Nevada, is also home to Yucca Mountain, the Nevada Test Site, and part of Death Valley National Park. The largest county in the state by area, Nye County maintains hundreds of miles of U.S. Route 95 and therefore sees several traffic-related arrests such as for the Nevada crime of DUI.

Pahrump is the most populated town in Nye County and is located about 60 miles west of Clark County. Therefore Pahrump serves as a "bedroom community" for many people who commute to Las Vegas every day for work. Scroll down for general information by our Nye County Nevada criminal defense attorneys about the justice courts and detention centers for Pahrump and Nye County's two other most populated towns, Tonopah and Beatty.

Pahrump Justice Court is located at:

For more, go to our Pahrump Court Information Page.

Tonopah Justice Court is located at

For more, go to our Tonopah Court Information Page.

Beatty Justice Court (a.k.a. the Billy Sullivan Justice Center) is located at

For more, go to our Beatty Court Information Page.

The Pahrump Jail is located at

For more, go to our article on the Pahrump Jail.

The Tonopah Jail is located at

For more, go to our article on the Tonopah Jail.

The Beatty Jail is located adjacent to the Beatty Justice Court. The address is

For more, go to our article on the Beatty Jail.

Arrested in Nye County? Call us...

Getting arrested is not a criminal sentence. Our Nye County criminal defense attorneys may be able to get your charges reduced or outright dismissed. If you have been accused of a crime in Nye County, phone our Nevada criminal defense lawyers at 702-DEFENSE (702-333-3673) for a free consultation.