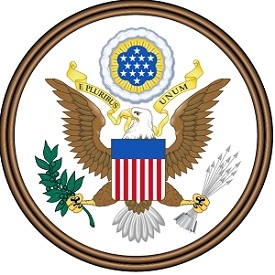 Knowingly making a false claim to a government agency is a crime under federal law. A conviction carries definite prison time and a fine.

On this page, our Las Vegas criminal defense attorneys provide a summary of the federal "criminal false claims act" in Nevada. Scroll down for the definition of this crime, how to defend against charges of it, and possible penalties.

It is a federal offense to knowingly present a false, fictitious or fraudulent claim to any department or agency of the United States. A typical example is trying to get government benefits when the claimant knows that he/she is ineligible. Boulder City criminal defense attorney Neil Shouse gives an example:

Example: Jeff from Reno applies for Medicaid even though he secretly keeps an offshore account with thousands of dollars. If Jeff is caught, U.S. Marshals Service could book Jeff at the Washoe County Detention Center for presenting a false claim to the government.

The most important element to the "criminal false claims act" is that the defendant "knowingly" makes a false claim. This law is not meant to punish accidents or mistakes. Henderson NV criminal defense attorney Michael Becker explains:

Example: Tom lives in Henderson and is approaching 65. When he applies for Medicare, he discloses incorrect personal information due to a clerical error. If caught, he may initially be arrested and taken to the Henderson Detention Center for making a false claim. But as long the prosecution cannot prove that Tom knowingly presented wrong information, he should not be convicted.

Therefore, the purpose of the "false criminal claims act" is to protect the U.S. government from people who try to cheat it out of undeserved benefits. People who are simply neglectful when presenting a false claim should not be convicted under this crime.

Two key defenses exist for fighting allegations of the federal crime of presenting the government with false, fictitious or fraudulent claims: 1) There were no false claims, and 2) The defendant had no intent to defraud.

Another common defense is that the police acted unconstitutionally when investigating the case. In these circumstances, a defense attorney would file a "Nevada motion to suppress evidence" which asks the court to disregard all evidence found from unlawful police activity such as an illegal search. If the court agrees with the motion, the prosecution may be left with insufficient evidence to sustain a conviction. 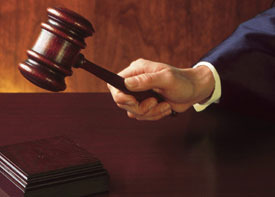 The punishment in Nevada for presenting false, fictitious or fraudulent claims to the government is a sentence of up to five (5) years in Federal Prison and a fine.

If you are facing charges in Nevada federal court for "presenting false, fictitious or fraudulent claims to the government," call our Nevada federal criminal defense attorneys at 702-DEFENSE (702-333-3673) for a free meeting. We will do our best to work out the most favorable resolution available for your matter.