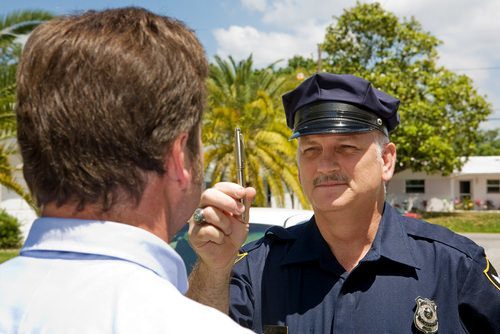 The hand pat test is a non-standardized field sobriety test

The hand pat test is a non-standardized field sobriety test (FST).  Law enforcement officials, including those from the California Highway Patrol (CHP) and the Los Angeles Police Department (LAPD), occasionally administer the hand pat test in order to gauge whether a DUI suspect is under the influence of alcohol and/or drugs.1

During the administration of the test, the DUI suspect is to:

During the administration of the hand pat test, police officers usually consider the following four factors in determining whether or not a suspect is impaired.

The hand pat test has not been approved by the National Highway Transportation Safety Administration (NHTSA).

As a result, law enforcement officials are not obligated to follow any specific procedures nor look for any specific indicators of impairment when conducting the hand pat test.

Clearly, this lack of standardization adds irregularity and inaccuracy within the testing process. Any knowledgeable criminal defense attorney should therefore be able to expose such invited subjectivity as a potential chink in the prosecution's armor.

You may also find it useful and informative to visit our page on Field Sobriety Tests in DUI cases.

There are only three NHTSA standardized field sobriety tests. The hand pat test is not one of them. The three standardized FSTs are:

These three tests are nationally "standardized" because they are part of several government-approved studies that establish a statistically significant correlation between the three tests and DUI impairment.5

Nevertheless, non-standardized FSTs such as the hand pat test are also frequently used by law enforcement to aid their DUI investigations.

Specifically, along with the hand pat test, other non-standardized FSTs used by police officers to determine whether or not a suspect is driving under the influence include:

As noted by our California DUI defense lawyers in subsection four, the hand pat test is not necessarily a reliable and/or accurate test in determining whether or not a suspect is driving under the influence.

The hand pat test instructions are specifically designed to have a subject divide his/her attention between simple mental and physical tasks.6

Below are the instructions usually given by police officers when conducting the hand pat test.

Nevertheless, because there are no standard guidelines for administrating the hand pat test, the instructions provided below may vary significantly from one officer to another.

When told to do so, the suspect should put one hand out in front of him/her with the open palm facing upward.

The suspect should then place the opposite hand on top of the first hand with the open palm facing downward.

The suspect should then rotate his/her top hand 180 degrees and pat the back of the top hand to the palm of the bottom hand, while simultaneously counting out loud, "ONE."

Many of the same necessary exercises used to drive a vehicle are tested with the Hand Pat FST. These tasks include:

Officers may, therefore, gauge various indicators of impairment when a suspect performs the hand pat test. 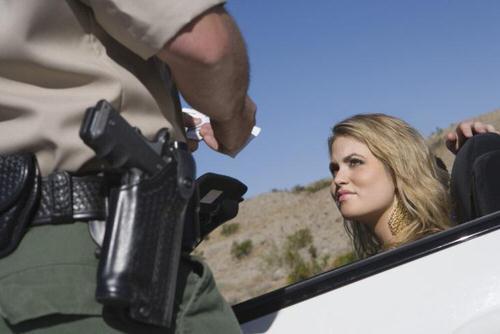 Officers may therefore gauge various indicators of impairment when a suspect performs the hand pat test.

More specifically, California officers often consider the below-mentioned 4 "clues" in determining whether or not a suspect is driving under the influence of alcohol and/or drugs.

CLUE 3: The subject does not count as instructed

CLUE 4: The subject does not pat his/her hands as instructed

As mentioned earlier, the hand pat test has not been approved by NHTSA.

As a result, there are no federal government approved studies to quantify the extent of its effectiveness and/or reliability in determining whether or not a particular suspect is driving under the influence of alcohol and/or drugs.

Furthermore, the procedural administration of the hand pat test varies from one police officer to the next.

Thus, when taking into account not only the intrinsic flaws of the test itself, but as well as its subjective administration by law enforcement, the validity/reliability of the hand pat test is highly dubious.

John Murray, a Ventura County DUI lawyer10 is heralded as one of the premier DUI attorneys in the country. Mr. Murray is highly skilled in revealing missteps on the part of law enforcement during their administration of field sobriety tests.

In terms of the hand pat test, some of the specific weaknesses ripe for attack by Mr. Murray and our other California DUI defense lawyers include:

If you or a loved one is charged with a DUI and you are looking to hire an attorney for representation, we invite you to contact us at Shouse Law Group. We can provide a free consultation in office or by phone. We have local offices in Los Angeles, the San Fernando Valley, Pasadena, Long Beach, Orange County, Ventura, San Bernardino, Rancho Cucamonga, Riverside, San Diego, Sacramento, Oakland, San Francisco, San Jose and throughout California.

2 Id., Although the hand pat test has not been tested under government-approved scientific conditions, experienced California officers have indicated that is it an effective and reliable field sobriety test.