http://www.shouselaw.com/gbi.html 888.327.4652 CA criminal lawyers explain the ‘great bodily injury’ sentencing enhancement in Penal Code 12022.7 PC “Great bodily injury” (sometimes referred to as “GBI”, “serious bodily injury” or “great bodily harm”) is a legal term that basically means what is says…“great” bodily injury. Significant or substantial injuries fall under this category. By contrast, insignificant or even moderate injuries do not. GBI is most frequently charged in connection to assault with a deadly weapon, battery, domestic violence, DUI, elder abuse, rape, child abuse and sex crimes. Great bodily injury refers to physical injuries…not to emotional and/or financial ones. While major traumas such as brain damage and paralysis are obvious types of great bodily injury, it is important to understand that the injury doesn’t have to be permanent or this severe. For the most part, what constitutes GBI is determined on a case-by-case basis. Prosecutors, judges, and/or juries consider factors that include (but are not limited to): *the severity of the injury, *the resulting pain, and/or *any required medical care.

Great bodily injury refers to physical injuries...not to emotional and/or financial ones.  While major traumas such as brain damage and paralysis are obvious types of great bodily injury, it is important to understand that the injury doesn't have to be permanent or this severe.3

For the most part, what constitutes GBI is determined on a case-by-case basis.4 Prosecutors, judges, and/or juries consider factors that include (but are not limited to):

In order to better understand what constitutes great bodily injury, our California criminal defense lawyers will address the following:

If, after reading this article, you have additional questions, we invite you to contact us at Shouse Law Group. 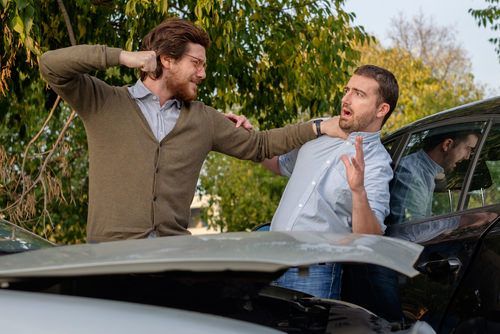 1. What is Great Bodily Injury?

Causing someone great bodily harm isn't a crime in and of itself, but is what's known as a sentencing enhancement.6

This means that if prosecutors convict you of a criminal offense...and during the commission of the crime you caused another person to suffer great bodily harm...California Penal Code 12022.7 PC authorizes the judge to impose a lengthier prison sentence than he/she otherwise would have.  Causing a significant injury to yourself or to an accomplice to a crime does not give rise to this additional penalty.

It is also important to understand that a great bodily injury enhancement will only stand if the sustained injury is more severe than the type of injury that would normally or typically result from the underlying offense.7

Let's look at some examples to better illustrate the point:

A Penal Code 242 PC "battery" takes place when you illegally use force or violence upon another person.8 If, for example, you hit another person so hard that he requires stitches, prosecutors could charge you with battery causing great bodily injury.

Penal Code 368 PC "elder abuse" takes place when you abuse or neglect an elderly person.9 Suppose, for example, that you intentionally withhold an elder's required medication. This deprivation causes him to suffer a stroke. You could face a great bodily injury sentencing enhancement.

Similarly, if you are an employee in a nursing home and are convicted of nursing home elder abuse10 because you intentionally caused an elder patient to fall...and that fall resulted in a broken hip...you face the same increased penalty.

California domestic violence law, codified in statutes such as Penal Code 273.5 spousal abuse or Penal Code 273d child abuse, is frequently charged in connection with great bodily harm allegations.11 Causing your significant other or child to suffer a black eye, a broken bone, or any other injury that requires medical attention will generally trigger this sentencing enhancement.

If you are convicted of Vehicle Code 23153 DUI causing injury12...because of causing a car accident that led another person to suffer a great bodily injury...you could receive the additional GBI penalty.  And while you won't be charged with this enhancement in conjunction with killing another in a DUI manslaughter case13, you could receive this enhancement for any surviving victims who sustained great bodily harm.

This is because "great bodily injury" isn't used as a sentencing enhancement when death is a necessary element of the offense...only when an unforeseen serious injury results from the act.  When you kill someone and are charged with homicide, the penalty already takes that death into consideration.

As a result, Penal Code 187 PC murder14, manslaughter, and Penal Codes 451 and 452 PC arson and reckless burning15 are the only crimes that are exempt from great bodily injury sentencing enhancement, as each already incorporates an enhanced penalty.16 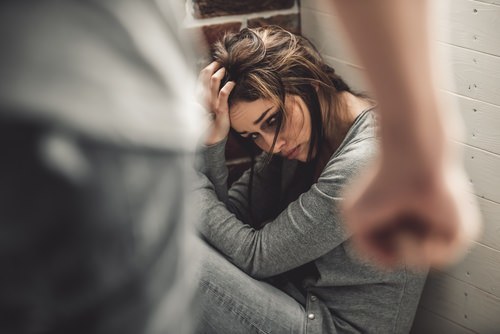 If, for example, prosecutors convict you of Penal Code 261 PC "rape"18 and...during the rape, you spread a sexually transmitted disease to the victim, and/or impregnated the victim...the judge could sentence you using the GBI enhancement.19

Penal Code 245(a)(1) assault with a deadly weapon or "ADW" is a little different from the above crimes.  This is because great bodily injury is built into this offense, which is what separates an ADW from a simple assault.20

However, if you actually inflict great bodily injury during an ADW, prosecutors could charge you with assault with a deadly weapon and the great bodily harm enhanced penalty.

2. What are some examples of GBI?

As previously stated, what constitutes great bodily harm is determined on a case-by-case basis.  This means that even though an injury qualifies as GBI in one case, the same injury caused under different circumstances...or evaluated by a different jury...may not.

That said, here are just a few examples of injuries where the court imposed a great bodily injury enhancement.

It bears repeating that just because the courts found that these injuries warranted a great bodily harm enhancement doesn't mean that they will in every case.32

3. What are some injuries that do not count as GBI?

Once the California Supreme Court eliminated the previously imposed requirement that great bodily injury had to include "prolonged and protracted harm"33, GBI allegations became much easier to prove.

That said, great bodily harm is still only supposed to apply to serious or significant injuries.  Trivial injuries will not invite this enhancement.

The following are a few examples of injuries that did not support a GBI enhancement.  And...just like the reasoning above...these same injuries could still someday justify the enhancement under different circumstances.

In 1976, when California's great bodily injury statute Penal Code 12022.7 PC was originally written, it specified the types of GBI that the California Legislature had in mind:

However, before the law was enacted in 1977, the Legislature removed this language.  It also amended the definition of great bodily injury from a "serious impairment of physical condition" to "a substantial or significant injury", which is how the code currently reads.39

Some of the above conditions made their way into the definition used for serious bodily injury, which is a lesser standard than GBI.  In reality, the two terms are used interchangeably.  However, construing them literally, a "serious bodily injury" means an impairment to a physical condition.  Examples include (but are not limited to):

Serious bodily injury only potentially elevates a simple battery to a possible aggravated battery, subjecting you to a maximum four-year prison sentence.41

Great bodily injury not only counts as a strike on your record under California's Three Strikes Law,42 but also subjects an offender to an additional three to six years in the California State Prison.43

This three to six year enhancement for GBI is in addition and consecutive to the sentence you receive for the underlying offense.  Whether you receive an additional three, four, five, or six years depends on

The problem is that overzealous prosecutors often allege great bodily injury when there is truly only a moderate injury...or sometimes even just a red-mark or bruise.

As Los Angeles criminal defense attorney John Murray explains45, "Great bodily injury is no joke.  If found guilty of this sentencing enhancement, you face a substantial prison sentence.  It's my job to hold prosecutors accountable and to make sure that these allegations aren't alleged when the facts don't warrant it."

If you or loved one is charged with Penal Code 12022.7 causing great bodily injury and you are looking to hire an attorney for representation, we invite you to contact us at Shouse Law Group. We can provide a free consultation in office or by phone. We have local offices in Los Angeles, the San Fernando Valley, Pasadena, Long Beach, Orange County, Ventura, San Bernardino, Rancho Cucamonga, Riverside, San Diego, Sacramento, Oakland, San Francisco, San Jose and throughout California.