In this video criminal defense attorney Neil Shouse explains California’s laws against manufacturing narcotics. Health & Safety Code 11379.6 HS makes it a felony to manufacture, produce, compound or process illegal drugs, narcotics or controlled substances in California. The most common example is operating a methamphetamine lab. Penalties can include up to 7 years state prison, sometimes longer if a large quantity of drugs are being manufactured or somebody gets injured. Nevertheless, as the criminal defense lawyers explain in this video, it’s often possible to fight the charges successfully. For example, you may have been present at a meth lab but not a part of it. Or the police may have engages in an illegal search and seizure. Given the steep punishments for a Health & Safety Code 11379.6 HS conviction, it’s advisable to seek legal counsel. More info at: http://www.shouselaw.com/drug-manufacturing-laws.html or call (888) 327-4652 for a free consultation. If you or a loved one has been charged with a crime we invite you to contact us at Shouse Law Group. We can provide a free consultation in office or by phone. We have local offices in Los Angeles, the San Fernando Valley, Pasadena, Long Beach, Orange County, Ventura, San Bernardino, Rancho Cucamonga, Riverside, San Diego, Sacramento, Oakland, San Francisco, San Jose and throughout California.


Health and Safety Code 11379.6 HS is the California statute that makes it a crime for a person to manufacture a controlled substance. This section applies to narcotics such as ecstasy, heroin, cocaine, and opiates. A violation is a felony that can carry up to 7 years in jail or prison.

11379.6 HS provides that “every person who manufactures, compounds, converts, produces, derives, processes, or prepares, either directly or indirectly by chemical extraction or independently by means of chemical synthesis, any controlled substance… [is guilty of a crime] …”.

A defendant can raise a legal defense to fight a charge under this statute. Some defenses include the accused showing that:

A violation of this law is a felony. This is opposed to a California misdemeanor or an infraction.

A judge can award felony (or formal) probation in lieu of jail time. 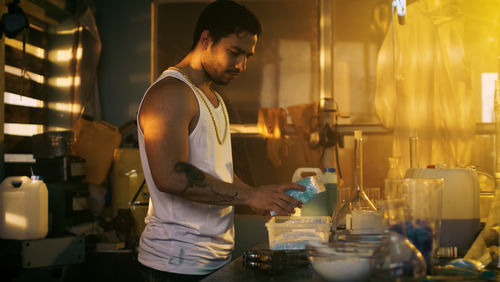 11379.6 HS is the statute that makes it a crime for a person to manufacture a controlled substance.

1. What is the crime of manufacturing a controlled substance?

A “controlled substance” is one that is regulated under the United States “Controlled Substances Act.” Some examples include:

As to knowledge, a prosecutor must prove that an accused knew that the drug he was making was in fact a controlled substance.

Further, a defendant does not have to complete the process of making a drug for guilt. An accused is guilty if the D.A. can prove that the defendant:

Example: Juan and some friends are making white heroin in his garage. They are about half-way finished with the process when Juan has to run out of town. While gone, the police raid the garage and arrest the friends, who eventually rat out Juan. In defense, Juan says that he is innocent since he was not involved in the final manufacturing of the drug.

In this scenario, Juan does not have a valid defense. A defendant is guilty by just knowingly joining in the early stages of manufacturing. Juan is likely guilty since he was involved in about half of the operation.

Also assume that one of the friends thought the group was making cocaine instead of white heroin and he tries to use this to avoid guilt. The defense will not work since a person is guilty even if he/she does not know the specific drug that he/she is making. The accused just needs to know that it is some controlled substance.

A good legal defense is essential when charged with this crime.

2. How can a defense attorney fight these charges?

A defendant must actually begin in the manufacturing process to be guilty of this crime. While he/she does not have to complete the process, some act of beginning the process is required.

The mere preparation for making a drug is not a wrongful act. This means it is a defense for an accused to say that he/she only prepared in making a substance.

Suspects are often arrested for this crime after police gather evidence without a warrant.

But authorities can only search for, and/or seize, property via a legal warrant. If no warrant, then they must have a valid excuse for not having one.

If authorities obtain evidence without these, then that evidence can get excluded from a case. This means that any charges in the case could get reduced or even dismissed.

In many HS 11379.6 cases, suspects get arrested in undercover “stings.” Any later charges, though, must get dropped if an officer lured a person into committing a crime.

This “luring” is known as entrapment. It applies to overbearing official conduct on the part of police officers. Entrapment includes authorities using:

Entrapment is a valid defense provided that defendants can show that:

A violation of this law is a felony.

Note that persons that produce larger volumes of a substance will receive larger prison sentences.5

4. Will this lead to deportation?

The manufacturing of a controlled substance will have negative immigration consequences.

A crime under this statute is a crime involving moral turpitude.6

“Crimes involving moral turpitude” can result in a non-citizen being either:

Also, certain types of relief are unavailable following an aggravated felony conviction, including:

For a more detailed discussion, please see our article on the immigration consequences for drug convictions. 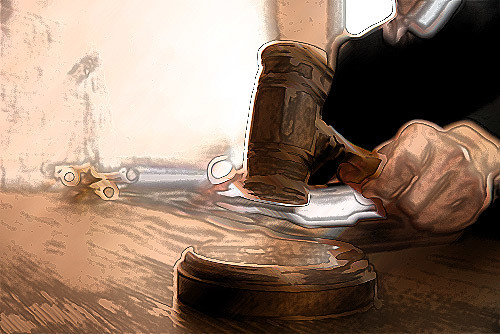 Unfortunately, a person convicted under this statute cannot get an expungement.

A person convicted under this statute cannot get an expungement.

Note that an expungement is favorable since it erases many of the hardships of a conviction.

But expungements are not available for crimes that result in a prison sentence.

A defendant will lose his gun rights if he gets convicted under this statute.

A convicted felon is prohibited from buying or owning a gun under California law.

Since making a drug is a felony, a conviction of this crime will result in a loss of gun rights.

There are five crimes related to manufacturing a controlled substance. These are:

Health and Safety Code 11351 is the California statute that makes it a crime for a person to:

Note that “controlled substances” includes the same substances as under HS 11379.6.

7.5. Possessing materials for the manufacturing of controlled substances – HS 11383

Health and Safety Code 11383 HS makes it is a crime for a person to:

This statute punishes the actual possession of a drug more than the manufacturing of it.