CRS 18-4-103 is the Colorado statute that defines the crime of second-degree arson. Arson in the second degree involves damaging someone else's property using fire or an explosion. However, that property is not a building or occupied structure. Convictions for second-degree arson are usually Class 4 felonies. If the property damage was less than $100, though, it is a Class 2 misdemeanor.

In addition to second-degree arson, there are 3 other types of arson in Colorado. They are:

There are several legal defenses to a charge of second-degree arson:

The penalties of a conviction for second-degree arson depend on the value of the property.

If there was more than $100 in damages, the penalties are:

If there was less than $99 in damage, the penalties are:

In addition to the fines and jail time, you could also have to pay restitution to the victim. 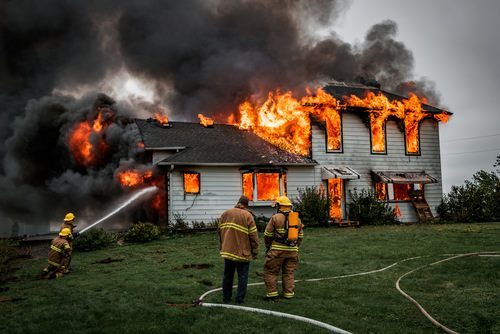 Second-degree arson in Colorado is defined by CRS 18-4-103. This statute makes it a crime to knowingly damage someone else's property with a fire or explosion without their consent. It does not cover buildings or occupied structures that get damaged.

The factors that make an arson accusation second-degree arson are:

1.1. What is a “building or occupied structure” in Colorado's arson law?

Colorado's second-degree arson law only covers property that is not a building or occupied structure.

A building is a structure that was designed to house animals, people, or property.1 A building does not actually have to be occupied at the time for there to be arson. Examples of a “building” under CRS 18-4-103 include a:

An occupied structure under CRS 18-4-103 is an enclosure or area that can be used by people or animals. To be an “occupied structure” under Colorado's arson laws, the area does have to be occupied at the time of the offense.4

Occupied structures can include:

Setting fire to any of these objects leads to charges of arson in the first degree. Second-degree arson charges under CRS 18-4-103 are for damaging any other type of property.

CRS 18-4-103 outlaws committing arson on someone else's property. An owner is anyone with a possessory or a proprietary interest in the property.6

Second-degree arson requires there to be property damage.

Completely destroying the property is not necessary for a second-degree arson accusation.7 However, there has to be more than just scorch marks or discoloration.8 Colorado courts have decided that the property has to change in the fire or ignite in flames.9

2. Legal defenses to a charge of second-degree arson in Colorado

There are numerous legal defenses you can use to defend against a charge of arson in the second degree. The most common are:

2.1. You did not knowingly start the fire

You can only be liable for second-degree arson if you knowingly cause a fire or explosion. It is up to the prosecutor to prove this element of the crime. They have to prove it beyond a reasonable doubt.

Challenging the value of the property damage can reduce the severity of the penalties.

3. What are the penalties of a conviction for arson in the second degree?

Second-degree arson under CRS 18-4-103 is a Class 4 felony when there was $100 or more in damage. A conviction for this type of arson comes with:

However, second-degree arson is a Class 2 misdemeanor when there was $99 or less in damage. A conviction for this type of offense carries:

Judges can also force defendants to pay restitution to the victim.

You can use legal help if you have been accused of second-degree arson. Contact our Colorado criminal defense lawyers for the representation you need.