Restitution in Colorado: 5 things to know

Restitution in Colorado criminal cases is money that defendants may be sentenced to pay to the victim for damages caused by the crime. If defendants fail to pay the victim restitution, they may face collections, late fees, garnished wages, or even lose their driver’s licenses.

In this article, our Colorado criminal defense lawyers will 8 key things to know about victim restitution in Colorado: 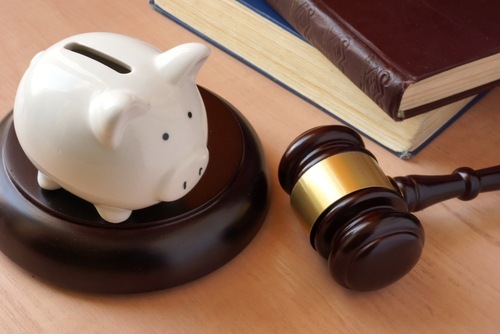 In Colorado, victim restitution is money owed to the alleged crime victim.

1. What is victim restitution in Colorado criminal cases?

These financial payments are ordered by the court and the defendant will be penalized if he or she doesn’t pay it.

Under Colorado Revised Statutes 18-13-603, every conviction shall include consideration of restitution.1

Restitution includes any financial loss suffered by a victim.2 Restitution can be required for any number of reasons. This includes payment for physical damages, medical costs, or economic losses, including:

Example: Charlie gets convicted of hit and run, which resulted in the other driver getting injured. Therefore, the judge during Charlie’s sentencing hearing requires Charlie to pay for the other driver’s medical bill and vehicle damage as part of an order of restitution.

However, victim restitution is not unlimited. Restitution does not include damages for:

Example: Frank is sentenced to the maximum penalty for a 3rd DUI of 1 year in jail and a $1,500 fine. To make an example of Frank, the judge also ordered Frank to pay for the vehicle damage and an additional $10,000 as punitive damages.

While the sentencing court can require Frank to repay the owner of the vehicle for the damage, restitution cannot include punitive damages. In this case, the payments would be limited to the value of the car repairs.

Victim restitution is separate from other fines and fees the defendant has to pay as part of the criminal conviction. Depending on the crime, the defendant may have to pay fines to the state, as well as fees to the courts or other compensation funds.

However, victim restitution is a payment that is made to compensate the alleged victim directly.

2. When do you have to pay victim restitution?

Some statutes specifically provide for victim restitution, although it can be considered as part of criminal sentencing for any crime. The judge can order payments made to the victim or victims of the crime for losses suffered as a result of the crime.

However, victim restitution is often part of a plea agreement in criminal cases. In a plea deal, the defendant accepts a certain sentence in exchange for pleading guilty.

The plea deal can include an agreement to pay for the damages caused by the crime, including payments to the victim. As part of sentencing or a plea agreement, the victim restitution order may contain the following:

Example: Deandra steals an elderly woman’s necklace and sells it for $20 to a pawnbroker. It turns out the jewelry was really worth $6,000.

As part of her sentencing for grand larceny, the judge requires Deandra to repay the victim $6,000. It does not matter that Deandra thought it was a cheap piece of jewelry.

3. How is victim compensation calculated in Colorado?

Victim restitution in criminal cases may include

Most of these awards are used to compensate the injured party for injuries they’ve suffered. This generally includes medical treatment and counseling. It can also include continuing physical or mental health treatment for the future.

Victim restitution is calculated based on the financial and physical impact of the crime. The prosecutor may use a “victim impact statement” and other information to identify the victims and the damages suffered by the individual.

The prosecutor generally provides this information to the court within 91 days of the order of conviction; however, the court can extend this amount of time.5

According to the Colorado Judicial Department,

“the Victim Impact Statement gives victims the opportunity to share with the court how this offense has impacted them and what they would like to see happen regarding sentencing.”6

The victim impact statement allows the victim to detail the physical and financial effects of the crime, including:

in order to get compensation.

During a hearing, the victims may have to show the judge that the losses reported are justified and that reasonable steps were taken to minimize replacement compensation of the losses. The injured individual is also to report if the insurance company paid any of the bills.

Generally, the court will not allow for damages owed for the portions covered by insurance or indemnity agreements. However, compensation may include any deductible paid by the insured.7

The court will consider victim restitution even if no one submits an impact statement or does not request compensation. The pre-sentence investigation report (PSIR) should include a section on the victims and estimated restitution. 4. How is restitution paid to the victim in Colorado criminal cases?

Most payments for losses as the result of a crime are collected by the courts. The courts collect this money for

The Colorado Department of Corrections (DOC) collects victim restitution from all offenders under its supervision or sentenced to time in jail or another correctional facility. This includes defendants who are

Each inmate has a restitution account, and restitution payments are made to the court clerk quarterly. The department collects payments by garnishment of the defendant’s wages or bank deposits.9

Payments are made to the sufferer after the money has been collected. Payments are normally made within 15 days of the date the payment is received by the court.

Payment times could take longer if payments have to go through

In some cases, victims may not receive their money if the court cannot locate them. For example, if a victim moves or changes their mailing address without providing a forwarding address, the payment may go unclaimed.

When payments are uncashed for 2 years, the funds are turned over to the judicial district funds.

5. Is there interest on department of corrections restitution in Colorado?

Any of these damage payments are subject to interest at the rate of 8% per year. Interest is assessed from the date of the restitution order.

Any money judgment remains in effect until the restitution is paid in full.10 The defendant may also owe reasonable and necessary legal fees associated with collecting the money owed because of nonpayment.11

For example, if a defendant owes the victim $1,000 for medical bills associated with the crime, and the defendant is unable to make payments, interest will accrue at 8% per year. After 5 years, the defendant will owe the victim approximately $1,469.

If the payments go to collections, the defendant may also owe legal collections fees.

6. Can you go to jail for not paying restitution?

The penalties for not paying the money owed may depend on the specific facts of the criminal case in Colorado. Reimbursement for damages is often made as a condition of probation.

If the defendant does not make court-ordered payments, the defendant may be in violation of their probation department conditions. This revocation of probation could result in

7. Is there a statute of limitations for victim restitution in Colorado?

There is no statute of limitations on the victim restitution order amount in Colorado criminal cases. Any repayment judgment remains in effect until the damages are paid in full.13

Example: After a burglary, Dennis is sentenced to pay the medical bills and costs of the victim’s injuries. However, he is insolvent.

Twenty years later, Dennis finally gets a job. Even though it has been more than 20 years after the burglary, Dennis still owes the victim the medical bills and costs.

8. What happens if you can’t pay victim restitution?

Many defendants do not make restitution payments because they think they do not have enough money. However, compensation is not based on the defendant’s income. Even if the defendant has no income and no savings, they are still liable for the damages caused to the victim.

If the defendant does not make payments, the court will have a collections investigator establish a payment plan. The investigator will

If the defendant fails to make payments, he or she may be assessed a failure to pay fees and late charges. Failing to make these payments will also carry interest at a rate of 8% every year.

Failure to make payments may also result in a suspension of the defendant’s driver’s license in traffic-related cases.

The court can also take the defendant to collections for missed payments. In order to collect the money owed, actions may include:

Bankruptcy proceedings do not discharge victim compensation judgments. If the defendant declares bankruptcy, they are still obligated to pay the court-ordered money.

The victim also has a civil cause of action against the defendant for any losses associated with the crime. Regardless of the outcome of the criminal case, an alleged victim of a crime can file a civil lawsuit against the accused for any damages suffered.14

Example: Following a bar fight, Robert was ordered to pay $50,000 restitution for the victim’s medical bills. After Robert finally makes the last payments, the victim sues him for loss of enjoyment of life and pain and suffering.

Even though Robert compensated the victim according to his criminal sentence, he may still face civil penalties, which provide for additional damages.

We practice throughout the state of Colorado, including Denver, Colorado Springs, Greeley, Greenwood Village, and more. And we defend against all types of charges, from DUI and domestic violence to theft and drug offenses. Contact us over the phone or through this webpage’s contact form for a free case evaluation.