Under Colorado CRS 18-5-104, you commit second-degree forgery if (with the intent to defraud) you falsify documents other than money, such as

A common defense to forgery charges is that the defendant had no intent to defraud.

In this article, our Denver Colorado criminal defense lawyers will discuss:

2nd-degree forgery is a misdemeanor, whereas 1st-degree is a felony.

1. What is second-degree forgery in Colorado?

(Falsifying any of the above documents is first-degree forgery (CRS 18-5-102), except that forging an academic record is prosecuted under CRS 18-4-104.5.)

Note that forgery is a crime even if the person receiving the fake document knows it is fake. All that is necessary is that the defendant have intent to defraud.4

Also note that the crime of forgery comprises creating fake documents from scratch as well as falsifying existing documents. Had the nurse in the above example created her own RX slip instead of using a real one, it would still count as forgery.5

Second-degree forgery is a class 2 misdemeanor in Colorado. The punishment includes:

Meanwhile, possessing a second-degree forged instrument is a petty offense punishable by up to 10 days in jail and/or up to $300 in fines.7 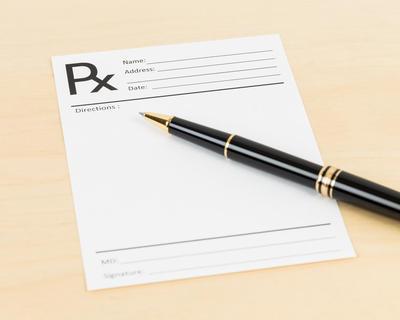 Forging a doctor’s prescription is a type of 2nd-degree forgery under CRS 18-5-104.

Having no intent to defraud is the typical defense to forgery charges:

In most forgery cases, prosecutors have the burden to prove defendants have an intent to defraud. But in cases involving giving forged documents to police or other peace officers, the court can presume the defendant meant to be deceptive. Then the burden falls on the defendant to prove otherwise.8

Three other possible defenses to CRS 18-5-104 charges are:

Depending on the case, defense attorneys may call upon forensic experts to testify as to the allegedly forged documents’ authenticity.

4. Can immigrants be deported?

Forgery is a deportable criminal offense.9 Therefore, non-citizens charged with violating Colorado criminal code 18-5-104 should hire an experienced lawyer. It may be possible to get the charges dismissed or changed to a non-removable offense.

5. Can the criminal record get sealed?

Yes, forgery offenses may be sealed under Colorado criminal law. But there is a wait to seal convictions:

Learn about how to get a Colorado record seal.

6. What is the statute of limitations?

Colorado prosecutors have an 18-month statute of limitations to bring second-degree forgery charges. After 18 months have elapsed from the discovery of the alleged forgery crime, the D.A. may not bring charges.11

For further information, refer to our article, What is the statute of limitations of forgery in Colorado?

For legal help in the state of Colorado, contact us.