While money laundering may seem like the stuff of a fictional crime drama, this crime is very serious. The consequences of a conviction can land a person in jail, or saddled with incredibly large fines. When facing charges of money laundering, it may be helpful to gain a better understanding of what the elements of this crime are. 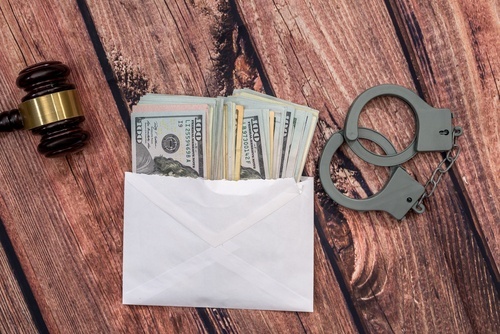 Money laundering is considered a class 3 felony in Colorado.

A person commits the criminal act of money laundering when:

Financial transactions can include a number of different actions such as purchases, sales, loans, pledges, gifts, transfers, deliveries, or any other form of payment using any form of monetary instrument. A monetary instrument can be considered any form of currency, bank notes, precious metals, checks, gift cards, and even security instruments such as titles or deeds.

1.2 Examples of Money Laundering in Colorado

Some common examples of actions that can cause a person to be charged with money laundering include:

Money laundering is not only a crime in Colorado but also a crime at the federal level as well. Federal law defines money laundering as conducting a financial transaction, or transporting monetary instruments under the following circumstances:

2. Penalties for Money Laundering in Colorado

Money laundering is considered a class 3 felony. If a person is found guilty of money laundering, they can face up to 4 to 12 years of imprisonment, and fines between $3,000 and $750,000.

If a person is charged with federal money laundering, they may face fines up to $500,000 or twice the value of the property involved in the transaction. The government will default to whatever the greater amount is. This crime is also punishable by federal imprisonment for a term of up to 20 years.

A person can be charged with the crime of money laundering under many a number of circumstances, however, the law allows for certain defenses. If a person’s transactions are being monitored, police may be searching for the signs of money laundering, whether or not a person is associated with criminal activity or not.

The statute contains language stating that in order to be found guilty of this crime, a person must perform these acts knowingly. Much of the time, a person may not be aware that their actions constitute money laundering, or they may be “out of the loop,” acting as a mere pawn in a greater scheme. In these cases, a person may have a valid defense against the charges.

Some other defenses to money laundering charges can include:

Money laundering can carry serious consequences, including potential jail time and a criminal record. On top of this, money laundering is often associated with criminal gang activity, which can elevate the sentencing a person faces.

Money laundering may also fall under the broader term of “racketeering” and can be related to criminal gang activity.

Criminal charges should always be taken seriously and the punishments for money laundering are quite harsh. It is of utmost importance to consult with a Colorado criminal defense attorney when facing any criminal charge. Please do not hesitate to contact our office today at (303) 222-0330.

What is the definition of a deadly weapon in Colorado?