The “Veterinarian’s Rule” is a type of “assumption of the risk” in dog bite cases. The rule states that someone who works with dogs voluntary assumes the risk of a dog bite unless:

To help you better understand how the “Veterinarian’s Rule” works as a defense to a dog bite lawsuit, our dog bite lawyers discuss, below: 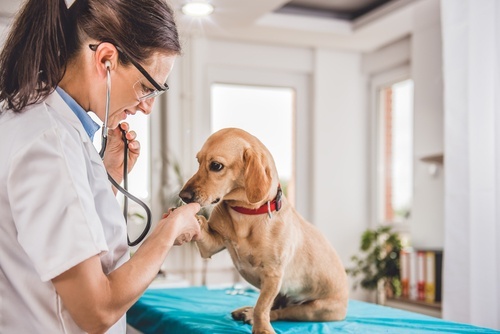 Civil Code 3342 is California’s dog bite statute. CC 3342 imposes “strict liability” for dog bites in California – even if the dog has no history of biting or aggressive behavior.

Unlike some other states (such as Nevada), California does not have a “one-bite” rule.

This means that dog owners are liable for injuries to third parties any time their dog bites someone unless there is an exception such as the Veterinarian’s Rule.

2. What is “assumption of the risk” in California?

California’s “assumption of the risk” doctrine applies to people who voluntarily engage in a risky activity. Such people cannot prevail in a lawsuit for injuries resulting from such activity unless:

3. What is the “Veterinarian’s Rule” in California?

The “Veterinarian’s Rule” is one type of “assumption of the risk” in California. Under this rule, working with canines is deemed inherently risky. Therefore, people who voluntarily work with dogs assume the risk of a dog bite.

The Veterinarian’s Rule shifts liability for a bite from the dog’s owner to the person who chooses to work with dogs. The rule is an offshoot of the so-called “fireman’s rule,” which states that firefighters assume the risk of injuries from a fire.”2

Rules such as the Veterinarians Rule and the Fireman’s Rule are sometimes collectively referred to as “occupational assumption of the risk.”

The rule would most likely apply in a situation where a professional dog walker is bitten and files a lawsuit against the animal’s owner.

The Veterinarian’s Rule applies to anyone who works with dogs. Such people include (but are not limited to):

But the rule only applies when a dog has no known history of biting or other behavior that could be dangerous. 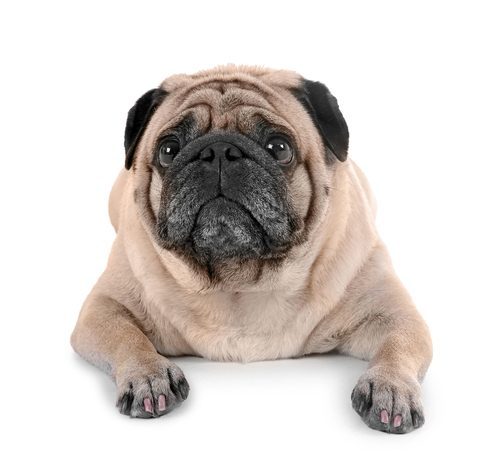 “Laid-back” breeds such as Pugs are not usually dangerous

The Veterinarian’s Rule does not apply when:

Veterinarians and others who work with canines only assume the risk of dog bites if:

Bill has a sweet-tempered Pug named Coco that he adopted from a dog rescue group. Pugs are normally a “laid back” dog breed.

Bill takes Coco to a groomer to have her nails trimmed. If Coco bites the groomer, the groomer will not be able to sue Bill for her dog bite injuries. By voluntarily working with canines, the groomer assumes the risk of a dog bite in California.

Let’s say that Coco’s prior owner used Coco in criminal dogfighting in California. Although Bill has never seen Coco act dangerously, he was told when he adopted her that she might bite when threatened.

But if Bill does not tell the groomer, the Veterinarian’s Rule will not protect Bill in a lawsuit. The groomer has not assumed the risk of working with a dangerous dog.5

4. How can I get around the Veterinarian’s Rule in a dog bite case?

In order to sue for a dog bite, people to whom the Veterinarian’s Rule applies to will need to prove that:

Proving that the owner knew the dog was dangerous

This is the most difficult part of a case for people who work with dogs. Evidence of the owner’s knowledge can include (but is not limited to):

Things the owner said after the incident

Example: “He’s never drawn blood before when he bites.”

Statements the owner made to third parties

Example: “I thought vet techs were supposed to be able to deal with bitey dogs.

Prior complaints to law enforcement or the county health officer

Many counties and other local jurisdictions require people to report dog bites to a health officer in order to ensure the animal does not have rabies.6 Although these ordinances are often not followed, it is still worth checking for complaints with local law enforcement and health officials.

Dog owners are automatically deemed liable under California’s “negligence per se” law if they were violating a local or state or health and safety law or ordinance. Most of these laws are likely to be local ordinances relating to animal control.

Bitten by a dog in California? Call us for help…

If you or someone you know suffered injuries from a dog bite in California, we invite you to contact us for a free consultation.

Our attorneys are well versed in California dog bite law. We may be able to help you recover a settlement for medical bills, lost wages and other damages.

Call us at 855-LAWFIRM to speak confidentially to a lawyer about your case. We have offices throughout California to serve your needs.

Additionally, our Nevada dog bite lawyers have offices in Las Vegas or Reno if you were bitten by a dog in Nevada.

What Blood Alcohol Level in a Minor Can Result in a Ventura County, California DUI?