What is "negligence per se" in California personal injury law?

In California, negligence per se is a legal principle in which you are presumed to have acted negligently if you violate a statute and, in so doing, injure someone that the statute was designed to protect.

The theory arises in the context of personal injury lawsuits. While all states follow the general premise of the doctrine, states differ slightly in their application.

Note that negligence per se is a rebuttable presumption. This means that once a plaintiff establishes it, a defendant can counter or challenge it. A defendant can do this in several ways. For example, the defendant can show that his/her violation of the law was reasonable under the circumstances.

In addition, a defendant can raise a defense to contest a per se negligence allegation. Some defenses strategies include showing that the:

Res ipsa loquitor is another theory used in personal injury cases to prove negligence. Unlike per se negligence, though, the doctrine seeks to establish negligence by using circumstantial evidence.

California applies the negligence per se theory. Evidence Code 669 is the California statute that outlines the doctrine.

In this article, our California personal injury attorneys will answer the following questions: 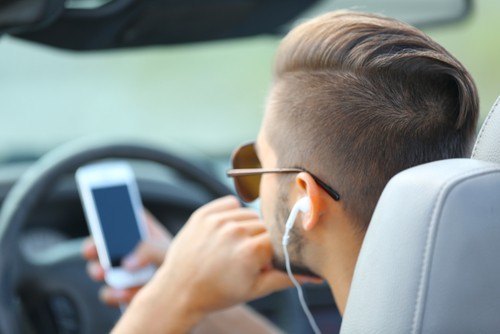 Texting and driving can be an example of negligence as a matter of law.

1. What is the legal definition of negligence per se?

Negligence per se is a theory in personal injury cases that a person is presumed to have acted negligently if he/she injures someone in the course of violating a statute.

A plaintiff has to prove the following to recover damages in a personal injury claim:

Negligence per se (also called negligence “as a matter of law”) is a theory that makes it easier for a victim to prove a negligence cause of action and recover damages. Under the doctrine, a defendant’s acts are presumed to be unreasonable as soon as they violate a statute. These cases are very common in the context of car accidents.

Example: Hector hits another car. The driver of the other vehicle, Stacy, suffers a broken leg. After police arrive at the scene of the accident, they investigate and later cite Hector for reckless driving for greatly exceeding the speed limit. The state has a specific statute that prohibits such driving precisely because it causes automobile accidents. He pleads guilty to the charge.

Stacy later files a personal injury lawsuit against Hector for compensation for her injuries.

To win at trial, Stacy must establish that Hector was negligent in driving his motor vehicle. She can do this under a per se negligence theory. Since Hector violated his statutory duty not to commit reckless driving, he is presumed to have acted negligently in his particular case. That in itself is sufficient evidence of negligence. Stacy does not have to make a separate showing that the defendant’s conduct was unreasonable.

In most states, a defendant is presumed negligent as a matter of law when:

Example: All four prongs of this test are met in the example above. Note that:

2. How is the presumption of negligence rebutted?

Negligence per se is a rebuttable presumption. This means that a defendant can try to counter it.

Once a plaintiff establishes negligence as a matter of law, the burden of proof shifts to the defendant. The defendant can then show that he or she was not negligent.

A defendant can do this by offering evidence that:

Example: Linda is using her cell phone while driving. She rear-ends another driver, John. John suffers neck injures because of the collision.

John eventually files a lawsuit against Linda to recover damages from the injury. The state they live in has a statute that says it is illegal for a motorist to use a handheld device while operating a vehicle.

At trial, John introduces evidence of this statute to show that Linda was negligent as a matter of law. He alleges that she was negligent because she was using her cell phone while driving, and thus, violated the law.

Linda can then rebut the presumption. She does so by showing that she was on her phone to report an emergency. She had just observed an accident and noticed a badly hurt pedestrian. Here, Linda’s rebuttal works because it shows that she tried to comply with the law, but she had to violate it because of an emergency. Her violation was reasonable under the circumstances. 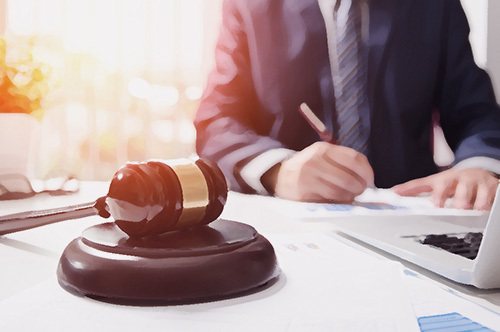 One defense to “negligence as a matter of law” is that there were no injuries.

3. What are the defenses in negligence per se cases?

In addition to rebutting a per se negligence presumption, defendants can use a defense to challenge these allegations.

Defense lawyers draw on several legal strategies to challenge these charges. These include showing that:

3.1. No violation of a statute

Recall that negligence as a matter of law only works if a person violated a statute or law. This means that it is always a defense for a defendant to show that he/she did not break a law.

3.2. Plaintiff not in a protected class

Example: Brian and Megan are a married couple. Brian rushes Megan to the ER because of an emergency medical condition. An ER doctor causes Megan further complications because of errors made in treating her. The errors are in clear violation of a state medical malpractice law (which seeks to protect injured patients). Brian files a lawsuit against the doctor for medical malpractice.

Here, the doctor can successfully challenge any negligent per se claim. Granted, the physician may have violated the law, but Brian was not in the class of people that the law wanted to protect. He was not a patient or a person experiencing emergency medical needs.

Note, though, that Megan could make a negligent per se claim. She was in a protected class because she was a patient and the law sought to protect people in need of medical care.

3.3. Defendant’s violation did not cause an injury

A plaintiff can only succeed in a negligence per se claim if he/she actually suffered some harm. This means it is always a defense for a defendant to show that:

It is also a defense if a violation was not a substantial factor in causing the plaintiff’s harm.

4. How does negligence per se differ from res ipsa loquitor?

The theory, though, is different because it uses circumstantial evidence to prove negligent conduct – not the violation of a law.

It allows a judge or jury to infer negligent conduct when:

Example: A small plane crashes into the ocean on a clear day. An inspection reveals no defective parts, no birds in the engine, and no other planes in the area. The plane’s only passenger was belted into his seat and the pilot was not on the radio at the time of the accident. The logical explanation is that the pilot was negligent for the crash in some way.

To make use of res ipsa loquitur, the plaintiff must establish three things:

5. Does negligence per see apply in California?

Courts in California apply the common law doctrine of negligence per se. Under this doctrine, a person who violates a statute and thereby injures someone is presumed to have acted with negligence.

Evidence Code 669 is the California statute that:

State law also says that a defendant can rebut a presumption by showing the trier of fact (the court) that:

Call our law firm for help with your case. Our personal injury lawyers provide free consultations.

Please see our articles on negligence per se claims in Nevada and Colorado: