Aside from the CHP Lockup facility in Sacramento, the CHP does not operate its own system of jails.

If arrestees are not released on bail or their own recognizance, they are held in these facilities until their arraignment. They can be held in custody for a few days. If they do not post bail after their arraignment, they may be moved to another facility.

Finding which jail someone is being held in can be difficult. It often takes several hours for any information to become available. This delay is in large part due to the booking process. 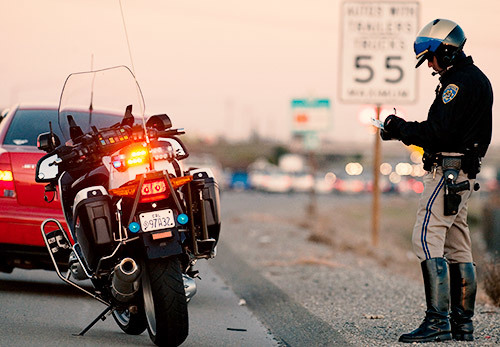 People arrested by CHP are taken to local county jails or holding facilities.

What jails does the CHP use?

When officers in the CHP make an arrest, they will bring the suspect to a local county jail or holding facility. These include:

These facilities are scattered throughout the state.

When CHP makes an arrest, they usually bring the suspect to the facility that is closest to the arrest. However, this is not always feasible. In some cases, the nearest facility has no space.

Additionally, if the person arrested is a woman, the CHP might bring her to the nearest women’s jail, instead.

What is the CHP?

The CHP is the California Highway Patrol. Since 1995, it has been the state police force. It investigates potential criminal activity by patrolling the highways in California. It also protects

Most of the CHP’s activity is on the state’s roadways, including:

This means that the majority of the cases handled by the CHP include:

However, officers in the CHP have jurisdiction to enforce state laws off the highway, as well.

Does the CHP use the California Highway Patrol Lockup prison?

There is a medium-security jail in Sacramento called the California Highway Patrol Lockup. Despite the name, this is not where all arrestees are taken by the CHP.

People who have been arrested in the immediate area may be brought to this facility. However, arrestees in the rest of the state are unlikely to be brought here.

How can I find someone who has been arrested by CHP?

If someone you know has been arrested by the CHP, finding them can be difficult. There are 2 pieces of information that are important to know when looking for an arrestee:

For several hours after the arrest, there is often no information about where a suspect is being held. He or she is probably in transit or is being booked. This can take even longer if the arrestee is a woman. She may be in transit to a women’s-only facility that is further away.

Only after booking will the CHP have a record of the arrest. Until a record is made, it can be nearly impossible to find someone who has been arrested.

Once the time has passed, you can find someone arrested by CHP by calling the offices closest to the arrest site. You can find a CHP office here.

You can also use an online inmate locator tool. These tools, however, may not show an arrestee for several days.

Why does it take so long to find an inmate?

The arrest and booking process is a big reason why it can take several hours for the information to come out.

When the CHP initiates a traffic stop and makes an arrest, they will bring the suspect to jail. Even in urban areas, this can take around 30 minutes. In rural areas, it can take closer to an hour.

Once at the jail, the suspect will be booked. The jailer will confiscate and catalog his or her:

If there are other people being booked, the suspect will have to wait in a holding cell. This can take up to another hour.

When it is the suspect’s turn, the jailer will:

This booking process can take up to an hour for the jailer to complete. Only then will a record be added to the computer system. Until this record is created, it can be impossible to find someone who has been arrested by CHP.

Once an arrestee has been booked, they can be:

Anyone released on O.R. can leave jail by signing a form. That form promises that he or she will appear for the arraignment. No bail has to be posted to be released on O.R. It is rarely an option for suspects behind held for serious charges.

Arrestees held on bail will have to post the bail amount to leave jail before their arraignment.

Anyone held without bail will have to stay in jail until the arraignment.