In California criminal cases, a motion to suppress evidence is a pretrial motion by the accused asking the court to exclude evidence obtained by way of an illegal search or seizure. Often called a "suppression motion" or "1538.5 motion," a defendant makes the motion either (1) as part of the preliminary hearing or (2) at a separate pretrial hearing.

If the court grants the motion to suppress evidence (that is, rules in favor of the defendant), then the prosecutor is barred from introducing the evidence in question at trial.1 This often results in the case being dismissed, or a plea bargain agreement more favorable to the defense.

Penal Code 1538.5 provides that a court shall suppress evidence that was obtained:

Procedure for a Penal Code 1538.5 motion to suppress evidence

A motion to suppress evidence is part of the pretrial process. This means that in most cases it will be filed and decided before a criminal trial actually begins.4

Depending on whether you are charged with a misdemeanor or a felony, your motion to suppress evidence may be addressed:

A motion to suppress evidence is just one kind of pretrial motion that your criminal defense attorney may file in order to start fighting the charges against you before your trial even begins. Other pretrial motions include Penal Code 995 PC motions to set aside the information, and Pitchess motions to obtain more information on potential police misconduct.

In order to help you better understand how a Penal Code 1538.5 PC motion to suppress works, our California criminal defense attorneys6 will address the following: 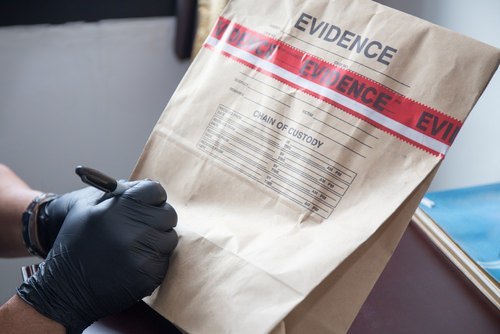 Penal Code 1538.5 PC authorizes a defendant to move for the exclusion of any evidence that is the product of an unlawful search and seizure

For most criminal defendants, the former result—suppression of illegally-obtained evidence—is a far bigger priority. This is because the prosecution may not have a solid case against them if that evidence is excluded.

1.1. Legal definition of an “unlawful search or seizure”

Penal Code 1538.5 PC sets out the reasons why a search or seizure may be unlawful—and, by extension, why a motion to suppress the evidence obtained in that search may be granted.

The rationale behind a Penal Code 1538.5 motion goes back to the Fourth Amendment to the U.S. Constitution9—and Article I, Section 13, of the California Constitution.10 These constitutional sections provide that all citizens have the right to be free from unreasonable searches and seizures.11

Example : Travis is an African-American man who lives in an affluent neighborhood. While driving home late one night, he is pulled over by the police. Travis has been obeying all traffic laws—and is pulled over solely because the police were engaging in racial profiling.

The cops order Travis out of his car and conduct a “pat down” search. They discover cocaine in his pocket. Travis is then booked and arrested—and is now facing California Health and Safety Code 11350 HS drug possession charges.12

As part of the pretrial process, Travis and his attorney file a motion to exclude the cocaine as evidence. They argue that 1) the pat-down search of Travis was done without a warrant, and 2) the search was unreasonable under the circumstances.

Example : George owns a motel. Police suspect him of engaging in theft of power tools, and they search his motel under a warrant that allows them to look for stolen power tools. They find no tools—but they do seize several TV sets that turn out to be stolen. George is charged with receiving stolen property.

1.2. Burden of proof for a motion to suppress

The question of who bears the burden of proof—the prosecution or the defendant—on a Penal Code 1538.5 motion to suppress depends on whether or not the search or seizure was conducted without a warrant.14

Example : Melissa is being charged with sale or transportation of a controlled substance. She wants to use a Penal Code 1538.5 motion to challenge the admission of written records discovered in her apartment that are alleged to pertain to drug sales.

Specifically, she and her lawyer plan to argue that the search warrant under which police officers conducted a search of her home was not specific enough with respect to items that the officers were supposed to be looking for.

Because the search was conducted with a warrant, Melissa will bear the burden of showing that the warrant was so vague that it was invalid on its face—and the officers could not have reasonably believed it was valid.

Before the court will even entertain your 1538.5 motion to suppress evidence, you must prove that you had a “reasonable expectation of privacy” in the place that was searched or the items that were seized. If you didn't have a reasonable expectation of privacy, then the search or seizure couldn't have been illegal—and the evidence, therefore, shouldn't be suppressed.19

Places and property in which you do not have a reasonable expectation of privacy in California law include:

But you do have a reasonable expectation of privacy in

Example: Rich is accused of murdering and robbing a woman.

Not long after the murder takes place, Rich checks into a motel room. The next morning, he leaves the room without checking out, leaving behind his car and some of his possessions.

The motel owner calls the police, who search the motel room without a warrant. They find some of the murder victim's possessions in the room and charge Rich with the crime.

This is known as “derivative” evidence.28 And the legal theory under which it is also suppressed is known as the “fruit of the poisonous tree” doctrine.29

Example : As part of an investigation into a criminal fraud case, police illegally search a computer without a warrant and discover some incriminating electronic files.

They know they cannot seize the computer and use it as evidence—so instead they issue a subpoena to the criminal defendants for those same electronic files. The defendants have no choice but to hand over the computer.

Those files cannot be used as evidence against the defendants. That is because they are “fruit of the poisonous tree.” Even though they were technically obtained legally—through the subpoena—the police would not have known about them were it not for the illegal search.30

If you try to argue through a Penal Code 1538.5 motion that certain evidence is “fruit of the poisonous tree” and should be excluded, the prosecution will try to get the evidence admitted anyway by arguing one of three theories:

2. What happens at a motion to suppress hearing?

If you face only misdemeanor charges, your criminal defense lawyer may file a 1538.5 motion to suppress evidence as early as your California arraignment.34

As part of the pretrial process, this motion must be heard prior to your jury trial—and will be argued and ruled on at a special pretrial hearing known as a “suppression hearing.”35

The only exception to this is if you do not discover that evidence against you was illegally obtained until your trial has already begun. In cases like this, you may bring a motion to suppress evidence during the course of the trial.36

The suppression hearing is where both sides have the opportunity to argue their positions on the motion to suppress. It takes place before a judge—not a jury.

The suppression hearing will involve some or all of:

Penal Code 1538.5 suppression hearings are subject to the rules of the California Evidence Code.40 The exception is that hearsay (that is, out-of-court statements that are offered for their truth)—which is not admissible in normal criminal trials—may be admissible at a suppression hearing.41

2.4. The ruling on a motion to suppress evidence

Once the judge has heard all of the evidence, s/he must decide whether to exclude or admit the controversial evidence—that is, whether to grant or deny the Penal Code 1538.5 motion. Depending on the circumstances, the judge may also decide to grant the suppression motion in part—excluding some, but not all, of the evidence in question.

If the motion to suppress evidence is granted, the prosecutor's case against you may well fall apart. S/he may choose to

But if the prosecutor is determined to press forward with the charges anyway, s/he may also

If the judge rules against you (i.e., denies the motion to suppress), the evidence will remain admissible. At that point, you and your attorney will discuss whether you should

If your motion to suppress is not granted, you may file an appeal of the ruling—within 30 days of the ruling.44

2.5. Proceedings where suppressed evidence is admissible

The rule that illegally-obtained evidence cannot be admitted in a criminal trial—which is known as the “exclusionary rule”—does not apply to all legal proceedings.45

Therefore, even if you win on a motion to suppress evidence, that evidence may still be admissible at

3. Are there other pretrial motions to bring?

A Penal Code 1538.5 motion to suppress is only one of several kinds of motions your California criminal defense attorney may choose to file as part of the pretrial process. Others include:

3.1. Penal Code 995 PC motions to set aside the information

A Penal Code 995 PC "motion to set aside the information" is essentially a request for the judge to dismiss one or more of the charges against you.47 It makes sense to file this motion if you and your attorney believe that either:

A California Pitchess motion is a request for information contained in a law enforcement officer's personnel file.49 Criminal defense lawyers typically raise this motion when they believe that their client has been the victim of police misconduct.

Pitchess motions are only valid if you can show “good cause” to believe that the officer might have engaged in misconduct, and that the misconduct is relevant to your defense case.50

If the judge believes that the defense has demonstrated good cause as to why the sought information is material to the case, s/he will conduct an in camera Pitchess hearing. An "in camera" hearing is one that is private rather than conducted in open court like a suppression hearing.

If you or a loved one is in need of help with Penal Code 1538.5 PC motion to suppress evidence and you are looking to hire an attorney for representation, we invite you to contact us at Shouse Law Group. We can provide a free consultation in office or by phone. We have local offices in Los Angeles, the San Fernando Valley, Pasadena, Long Beach, Orange County, Ventura, San Bernardino, Rancho Cucamonga, Riverside, San Diego, Sacramento, Oakland, San Francisco, San Jose and throughout California.

For more information on law and motion in Nevada's criminal court system, please see our pages on motions to suppress evidence in Nevada criminal cases.