Can "995 Motions" get your case dismissed? (Former DA explains)

A California Penal Code 995 motion asks the trial judge in a felony case to dismiss one or more of the charges. The defense makes the motion after a California preliminary hearing but before trial.

A 995 motion (pronounced “nine-nine-five”) is essentially an appeal of the preliminary hearing judge’s decision to set the case for trial. Technically it is known as a “motion to set aside the information.” “Information” is the legal name for the complaint in a California felony trial.

Thus a 995 motion asks the trial judge to “set aside” (dismiss) all or part of the complaint. The judge will grant the motion if there were insufficient legal grounds to bind the defendant over for trial.

To help you better understand 995 motions, our California criminal defense lawyers discuss the following, below: 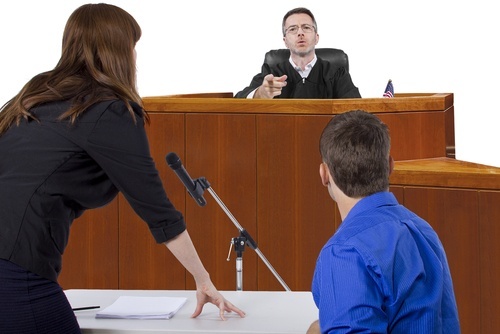 A motion under California Penal Code 995 asks a trial judge to dismiss all or part of a criminal case.

It applies in cases in which:

The motion may also apply to a prosecutor’s request for sentencing enhancements and/or allegations of special circumstances.

All the charges – including enhancements and special circumstances – must be supported by facts. The preliminary hearing judge must decide if those facts are strong enough to merit a trial.

When a defendant is charged with a felony there is a preliminary hearing. At this hearing, a judge determines whether there is enough evidence to send the case to trial.[2]

If so, the judge will “hold the defendant to answer” for the crimes. This means the case can move forward. The prosecutor will then file an “information” (complaint) with the trial court.

Once the prosecutor files the information with the trial court, the defense can make a Penal Code 995 “motion to set aside the information.” This is usually done before any other California pretrial hearings.

In essence, the motion asks the trial judge to review the preliminary judge’s decision.

The purpose of the preliminary hearing is to “weed out groundless or unsupported charges.”[3]

Charges are considered groundless or unsupported when:

If either of these applies, the trial court will grant the motion to set aside the information.

Let’s take a closer look at what these two things mean.

3.1. The defendant was illegally committed for trial

A defendant is “illegally committed” when he or she is denied of a substantial right during the preliminary hearing. Such rights include (but are not limited to):

3.2. The defendant was committed without probable cause

The Due Process Clause of the Fourteenth Amendment requires that a judge have probable cause in California to try someone for a crime.

This means that a judge can only send a case to trial if the allegations in the complaint are supported by facts.[8]

The facts do not need to prove that the defendant is guilty beyond a reasonable doubt. That determination is for the jury (or, in a bench trial, the judge).

But the facts must be sufficient enough that a reasonable person could have “an honest and strong suspicion that the defendant is guilty” of the crime(s) charged.[9]

“As long as there is some evidence that supports probable cause, a judge cannot grant a 995 motion.[11] Still it is often worth bringing the motion anyway. A 995 motion is an opportunity to highlight weaknesses in the prosecution’s case at an early stage.”

Lack of probable cause and illegal commitment can arise in a number of situations. Some of the most common include (but are not limited to):

Evidence of a crime may not be obtained by violating federal or California search and seizure laws. If the only evidence in the case came from an illegal search, the judge should grant the 995 motion.[12]

Example: The police pull Bill over for a broken brake light on his car. During the stop, Bill is polite and cooperative. He does not seem intoxicated. But the police tell Bill to open his trunk. Inside they find a bag of cocaine. Bill is arrested and charged with Health and Safety Code 11350, possession of a controlled substance and Health and Safety Code 11351, possession of drugs for sale.

But the police had no probable cause to suspect Bill of a crime. So ordering him to open his trunk was illegal. If there is no other evidence, the preliminary hearing judge should not set the case for trial. If he or she does, however, Bill’s California criminal defense attorney should be able to prevail on a 995 motion.[13]

The prosecution must introduce facts to support every element of the charges, including:

Example: Let’s say in the above example that Bill was acting suspicious. This gave the police probable cause to search his trunk. But the prosecutor presents no evidence of intent to sell (such as scales or separate baggies). The complaint simply contains the bare allegation that Bill intended to sell the cocaine. Since there are no facts to support the allegation, Bill’s 995 motion should be granted as to the possession for sale charge.[14]

Sometimes the preliminary judge makes a factual finding that tends to establish the defendant’s innocence.

A common example is a ruling that a key eyewitness is not credible.[15] For instance, a witness may not have been able to adequately identify the defendant because of poor lighting and distance from the crime scene. Or the witness may have testified only that the defendant “looked like” the perpetrator.[16]

If this is the only evidence supporting a complaint, the preliminary hearing judge should not commit the charge to trial. If he or she does, it’s an error. The trial judge should grant the 995 motion.

The Due Process Clause requires a prosecutor to disclose any and all evidence that is favorable to the defendant.[17] If he/she willfully fails to do so, the charges should be dismissed.

Example: When the police stop Bill in the example above, Bill tells them he borrowed the car from his neighbor. During their investigation, the police speak to several other people who tell them Bill asked to borrow a car from them earlier that evening. The prosecutor does not disclose this to Bill. Since their testimony could have helped prove that Bill was telling the truth, the failure to disclose it violates Bill’s due process rights.

3.3.5. Failure to file the information within the deadline

The prosecutor has only 15 days after the preliminary hearing in which to file the “information” (trial complaint) against the defendant.[18]

If the prosecutor does not file the complaint within 15 days of the preliminary judge’s order, the trial judge should grant the defendant’s 995 motion to dismiss the case.[19]

4. What charges can a motion to set aside the information apply to?

But a criminal complaint often combines both felony and misdemeanor counts. It may also allege facts in support of:

The defense can use a 995 motion to challenge any of these counts, enhancements or circumstances, including the misdemeanors.[20]

The defense will typically file a 995 motion after the case is assigned to a trial judge and before any other pretrial proceedings.

The judge will usually issue a decision immediately after the arguments conclude. But he or she may occasionally continue the case in order to consider the arguments further.

If the trial court grants a 995 motion, the affected charges will be dismissed. But the prosecutor has the right to appeal the decision.

While the appeal is pending, the prosecutor can:

Or the prosecutor can skip the appeal and simply re-file the charge(s) in a new complaint. But California follows a “two dismissal” rule. Under this rule, charges that have been dismissed twice can generally not be prosecuted again.[22]

6.1. What happens to my bail if my case is dismissed?

If all the charges are dismissed after a 995 motion, the court must either:

If the judge denies a 995 motion, the defendant has the right to appeal the decision. The time in which the appeal must be filed depends on the original grounds cited in the motion.

If the grounds were an illegal commitment, the defendant has until 60 days from the date of his or her California arraignment to file an appeal.[25]

If the grounds were commitment without probable cause, the appeal must be filed within 15 days of the judge’s denial of the 995 motion.[26]

If the defendant does not appeal or loses the appeal, the case will proceed toward trial.

Charged with a crime in California? Call us for help…

If you or someone you know has been committed for trial, we invite you to contact us for a free consultation to discuss your case.

Our California criminal lawyers have a great deal of experience with 995 motions and other pretrial proceedings.

To speak for free to a lawyer, call us at (855) LAWFIRM. Or complete the form on this page and we will schedule a callback at a convenient time.