California criminal defense attorney Neil Shouse discusses 10852 VC, California’s law that makes it a crime to “tamper with a vehicle”. In California, when someone steals a license plate, rims, or other parts off of a vehicle, or enters the vehicle to tamper with the belongings, they have violated Vehicle Code 10852. However breaking into a vehicle to steal items inside, can lead to an auto burglary charge, and actually stealing the vehicle itself can lead to charges of grand theft auto. If you are convicted of California Vehicle Code 10852, you could face up to 1 year in prison, though sometimes judges may grant probation in lieu of jail time. Common defenses to 10852 VC are witness misidentification, permission of the vehicle owner, and/or that the police violated your rights when detaining or searching you. More info at https://www.shouselaw.com/10852-vc or call (888) 327-4652 for a free consultation. If you or a loved one is charged with a crime we invite you to contact us at Shouse Law Group. We can provide a free consultation in office or by phone. We have local offices in Los Angeles, the San Fernando Valley, Pasadena, Long Beach, Orange County, Ventura, San Bernardino, Rancho Cucamonga, Riverside, San Diego, Sacramento, Oakland, San Francisco, San Jose and throughout California.

10852 VC is the California Vehicle Code section that makes it a crime for a person either (1) willfully to tamper with or injure a vehicle as a whole, or (2) willfully to break or remove individual parts of a vehicle. “Tamper with” is defined as “to interfere with.”

Specifically, VC 10852 states that “no person shall either individually or in association with one or more other persons, willfully injure or tamper with any vehicle or the contents thereof or break or remove any part of a vehicle without the consent of the owner.”

Luckily, there are several legal defenses that a defendant can raise if accused of a crime under this statute. These include showing that the defendant:

A violation of vehicle code 10852 is charged as a misdemeanor (as opposed to an infraction or a California felony). The offense is punishable by: 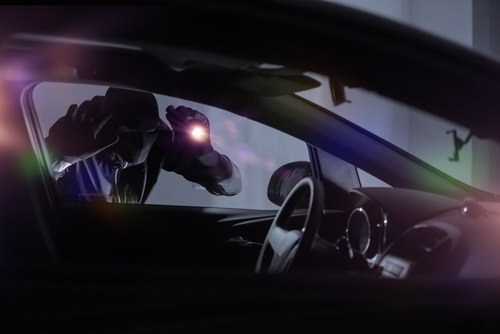 1. When is it a crime to tamper with a vehicle?

Vehicle Code 10852 VC is the California statute that makes it a crime for a person to either:

“Tamper with” is defined as “to interfere with.”2

Note that for an accused to be guilty under this statute, it is necessary that he act without the consent of the vehicle owner.3

Also note that someone commits an act willfully when he does it willingly or on purpose. It is not required that the person intends to:

A person acts “in association” with one or more other people, when he joins with another to accomplish a common unlawful purpose.6

2. What are some common legal defense strategies?

Recall that VC 10852 states that a person is guilty of tampering with a vehicle only if he acts without the consent of the vehicle owner. This means it is always a legal defense for an accused to show that, while he did something with a vehicle, he had the owner's approval to do so. For example, maybe he got something from within the glove box after the owner asked him to do so.

Thus, it is a valid defense for a defendant to say that a party falsely accused him of violating VC 10852.

A violation of vehicle code 10852 is charged as a misdemeanor. The offense is punishable by:

4. Are there relates offenses?

There are three crimes related to tampering with a vehicle. These are:

Under California law, burglary of an automobile is actually a subset of the general crime of burglary under Penal Code 459 PC.

The crime takes place when someone enters a locked automobile or its trunk, with the intent to either:

Auto burglary is a form of so-called "second-degree" burglary in California.9

Second-degree burglary is a wobbler offense, meaning that it can be charged as either a misdemeanor or a felony, depending on the prosecutor's discretion.10

If charged as a misdemeanor, the maximum penalty is imprisonment in the county jail for up to one year.11

If charged as a felony, the jail sentence may be 16 months, two years, or three years.12

California Vehicle Code 10851 VC is the California statute that makes it a crime for a person to drive or take someone else's vehicle without that person's consent.

A crime committed under VC 10851 is sometimes referred to as “joyriding.”

Under Vehicle Code 10851 VC, the crime of unlawfully taking or driving a car is a wobbler offense, meaning that it can be charged as either a misdemeanor or a felony.

Vehicle Code 10853 states that it is a crime for a person to commit malicious mischief to a vehicle.

Under VC 10853, a person can commit malicious mischief in one of two ways.

Second, a person can also commit malicious mischief to a vehicle if:

California law states that “malicious mischief” is when a person defaces, damages, or destroys the property of another without consent.17

Under Vehicle Code 10853 VC, malicious mischief is a misdemeanor offense.18

Were you accused of tampering with a vehicle in California? Call us for help…

If you or someone you know has been accused of a crime under Vehicle Code 10852, we invite you to contact us for a free consultation. We can be reached 24/7 at 855-LawFirm.

For similar accusations in Colorado, please see our article on: “Tampering with a Motor Vehicle in Colorado CRS 42–5–103.”