What is an Undetectable Firearm and is it Illegal in California? 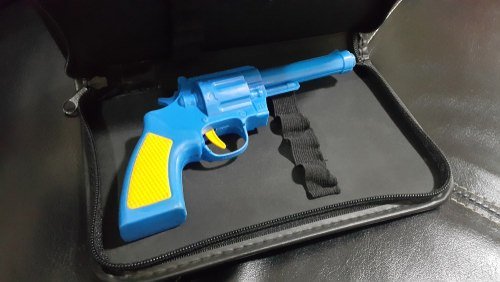 Undetectable firearms are also referred to as plastic guns or ceramic guns. They are firearms that go undetected in walk-through metal detectors, thus the name “undetectable.”

Under California Penal Code 24610, the following acts are illegal in California when it comes to undetectable firearms:

If a person performs any of these acts with an undetectable firearm, he can get charged with either a misdemeanor or a felony, depending on the specific facts of a case. The penalties for either charge can include imprisonment for one to three years and/or substantial fines.

PC 24610 is California's statute governing undetectable firearms. According to this code section, it is a crime if any person:

manufactures or causes to be manufactured, imports into the state, keeps for sale, or offers or exposes for sale, or who gives, lends, or possesses any undetectable firearm…

A violation of Penal Code 24610 PC is a wobbler offense, meaning that it can be charged as either a misdemeanor or a felony.

There are two other statutes that prohibit undetectable firearms. The first is California Penal Code 16590 PC, which prohibits certain categories of weapons in California. Undetectable weapons are specifically banned (for the same acts listed in PC 24610) under section PC 16590 (w).

The second statute is a federal statute – the Undetectable Firearms Act. This act makes it a federal crime for a person to do the following with an undetectable firearm: