Penal Code 16590 PC is the California statute that prohibits manufacturing, selling, and/or possessing certain dangerous weapons. These generally prohibited weapons include items like:

A defendant can try to beat a charge under this statute with a legal defense. Common defenses include:

A violation of these laws is a wobbler. This means a prosecutor can charge the offense as either:

At most, the crime is punishable by custody in county jail for up to three years. 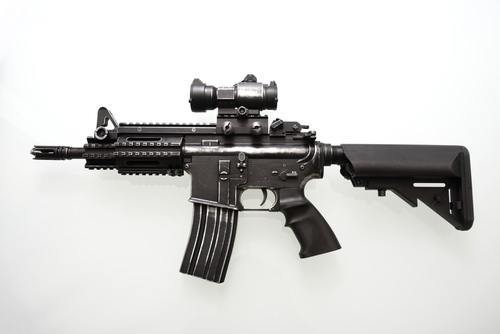 1. What are California’s generally prohibited weapons?

Penal Code 16590 PC lists several weapons that are generally prohibited in the State of California. These weapons include:

2. What activities are illegal re these weapons?

Under this statute, it is a crime for a person to knowingly:

Questions often arise under these laws on the meaning of:

Also note that certain people and weapons are exempt from prosecution under these laws.

A person is only guilty under this statute if he acts while knowing that an object is:

It is enough that the defendant knew the object was capable of being used as a weapon.2

Example: Isabella goes to a swap meet and buys a great-looking antique cane. She has no clue, though, that it contains a sword. She later tries to take it through airport security and TSA discovers that it has a blade hidden inside it.

Here, Isabella is likely not guilty of possessing a generally prohibited weapon because she had no knowledge the cane was an illegal:

California law says that a person “possesses” an object when he either:

An accused has “actual” possession of something when he:

This includes when a person has a weapon:

A person has “constructive” possession of something when he:

Example: Tim brings a set of brass knuckles into the State of California. He takes them and puts them in his home’s garage. The police stop and arrest him the next day on suspicion of having a prohibited weapon.

Here, Tim is guilty of both possessing brass knuckles and importing them into the state. As to possession, while he was not carrying them when arrested, he had control of them via access to his garage.

2.3. People and weapons exempt from prosecution

Certain people and situations are exempt from prosecution under this statute. Some of these include:

Fortunately, there are defenses to this charge…

A defendant can contest a charge under these laws with a good legal defense.

A person is only guilty under this statute if he performs some act with a “generally prohibited weapon.” This means one of the weapons listed above or specifically listed within Penal Code 16590. A defense, therefore, is for an accused to say that:

Recall that a person is only guilty of violating these laws if he knew that an object was:

This means it is a defense for a defendant to say that he did not have this knowledge.

Many charges under this statute arise after an officer stops a suspect and conducts some type of investigation.

But know that authorities cannot:

without a valid search warrant. If no warrant, then they must have a legal excuse for not having one.

A conviction can lead to jail time and/or a fine

A violation of these laws is a wobbler. This means a prosecutor can charge the crime as either:

If a misdemeanor, the crime is punishable by:

If a felony, the offense is punishable by:

A conviction under this statute will typically not have any bad immigration consequences.

If convicted of a crime, sometimes a non-citizen can be:

An example is when a non-citizen gets convicted of an aggravated felony.

California courts, though, have ruled that:

A person can get a 16590 conviction under expunged.

A judge will award an expungement provided that the defendant successfully completed:

An expungement is favorable because it:

A conviction under these laws can have a negative impact on a person’s gun rights.

California law says that convicted felons are prohibited from:

Recall that a PC 16590 violation can be charged as either a misdemeanor or a felony.

Therefore, if a defendant is:

then he will lose his gun rights.

There are three crimes related to illegal acts with generally prohibited weapons. These are:

Penal Code 25850 PC is the California statute that makes it a crime for a person to:

Note that a person is guilty under this law while acting with any firearm. The weapon does not also have to be prohibited under Penal Code 16590.

Penal Code 26350 PC is the California statute that makes it a crime for a person to:

Note that a person can legally carry an unloaded gun in a private residence.

Penal Code 417 PC is the California statute that defines the crime of brandishing a weapon. A person commits this offense by

Note that this statute is not limited to just a gun. It also applies to any object that can be a deadly weapon.